Spoilers below for the first four episodes of Hulu’s Reboot.

You know that thing we LGBTQs do when we watch TV, where we’re into it — but at the same time, we’re like, “This would be better if this woman was gay, and that woman was gay, and this whole other woman over here was gay”? Well, friend, I have got some good news for you: When you watch Hulu’s new star-stacked comedy, Reboot, that eternal wish will come true! Because basically every single woman on this show is, in some way, gay! Surprisingly gay! Hilariously gay! Subversively gay! It is absolute gay chaos that left me howling and clapping and — at one point — kicking my feet in raptures like a 1950s cartoon broad!

It’s like this: Reboot is a modern single-cam comedy about the team that’s decided to remake the classic multi-cam family sitcom, Step Right Up. The brains behind the idea is cardigan-loving thirty-something Hannah (Rachel Bloom), who rides the success of her breakout indie hit, Cunt Saw, into a pitch meeting with Hulu where she convinces them to give her Step Right Up. She wants to bring it back, but make it edgy. That’s enough to convince the series’ original stars — Yale drama school graduate Reed (Keegan-Michael Key), B-lister turned Nordic duchess Bree (Judy Greer), rehabbed loose cannon Clay (Johnny Knoxville) and adult child actor Zack (Calum Worthy) — to come back to the series. 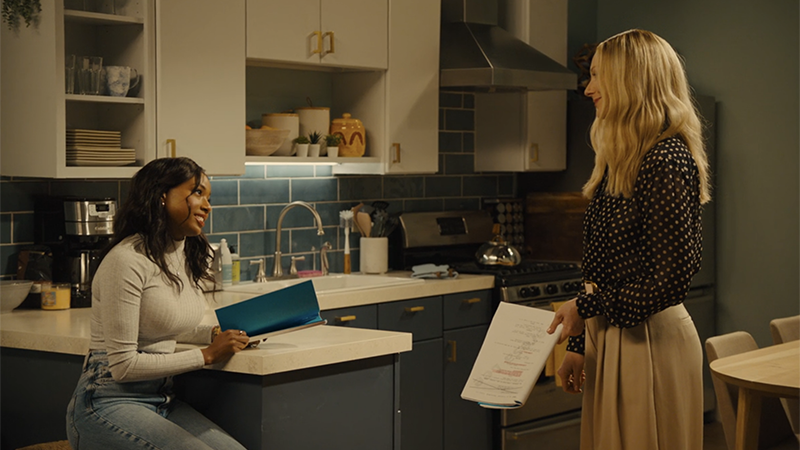 The only problem is, series creator Gordon (Paul Reiser) still owns the rights to the show. If it’s going to air again, he’s going to be part of it. So he agrees to co-showrun with Hannah — who also happens to be the daughter he abandoned to build the new family he based Step Right Up on. She fills out her side of the writers room with woke Zillennials and he fills out his side of the writers room with curmudgeonly (but ultimately lovable!) Boomer industry vets. The only thing they can agree on is that tripping over a trash can is hilarious, in any circumstance.

Reboot is one part BoJack Horseman (skewering inside baseball jokes about Hollywood), one part family comedy (it is by Modern Family creator Steven Levitan, after all), one part Arrested Development (truly unhinged hijinks by a group of narcissists you can’t help but love), and one part Nick at Nite. That sounds like a convoluted mess, but Reboot is surprisingly tight for a first season. Every piece works!

The show’s main move is flipping longtime TV tropes on their head to show how much the world has changed since the chaste and sterile television comedies of the late 1990s and early 2000s — and nowhere is that more apparent than the fact that, as I said, EVERYONE IS GAY. 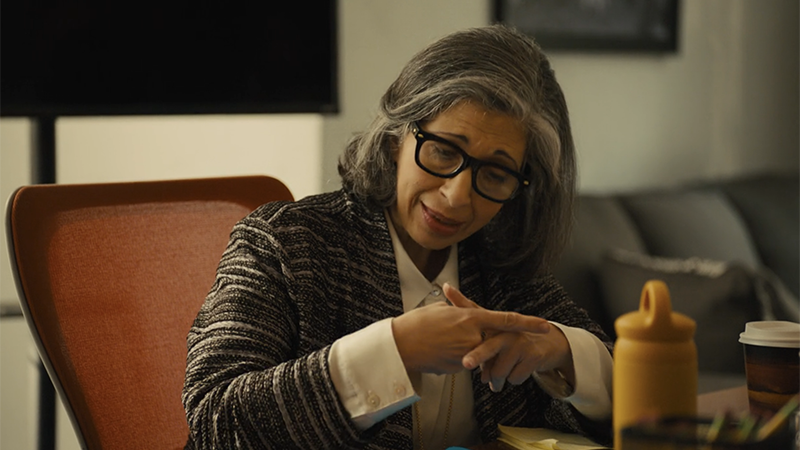 During the original series, Reed and Bree had an intense and toxic on-again/off-again relationship. Just when it seems like they’re headed back down that road, Reboot swerves and Bree finds herself in bed with her new co-star, Timberly (Alyah Chanelle Scott), who rose to fame on the wildly popular reality series, Fuck Buddy Mountain. Timberly is chill about the whole thing. Bree wakes up and starts Googling “does one time make you gay,” “coming out later in life,” “oscar-winning lesbians.” What’s perfect about Bree’s full-day meltdown that follows her hook-up is that she’s not worried she’s queer, or what it will mean for her career, or what other people will think if they find out she slept with a woman. She just wants to know for sure that Timberly likes her, especially after the hijinks she pulled on Fuck Buddy Mountain!

It doesn’t take long for news of Bree and Timberly’s tryst to spread around the set, leading to an all-day discussion about What Even Is Scissoring in the writer’s room — and also to Hannah realizing she never came out to her dad. Yep, she’s gay too! She proudly says she’s a lesbian, but Gay Benny from the writers room tells her only Billie Jean King still uses the word lesbian. She tries all day to figure out how to talk to her dad about her sexuality, despite the fact that everyone around her keeps telling her it’s seriously not a big deal and she’s a grown-ass award-winning filmmaker, so just do it. When she finally finds the courage to blurt it out during filming, Bree decides to follow her lead. She reaches for Timberly’s hand and declares, “Everyone! I was also gay last night! That’s right, I’m a Sexual Fluid, and there’s nothing wrong with that!” 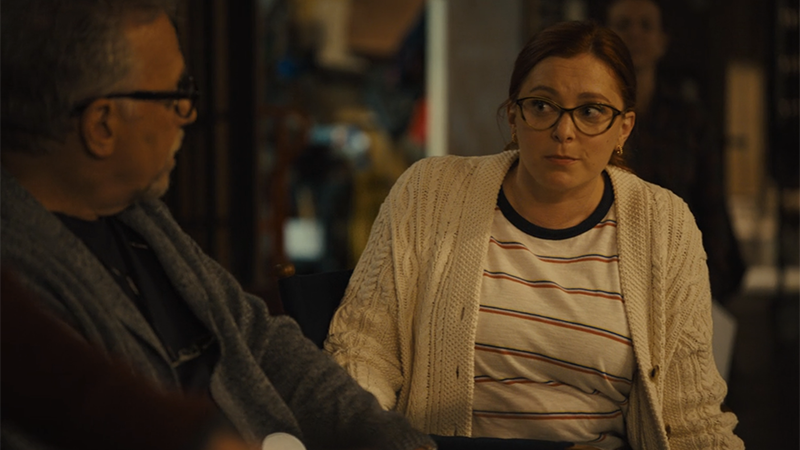 My crazy ex-girlfriend? Yeah, I’m still friends with her.

Despite the fact that queer women are generally accepted to be the funniest people on earth, and the fact that the world is flush with lesbian stand-ups, there’s always been a dearth of us on TV comedies. And when we do exist, it’s usually the same old Joey and Chandler-style punchlines. Reboot not only lets us in on the joke; it presents us a full and vibrant multi-faceted community with nothing to be ashamed of — unless we’re the ones tripping over the trash can.