Imagine this: you’ve already watched Prime Video’s A League Of Their Own TV series all the way through five times, read every recap, learned the history, laughed at the homophobic reviews, taken the quiz, spotted the easter eggs — and still, you want more! Well, have I got news for you: there are five (5) deleted scenes available on Prime Video.

All you’ve gotta do is click on “X-Ray” when you’re viewing an episode and then click on “Bonus Content.” (The bonus content doesn’t show up when I try to access it through my Apple TV, but it’s easily accessible on my computer interface and also works for a Fire Stick.) You can do this episode by episode but If you wanna just see the full suite of bonus content available, then go to Episode 8 and do the aforementioned steps and you should find five deleted scenes from the whole season: Clance’s Mansion, Sounds Crowded, It’s In The Walls Now, Free Hot Dogs and Push Back When Provoked. There are also “Inside the Episodes” for every episode of the series! 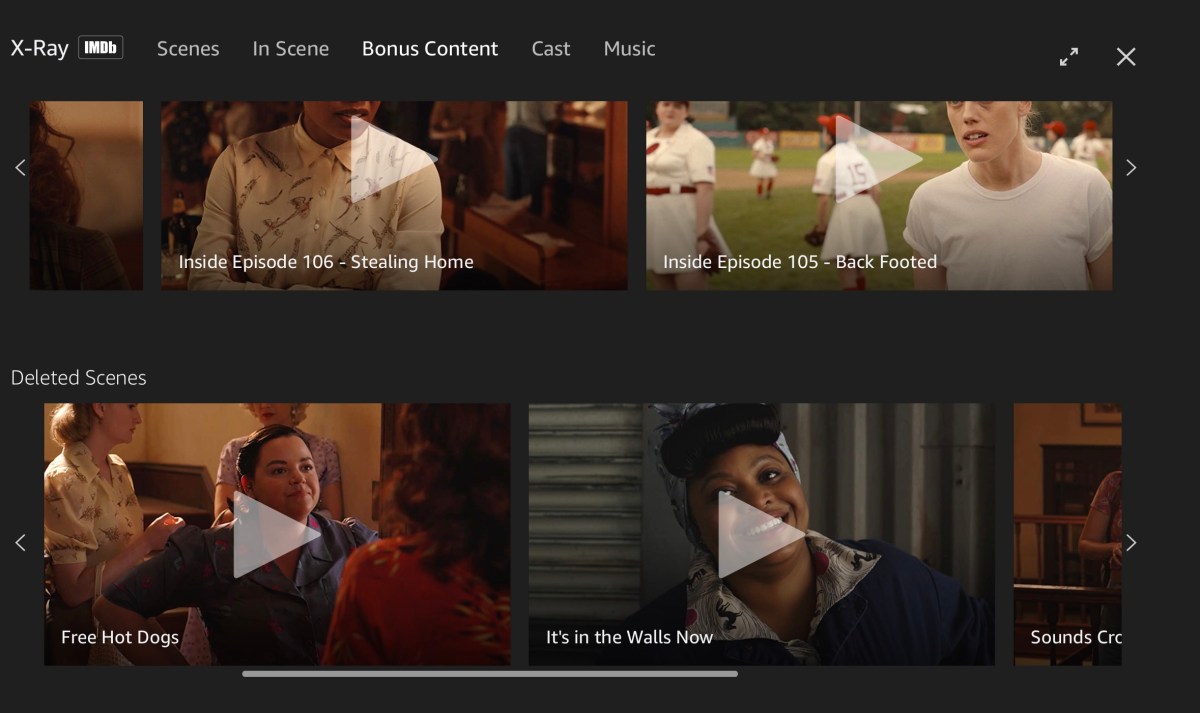 There might be even more where that came from! A fan recently tweeted about the bar scene where it’s revealed that Jess witnessed Carson and Greta falling asleep in each other’s arms, and co-creator Will Graham said that scene actually was written and shot, and then everybody was like EXCUSE ME CAN WE SEE and he was like, I’m looking into it!