What makes a relationship last? I’ve been with my GFF (girlfriend forever), Natalie, for 10 years as of April 24th 2014, and we are often asked how we got here. I guess there is just something mysterious and possibly more treacherous about a long-term queer relationship. I am not sure what the mechanics are but I liken it to 19th century bridge building; a painstakingly rewarding process of learning the landscapes, suspending cables with caution and care to align just right in the middle and not collapse under the weight of the world. In this column I will attempt to breakdown the ideological construct of my healthy relationship with the hope that through my experiences that you can build your bridge with less casualties.

According to a 2011 study by The Williams Institute at UCLA School of Law, 3.5% of the US adult population identify as gay, bisexual or lesbian; 1.1% of women identify as lesbian and 2.2% as bisexual. If Jerry Seinfeld is accurate, and of course he is, 95% of that percentage is UNDATEABLE — that’s slim pickins. While one school of thought might say this would ENCOURAGE fidelity, most of us know quite the opposite is true. For every one of you, there are twenty other rad chicks sewing locks of your hair into voodoo dolls and writing haiku on their typewriters for your girlfriend RIGHT NOW thinking she’s the one. When there is less of anything, “the one” may actually come along as infrequently as one time.

Think about it, I haven’t. 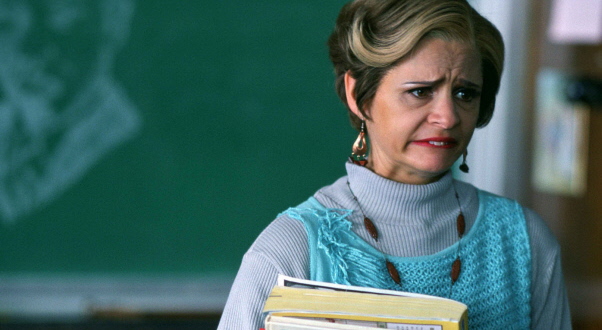 What defense do you have against this endless cavalcade of grand romantic gestures, you ask? In my first installment of How To Keep A Girl For Ten Years, I explore the notion of solidarity through individualism, selflessness and creativity. Below are five things I’ve done in my relationship to ensure a reliable bedrock no amount of unwelcome haiku or Thai soap carvings could shatter.

1. Do Not Merge Your Closets

A go-to for slushy straight girls attempting to identify with lesbian relationships is, “hey, at least your wardrobe doubles, hehehe.” As if it were some sort of consolation prize for all the vagina I’m going to have to endure. Natalie and I never merged our closets (though we do borrow on rare occasions) and we have always had the mutual understanding that personal style correlates to our sense of individuality. Do you really want to be the Jennifer Jason Leigh to her Bridget Fonda? This is a gradual descent into losing your identities and becoming creepy carbon copies of each other. Avoid. 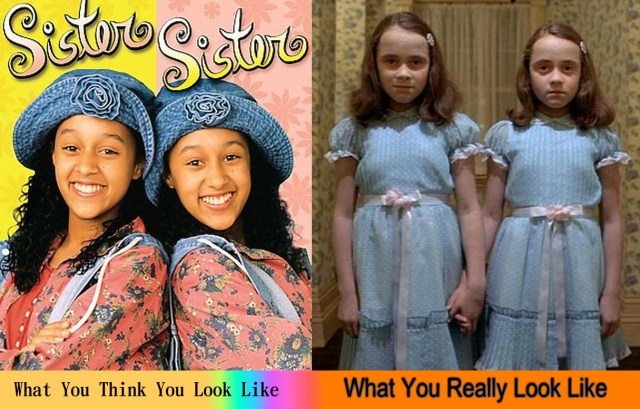 Natalie is the Camille Doncieux to my Monet (if my accomplishments extended past acquiring a taste for sashimi, that is) — she is exceedingly charming and attributively blessed, she encounters the kind of casual fanfare I can only daydream about with every floral denim print I employ. This initially attracted me, then intimidated me, followed by a sense of grief, insecurity and hopelessness — what can I tell her that she hasn’t already heard? Come to find out, when I don’t tell her the positive things I am thinking about her, she naturally assumes I am not thinking them at all. I don’t know what I was afraid of, maybe there is a sense of vulnerability in offering someone a compliment, or an implied submissiveness in the gesture. However, we are no longer deprived of flattery; there is not an inch of her person, intellect or accomplishments I don’t applaud with the vigor and vim of a caffeinated mascot. And she roots for me, too — she’s got the Robyn commemorative pen, the laser etched money clip, the tote, the scarf, the jersey, the decoder ring and the sapphire earrings. Jill Scott said it best — “You can never be too stingy with compliments.” What are you waiting for?

3. Say Goodbye To Exes As Friends (Also, Friends Who Are In Love With You)

A controversial subject, as I know many folks who champion their friendship with the ex as though it were a cherished miracle in the canonization of their relationship sainthood. However, I guarantee their very presence in your life is like a gelatinous toxin congesting the very heart of your relationship with every slurred sentence your ex finishes for you at parties. I included “friends who are in love with you (FILWY)” here as well, possibly even more carcinogenic than the ex. FILWY regenerate like flatworms with every kerfuffle between you and your girl — renewed by the potential demise of your union. That’s some bad ju-ju and who has the time for the sort of ceremonial drumming it’s going to take to clear that mess? I know it isn’t easy to let go of them, they adore you and that’s nurturing your giant ego but it’s time to set them free. 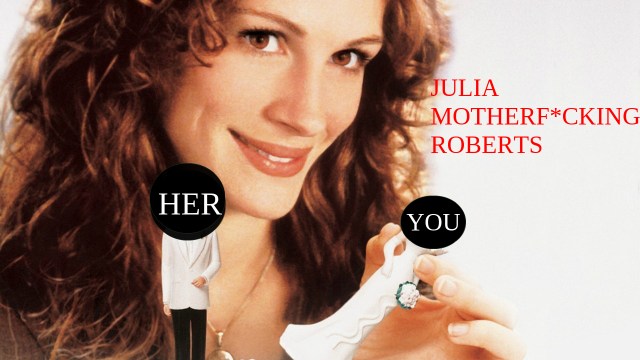 This means YOU, Julia.
Via silvereagleexperiment.blogspot.com

Contrary to what you may have heard, being happily in love shouldn’t stifle creativity. A recent study by Jens Förster, Kai Epstude, and Amina Özelsel at The University of Amsterdam found that being in love alters our pattern of thought, triggering what is referred to as “global processing.” Global processing encourages big picture, “long term” thinking and inhibits logical thinking (local processing, short term) — like, maybe I should dramatically lay in the middle of the road over a small fight. A global thinker may see an odd piece of glass and consider writing a song about it, a local thinker would just avoid stepping on it. People don’t lose their creativity in a happy relationship, they just gain someone to do more fun mindless crap with; Twilight Zone marathons, giant mazes, cooking, carnivals, Disney World, mini golf, Mario Kart, shots of tequila — this stuff is easy and the best in pairs, it’s refined sugar and we overdose on it. Designate one day a week to be creative together or apart and don’t bare down on your happiness like a crutch destroying the very soil that nourished the person she fell in love with in the first place!

I know you’re dying to calmly inquire if she’s trying to make as much noise as possible when putting the dishes away but let it go.

Special Note: This is the experience of just two people in a great big world and doesn’t necessarily reflect what will work for you and yours. Add to the discussion — if you are in a long term healthy relationship, what has worked for you?

Join A+
Related:grown-upsHow to Keep a Girl for 10 YearsMiniserieswe are adults now