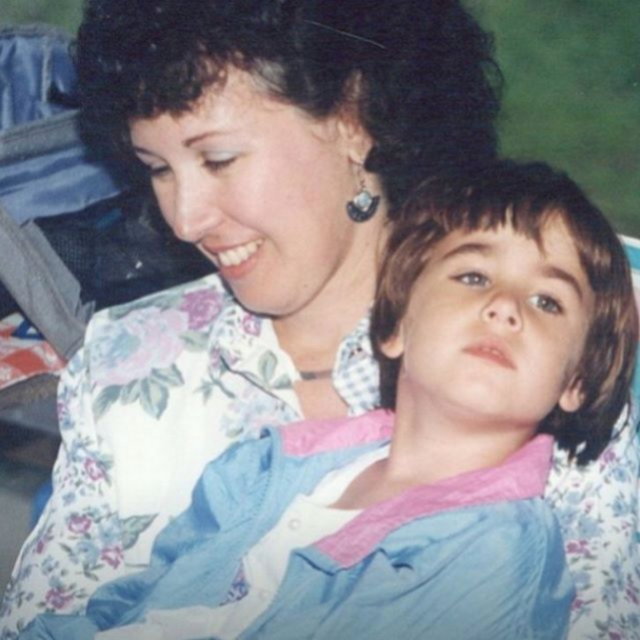 Growing up Italian American, I learned the markers of femininity from an early age; teased hair, long nails, and red lips all contributed to my idea of womanhood. I’ve seen my mother without makeup only a handful of times, but growing up, I didn’t have the time, patience or desire to follow suit.

By sixth grade, when my friends were all shopping at Limited Too, I was a size 16; I dreamed of taking style cues from Fran Drescher on The Nanny, of dedicating a whole section of my closet to cheetah print, but my options were far more matronly. The message from society and my classmates was very clear: plus-size people aren’t supposed to dress the way I wanted to. That’s when I realized that thrifting, shopping in the men’s section, and making my own clothing and jewelry were the only ways I’d ever achieve my ideal look — and that I could prove the skeptics wrong. 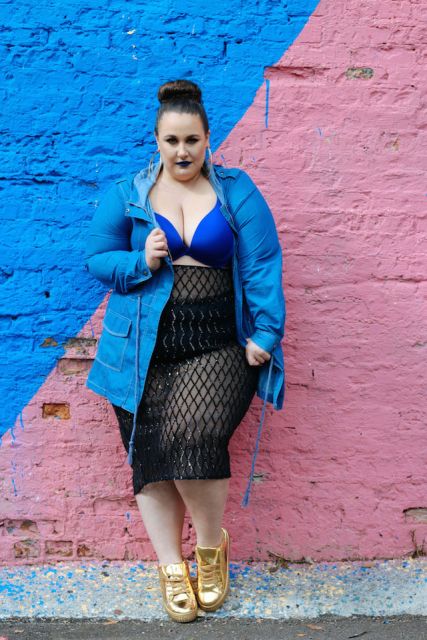 Photo courtesy of Alysse Dalessandro, by Benjamin A. Pete

My own brand, Ready to Stare, was born of the idea that fashion shouldn’t be reserved for those who also subscribed to traditional beauty and gender norms. If your comfort level with yourself challenges this notion, people will stare at you, and RtS allowed me to combat the patriarchal gaze in the only way I knew at that time: staring back. Although I was too scared to be fully myself at the time, my models and support system were largely queer. Fashion was my focus and my freedom, but for years, beauty remained an afterthought.

Eventually, though, I began gravitating toward the high femme aesthetics of my youth. I didn’t want to spend hours on my hair and makeup everyday, but even after mastering the five-minute face, I felt something missing from my look; I still wasn’t totally comfortable with how I presented to others. Then a friend introduced me to Chicago-based nail artist Spifster Sutton, and my world changed. 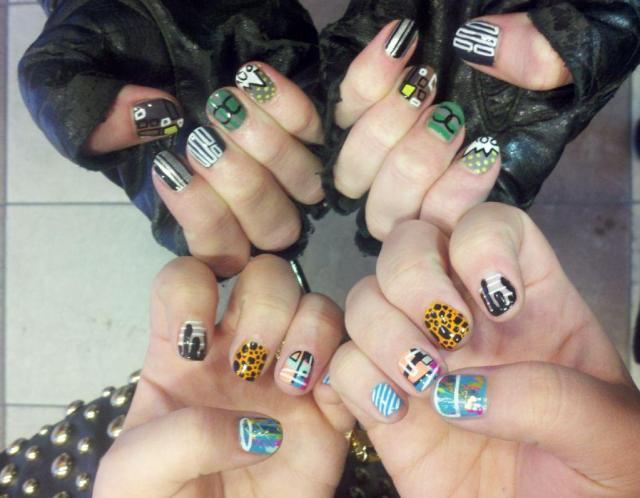 Leaning over my friend’s desk to get a closer look at fingernails painted like strawberries, I was in awe of Spifster’s artistry; I knew not only that I needed to adorn my own nails, but that I wanted to be Spifster’s friend, too. I got my first real taste of nail art at an event she threw, and a full set of her designs later that year with my friend and fellow nail art fan Matt who, in his short shorts, platform shoes, and furs, was unapologetically gaudy; it put me at ease to be there with a friend who was more comfortable in his queer identity than I was at the time.

I was 25 when I first got acrylic nails, and when I had my first real crush on a woman. She was healing from her past relationship and I was still working through my own trauma, and it didn’t feel like we as a couple were going anywhere. I tried to convince myself the crush was fleeting — just as I’d toyed with the idea of having acrylics short-term, before realizing how integral they felt to showing the world who I was. My mom visited that summer, and I came out to her kind of by accident; she asked what was upsetting me, and I decided to finally be honest — with her and with myself. 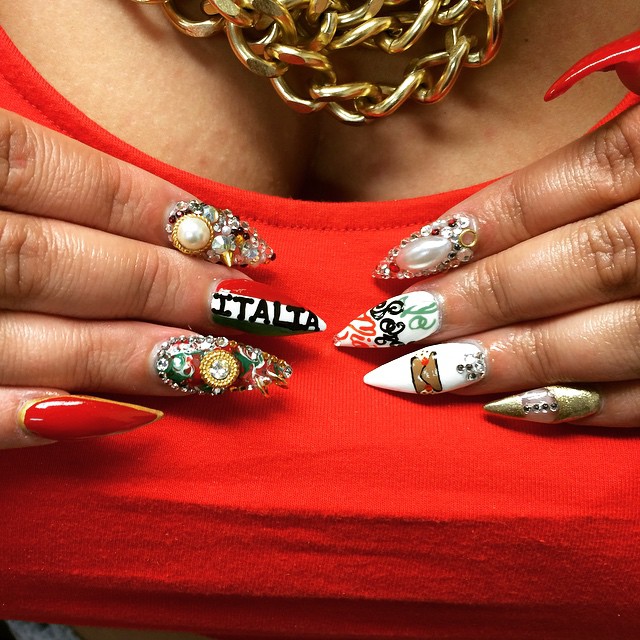 It’s hard to blend in when your nails are long, extra pointy, and covered in rhinestones. I recently went on a date with another femme woman who told me, “You have straight girl nails!” I couldn’t help but laugh; I guess it was confirmation of what I suspected other queer women thought when they saw my hands. I’m conscious that this aesthetic choice contributes to the erasure of my queerness, and yet — four years later — my nails are one of the things that make me feel most authentically myself. They represent an important departure from following other people’s rules, and instead learning to listen to my own voice. I still struggle at times with my own internalized biphobia and guilt about taking up space as a generally straight-“passing” person, but attending Pride this year helped me realize passing isn’t entirely a privilege. As I walked to the bus after the parade, rainbow flag in my long pink claws, a car approached; its driver, a man, began honking, pointing, and yelling, “I want you!” I wish I could say I turned and flipped him the bird, nails sparkling in the sun, but I didn’t.

Nail art was the extra push I needed to fully embrace the high femme aesthetic I so desired. I still do my five-minute face most days, but even with no makeup on, my nails communicate an important message I never knew I had the right to be able to say: I’m here, and I’m in control of my identity. Having “straight girl nails” doesn’t make me straight; I can have long nails and be queer, too. 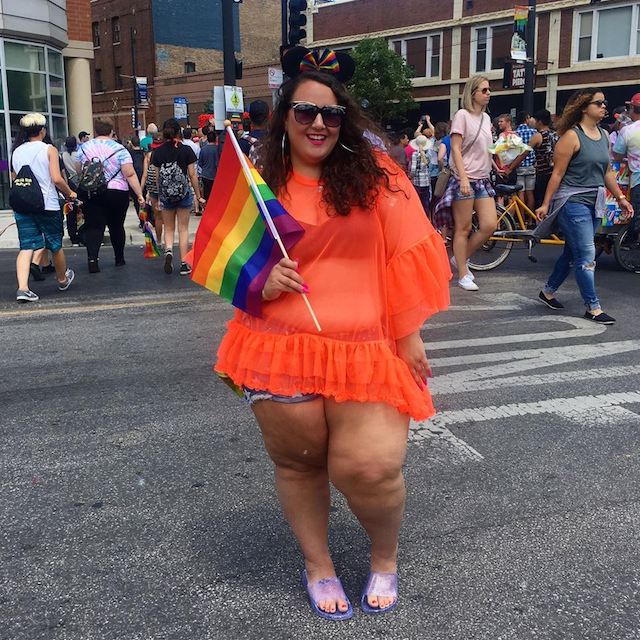 Alysse Dalessandro is a queer plus size fashion blogger, writer, social influencer, designer, and professional speaker. After graduating with a double-major in Journalism and Gender Studies, this entrepreneur is best known as the owner/designer for body positive fashion brand and its corresponding personal style blog, Ready to Stare. In addition to her work in fashion, Alysse travels around the United States as a speaker. She has been selected to speak at the Queer Body Love Series, Curves Rock Weekend, the TCFStyle Expo and the Fat Activism Conference. You can follow her adventures on Instagram, Twitter, Facebook and Tumblr.

Alysse has written 1 article for us.