What are the things your brain can’t seem to stop hyper-fixating on today? For me, it’s that I need new underwear. That’s random and probably a little personal, but hey! We’re all friends here!

Hmmm, Why Do All the Movie Lesbians Exist in the Past?

I can’t quite remember if I linked this longread by Tre’Vell Anderson for Xtra when it first came out, but it’s been burning up my circles again over the weekend so just in case: What Does It Really Mean to Be Non-Binary? (it’s all so thoughtful and excellent, much like Tre’Vell)

“The first time I had lesbian sex, I expected something more. I don’t mean from the act itself — that was intensely pleasurable. What I mean is the afternoon after I left her place, sitting outside on my stoop processing the experience with two of my close queer women friends, I realized I didn’t feel any different.

That surprised me. Every major shift in identity I’d gone through before that morning had brought with it some sort of revelation or catharsis.”

Musings on ‘No Labels’ by Harron Walker’ for W (I also linked Harron’s One of My Friends Is in Her Flop Era last month, this new piece is from the same series. Is it too early in the year to crown Harron my favorite essayist of 2021? Possibly. But also?…)

Ummmm, this is AMAZING!! No — but seriously, Amazing. I mean it. SOPHIEfest, February 27, on Twitch. Go to this!!

“Singer-songwriter Sarah Walk has teamed up with Meshell Ndegeocello and Abe Rounds to release a slow-burning cover of one of the most famous love songs of all time: ‘Nothing Compares 2 U'”. (I really don’t know what this is about, but it has Meshell Ndegeocello, so I’m there!) 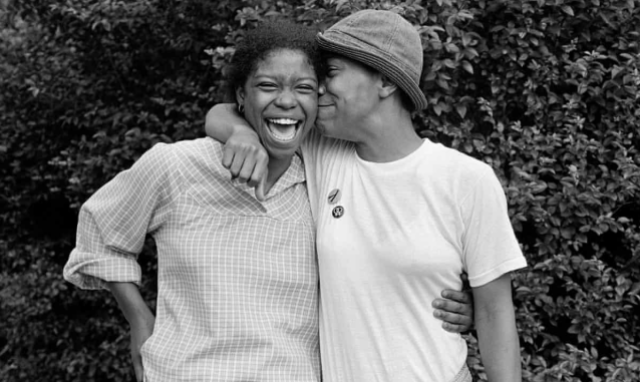 If the love ain’t like this, I don’t want it.

‘We Wanted People to See We Exist’: The Photographer Who Recorded Lesbian Life in the 70s

“In all radical labor movements, history is made when ordinary workers disrupt the system that seeks to exploit and silence them.” Dispatch from the California Stripper Strike

Wait, What’s Going on With Cara Delevingne and Jaden Smith?

Am I the only one still thinking about this? Why Were We So Cruel to Britney Spears?

Valentine’s Day is over, but this sweet comic is filled with warm reminders good for every day of the year: 9 Steps to Becoming the Love of Your Own Life

As Tribal Nations in Montana Are Threatened by COVID, Women Health Leaders Have Stepped Up

Most Americans Are Doing Pods Wrong. A very instructive and straight-forward (but not unreasonable!) How To Guide on how to have tough conversations with those you love most, to keep you all safe.

The Senate Acquitted Trump. His Legal Problems Are Just Starting.

And while we’re here: ‘I’m Running for My Life. I Cannot Talk to You Right Now’: 23 Women in Congress Recall the Capitol Riot

And then to top us off, The Founders Were Wrong About Democracy.