Calling all Homoganjas!Let’s talk about anything and everything marijuana related, from legalization to pop culture to how to make your own bong using a box of Diva cups and a broken lamp.

Welcome to the second installment of High Femme. Whether you’re a newbie who doesn’t know a blunt from a joint, or you’re planning your gay dream wedding to Mary Jane, this column is for you. Puff, Puff, Pass.

Homoganjas, are you hungry? Then let’s talk about pot brownies, the gooey, gateway snack we all know and love. For many of us, the pot brownie was our first foray into the world of edibles (aka foods and beverages containing marijuana). Other names for pot brownies include but are not limited to: hash brownies, space cakes, special brownies, green blondies and “WTF, how did my bra end up on the ceiling fan?”

But why is the brownie such a popular vehicle for getting cannabis into our bellies? (and then into our blood streams, right? Is that how the human body works? I might not be a doctor, you guys). For starters, the rich denseness of brownies help mask the scent and flavor of the cannabis, which can range anywhere from “kinda skunky” to “tastes like lawn furniture.” Maybe it’s because there is something whimsical and almost sacrilegious about corrupting everyone’s favorite all American snack cake. We sell them at bake sales. We bake them with our mothers. We even named baby girl scouts after them! Pot brownies are a subversive classic akin to spiked punch at senior prom.

Back in 1960’s, pot brownies were often known as “Alice B. Toklas brownies”. You may know Alice B. Toklas (or Alice B. TokeMORE, am I right ladies?) as the faithful longtime love of renowned writer and modernist patron Gertrude Stein. You may also know her as the namesake of America’s first LGBT democratic club. I like to think of her as the cool, lesbian Jewish grandmother we all wish we had. Toklas also rocked a full mustache decades before JD Samson, so she was obviously amazing. 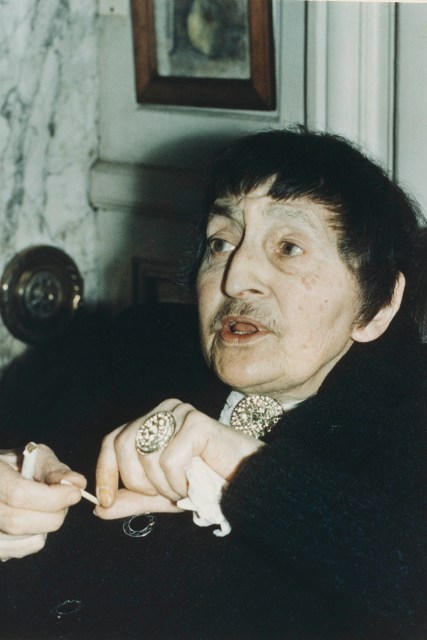 TKO, turning on your Victrola
via gertudeandalice.com

When Gertrude Stein died in 1946, she left her art collection and much of her estate to Toklas. However, since their relationship was not recognized legally (BOTP), Stein’s relatives took possession of the estate, leaving Toklas broke and alone. To make ends meet, she wrote The Alice B. Toklas Cookbook. The book was a collection of stories, memories, and recipes from Toklas and her friends. The most famous recipe was not written by Toklas herself, but recommended by her friend Brion Gysin: Haschich Fudge, aka the original pot brownie.

Not surprisingly, this recipe caused great panic with Harpers, the American publisher of the book. It was removed from the original U.S. printing, but the scandal surrounding it helped to make the book a massive success. The Alice B. Toklas Cookbook was not only one of the best selling cookbooks of the 1950’s. The recipe for haschich fudge became world famous and introduced a generation to cannabis infused edibles. It even birthed the popular slang term for taking a hit of marijuana that we call a “toke”, after Ms. Toklas herself. 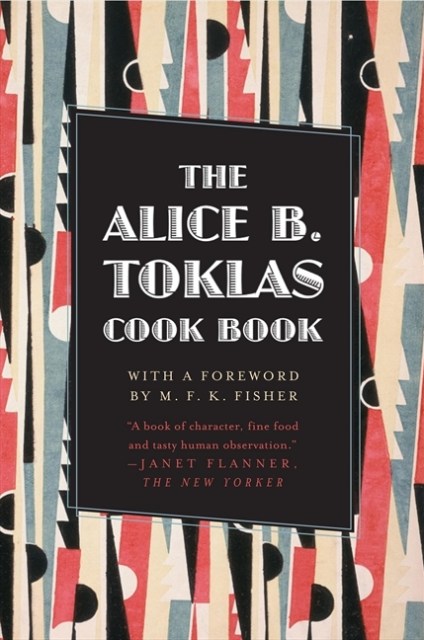 Because I am a hard-hitting investigative journalist/constantly trying to justify my Communication major, I decided to recreate this recipe myself and document my findings. This presented a unique challenge, as I am someone who can barely make regular brownies. Seriously, I either burn the crap out of them or somehow congeal them into a giant boulder-sized ball that would be more at home chasing Indiana Jones out of a temple. But I’m not one to shy away from a challenge, so let’s rock this bitch!

Let’s take a look at the original recipe:

HASCHICH FUDGE
(which anyone could whip up on a rainy day)

This is the food of paradise — of Baudelaire’s Artificial Paradises: it might provide an entertaining refreshment for a Ladies’ Bridge Club or a chapter meeting of the DAR.

Or a pantless marathon of Degrassi. YOU DO YOU.

A quick look into my pantry reveals pretzel chips and on-the-go peanut butter packets. Luckily, I am rescued by my big sister, who is an accomplished baker/crafter/heterosexual. She has all the necessary ingredients, except the marijuana. She is a straight edge tee-totaler, but graciously allows me into her home to conduct my half baked experiment. 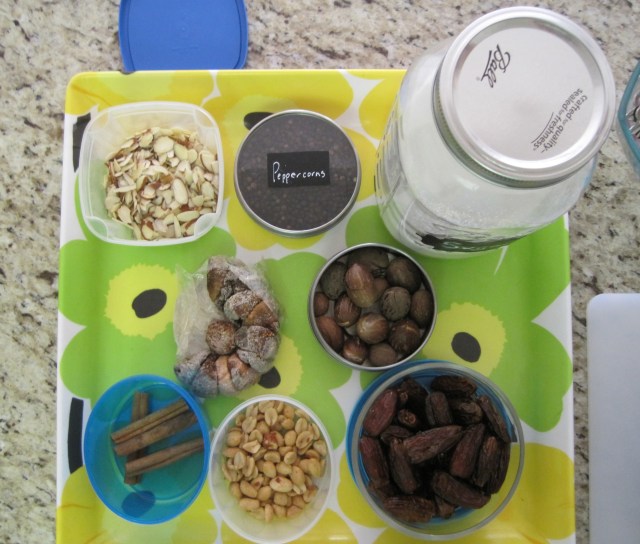 All the ingredients you need minus the cannabis.

Take 1 teaspoon black peppercorns, 1 whole nutmeg, 4 average sticks of cinnamon, 1 teaspoon coriander. These should all be pulverised in a mortar.

A mortar? As in a mortar and pestle? This is some Laura Ingalls Wilder bullshit that I am not prepared for. Luckily, my sister actually has a mortar and pestle! Of course she does. She also has a weaving loom, embroidery hoops, and various other Renaissance princess paraphernalia. 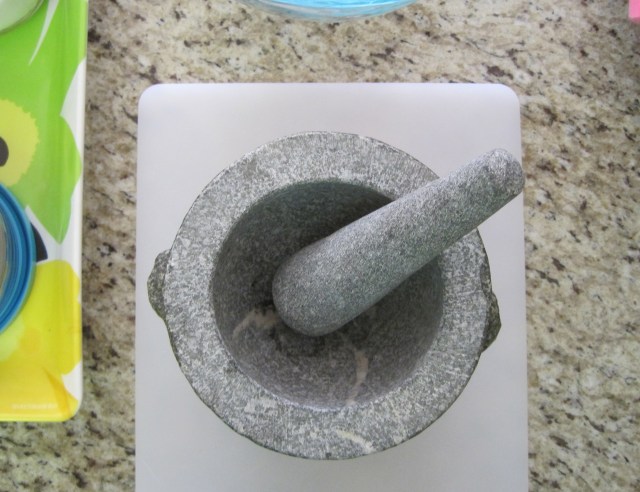 True story you guys: using a mortar and pestle takes major upper body strength! Or I am a total weakling. I pound away at a particularly stubborn cinnamon stick that refuses to be ground up. My sister suggests I use her Cuisinart, but I’m doing it like Alice did it, goddammit. I end up with what looks like a bowl of ground up tree bark. What’s next?

About a handful each of stoned dates, dried figs, shelled almonds and peanuts: chop these and mix them together.

Easy enough! Side question: does dried fruit expire? I mean, I know it’s fruit, so obviously it expires, but it’s dried to keep for a long time…what’s the end date to this stuff? My sister looks at me like I’m an idiot. I might be an idiot. Moving on.

A bunch of Cannabis sativa can be pulverised. This along with the spices should be dusted over the mixed fruit and nuts, kneaded together. 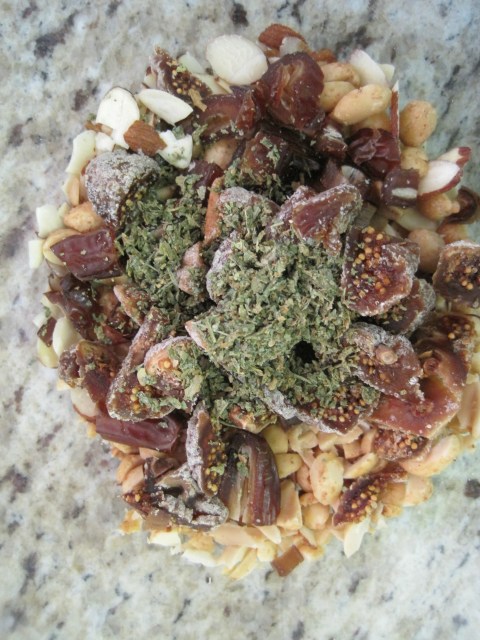 Kneading this tree bark is hurting my hands. I fleetingly wonder if this will jack up my new manicure. There’s a reason this column is not called “Stoned Butches”.

About a cup of sugar dissolved in a big pat of butter.

Finally! Sugar and butter is a combo I can get behind. It’s basically the root of all deliciousness. I take my best guess at what a “pat” of butter looks like and get to mixing.

Rolled into a cake and cut into pieces or made into balls about the size of a walnut, it should be eaten with care. Two pieces are quite sufficient.

Hold the fucking phone. I’m no expert, but shouldn’t this recipe involve baking of some sort? I re-read the recipe to see if I missed something. Nope. No baking instructions whatsoever. WHY YOU GOTTA BE SO VAGUE, ALICE. B.? Maybe I should put this in the microwave for one minute and fifteen seconds…that’s what I do with everything I eat and it usually works. Great, now I have a HOT PLATE OF GARBAGE. 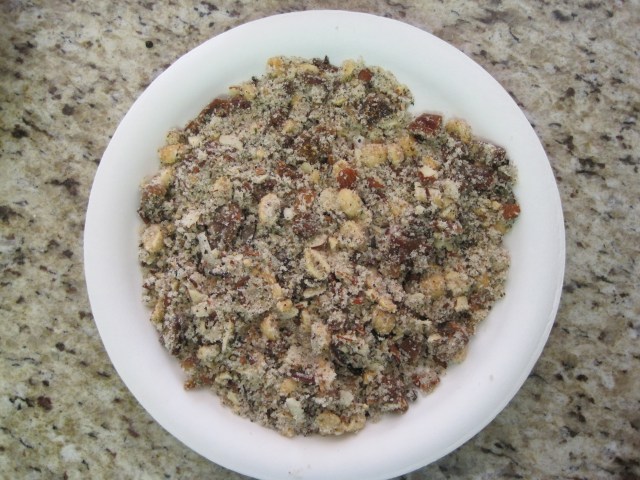 WHY YOU GOTTA BE SO VAGUE, ALICE. B.?

My sister notes that there is no chocolate or cocoa in the recipe at all. Also, there is no binding agent to hold this crap together, which means I’m left with a plate of sandy-looking spices and dried fruits. “I really don’t think you should eat that,” says my sister. I am left with what my mother would call “shit on a shingle.” Yeah, that about sums it up. An hour of careful assembling, grinding, kneading and mixing yields essentially a plate of cracked out squirrel food and a lifetime ban from my sister’s kitchen. Mission accomplished?

While Toklas’s haschich fudge recipe may not hold up against the modern edible (or anything edible) as we know it, it is still a fascinating footnote in queer and cannabis history. It also reminded me to stick with what I know: fucking up box-made brownies like a modern woman. 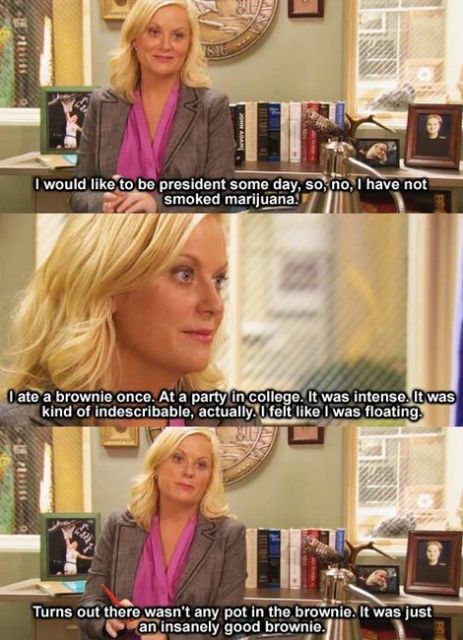