Hello puppies and unicorns! The time has come, once again, to quest for literary enlightenment and embiggen our collective minds. The Speakeasy Book Club has chosen its second book: Borderlands/La Frontera by Gloria Anzaldúa. Get excited! 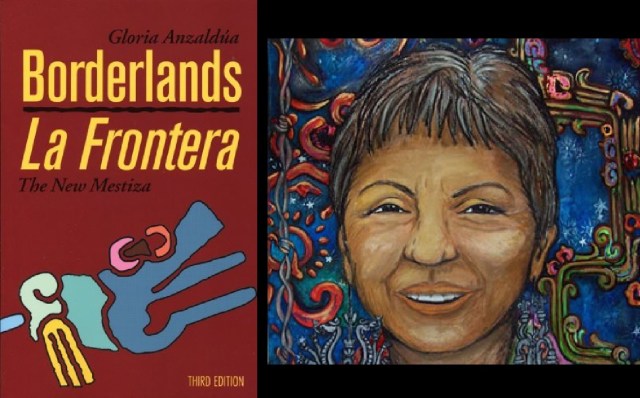 Gloria Anzaldúa was a self-described “chicana dyke-feminist, tejana patlache poet, writer, and cultural theorist,” and a super rad and important QWOC. Born in 1942 to a family of migrant field workers on the American side of the Mexico-Texas border, Anzaldúa knew hardship early on. As an infant, she developed a rare and painful hormonal condition that accelerated aspects of her sexual maturation and also stunted her growth. She began working in the fields at age 11, and her father died when she was only 14 — which was sad for her both on a personal and professional level, as it meant that Anzaldúa was financially obligated to continue working the family fields for years afterward. As a dark-skinned, working class, queer Chicano woman, Anzaldúa struggled with sexism, racism, classism and homophobia throughout her entire life. Still, she perservered, and it was through reading that she found “an entry into a different way of being.”

Defying expectation, Anzaldúa became the only member of her family to pursue higher education. She enrolled at Texas Women’s University, then the Pan American University, and then the University of Texas in Austin, where she finished her formal education with a grand three undergraduate and two graduate degrees. Anzaldúa supported herself through writing, lectures and teaching — first in a bilingual preschool program, then in a special education program for mentally and emotionally challenged students, and finally as a college professor. Teaching at several universities, she lectured on feminism, Chicano studies, and creative writing. Anzaldúa co-edited the multicultural feminist classic This Bridge Called My Back: Writings by Radical Women of Color with Cherríe Moraga, and in 1987, published her most famous work, Borderlands/La Frontera: The New Mestiza.

Borderlands/La Frontera is a non-linear history and work of art that examines the condition of women in Chicano and Latino culture, Chicanos in white American society, and lesbians in the straight world. The book uses personal narrative, testimonio, factual accounts, cuento, and poetry, written in a unique blend of eight languages: two variations of English and six of Spanish. Although Anzaldua died of diabetes complications on May 15, 2004, her work lives on. So let’s honor this incredible woman by reading her words together. 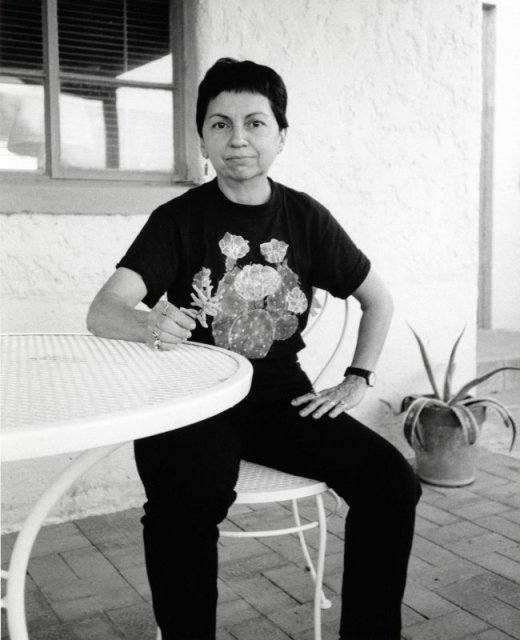 Here are some things other people had to say about Anzaldúa’s work:

The canon is dangerous. Who does it belong to? The social sciences were founded so that the white men could have language to explore the other. Feminist theory, queer theory, and cultural theory are what happens when the other explores back, treads its own line, and creates its own language. … Anzaldúa passed away in 2004, but her work remains as a legacy and a lesson speaking loudly and unabashedly, proclaiming, insisting and evidencing the truth that many may never know: in an academy – and a world – populated by the scrutiny of countless white male faces, it is possible to look out into the crowd and find yourself.

– Katrina for Autostraddle: “Eleven Women of Color You Should Know and Admire”

[Borderlands/La Frontera] helped me realize that the comfort I thought I found in labels was simply an assimilationist value I had adopted, not for myself, but for the comfort of others. I never knew how to answer the question, “so, what are you?” It was what I had been grappling with for my entire life; I was living between worlds–the borderlands. I am not either or, but rather, on the edges of all, in an unstable, and ever-changing terrain, “nepantla” – a Nahuatl word for the in-between spaces, where the boundaries are unclear, and we are constantly in transition. I can use ambiguity as resistance, and realize that I do not, and never will, fit so neatly into the boxes left out for me, for that would be the death of the borderlands, and the death of the identities I hold. … I will revisit this text for years to come, it will live with me, it will understand me, and I will continue to discover what it means to live in such a transient space.

I refuse to let [Gloria] go — to relegate her wholly to some dead past. I still marvel at her ability to speak to so many people across racial, class, gender, and sexuality divisions. And at the very same time, I feel that there is a piece that is just for Chicanas — you know, eye to eye, entre la raza, entre las mujeres. I believe that her cultural production continues to exist within me. It is eternally new each time I encounter the irony and pain that comes with living in an oppressive society, and I need to use that experience to create theory as a framework that might be useful to activist projects, even if that only means providing a concrete example of how inequality functions and is maintained.

Image from Autostraddle’s “10 Queer Feminist Icons You Can Be This Halloween.”

Also, FYI, The Toast recommended this book to Katniss Everdeen. Do you really need any other reason than that to pick it up? I didn’t think so.

Get your copy now, and come back here on February 12 so we can discuss!