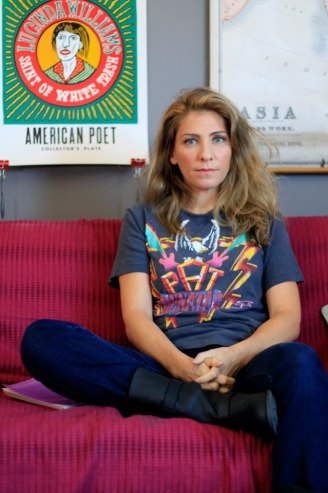 Diane Flacks
via {Portrait of a Serial Monogamist Facebook}

There’s a new lesbian romantic comedy in the works!

Set in Toronto, Portrait of a Serial Monogamist tells the story of Elsie Neufeld, a 40 something television producer who is charming, successful and a complete mess when it comes to relationships. When Elsie breaks up with her long-standing girlfriend, she is forced to confront herself, the prospect of being single for the first time and the possibility that she broke up with the one she is meant to be with.

The film has a great script, great actors, and really incredible directors, but now they need the funds. Help them raise their goal of $60,000 by December 17th! They have awesome perks, too. Donating only $25 gets a shout out on the website, a digital poster, a personal thank you from the directors and a digital download of the film when it is finished. Want an autographed copy of the DVD? There’s a perk for that. Want to travel to film festivals with them or have a say in the final edits? There’s a perk for that, too.

In an interview on the In Toronto website, filmmaker Christine Zeilder said, “We want to make a film that is truly romantic and truly funny. Yes, there are politics about being queer in the city and they’re a part of the film. But first and foremost, this film is going to be fun. People are hungry for that.”

From the trailer on the Indiegogo website, you can already tell this film is going to be fun and witty, but also a little tender. I love the scene where they’re walking with the bikes and she puts her arm in the other woman’s arm. I can’t wait for this film to get filmed and screen at some awesome queer film festivals. Let’s get this funded!