Hey folks! Heavy Rain hit stores this February and we weren’t able to play it. But our pal Rachel was!  So, without further delay, we bring you Technostraddle’s Heavy Rain review, courtesy of our lovely new contributor and PS3 correspondent, Rachel! -taylor 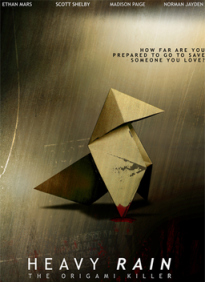 You haven’t played anything like this before. No really. Unless you’re familiar with Indigo Prophecy (Quantic Dream’s 2005 psychological thriller), Heavy Rain will take your expectations of gaming by storm. Heavy Rain demolishes the conventions you take for granted in other games, like save-points, extra lives and a linear story, but in doing so constructs something exhilaratingly new. Hopefully the rest of the industry is taking notes.

The game, in cinematic fashion, begins like a noir crime drama. You steer four characters as they investigate the case of the “Origami Killer,” a rampant murderer who drowns his young victims in rain water before abandoning them with an origami figure in their hand. Yikes. Your protagonists are Ethan Mars, a broken man trying to keep his son Shaun from becoming the next victim; Madison Paige, a sexy journalist hunting down clues; Scott Shelby, a private eye hired by the victims’ families; and Norman Jayden, a drug-addicted FBI profiler in town to give the local fuzz a hand.

While the cast of characters might sound straight out of Law and Order: SVU, Heavy Rain is the polar-opposite of formulaic. That’s largely because the game invents a genre of its own, eschewing existing gaming conventions altogether. This is high realism: there are no regenerating enemies, no ammunition caches. You’ll be running on instinct and adrenaline alone. And let’s hope your instincts are good: every choice you make directly impacts the course of the game, and there’s no going back. No, really. 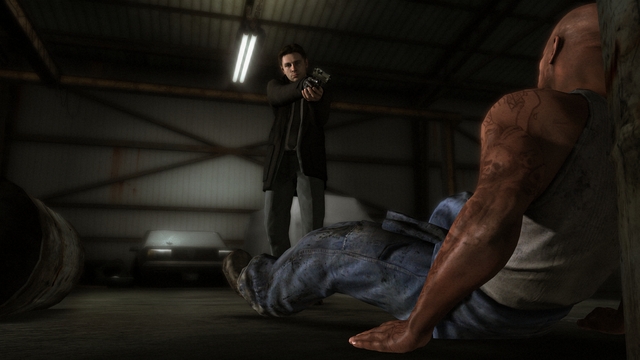 “I guarantee, when faced with an in-game decision, you’ll spend a chunk of time weighing the options. Just like real life!”

In Heavy Rain, dead is dead. No 1ups, guys. If you f*ck something up and kill one of your characters in the process, they, uh, don’t come back. The game, much like reality, carries on without them. And not only do you lose the character, but also whatever unique mysteries await in their plotline. I guarantee, when faced with an in-game decision, you’ll spend a chunk of time weighing the options. Just like real life!

While conceptually Heavy Rain is steeped in realism, the gameplay unfortunately isn’t quite as fluid as real life. With the awkward navigation system, I often found myself overstepping or running into stuff when trying to maneuver into the right position to trigger an action. And that’s kind of a big deal when you’re in any number of life or death situations. 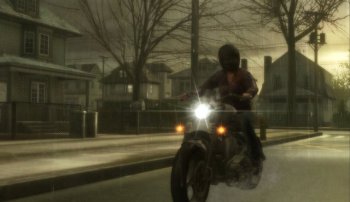 But happily, beyond walking around, the rest of the controls are pretty intuitive. To manage the complex array of ways you can interact with the environment, a box appears indicating which direction to arc the joystick in order to complete a task, like opening the fridge or wrapping a bandage. How quickly your thumb moves determines the speed of the in-game movement, and it feels so natural that the actions quickly become an extension of you. The more precise and delicate actions, like climbing beneath electrical cables, find your fingers twisted across three, four and sometimes five buttons.

All told, playing Heavy Rain is less like playing a traditional video game and more like acting out a film. You truly are the driving force behind what happens. It’s a totally immersive experience with an attention to detail that has never before graced my Play Station 3. Around a third of the way in, I really came to care about my four characters and I felt personally invested in keeping all of them alive. Little character quirks, like Ethan’s nervous jaw wiggling, make them strangely human, and ultimately more lovable to you in the end. 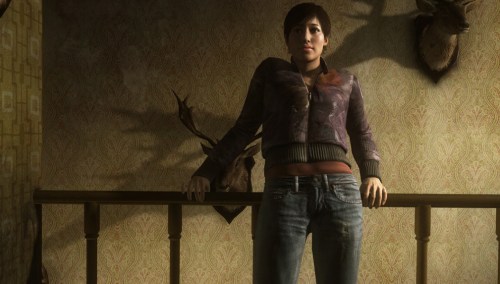 My biggest complaint, beyond the sometimes awkward control scheme, is the game’s length. I’d finished my first playthrough after a solid eight hours. But it’s easy to forgive Heavy Rain‘s brevity when you consider how many deviations the story and ending can take based on the decisions you make as you play.

On the whole, Heavy Rain is about love. It’s about how far you’re willing to go and what you’re prepared to sacrifice for someone you love. In the end, I lost both Madison and Norman. It was disturbing to watch them die after fighting so hard to keep them alive. But I was able to save Shaun Mars – and reuniting father and son made everything else worth it. While I don’t regret a thing, I can’t wait to see what happens next time around.

Rachel has written 3 articles for us.