Hey remember earlier this month when we tried to explain the current status of healthcare reform in America despite not really understanding it ourselves? If you don’t have the wherewithal to click over, here’s the basic situation:

+ Still, even that majority isn’t enough to repeal the Affordable Care Act on its own

+ The only real threat to the ACA would be if its ‘individual mandate’ clause, which requires every US citizen to have healthcare, was declared unconstitutional. This would have to be done by the Supreme Court.

Do you see where this is headed?

A Florida judge has ruled that the individual mandate of the Affordable Care Act is unconstitutional, upholding a similar legal challenge from Texas and 25 other states.

Accepting a fundamental claim in the states’ lawsuit, Vinson said Congress “exceeded the bounds of its authority” by requiring Americans to have insurance by 2014. He also ruled that the “individual mandate” could not be stripped out to make the statute constitutional, thus voiding the entire law.

“Because the individual mandate is unconstitutional and not severable, the entire Act must be declared void,” Vinson wrote in his 78-page ruling. “This has been a difficult decision to reach, and I am aware that it will have indeterminable implications.” 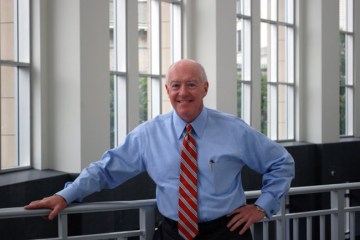 The “indeterminable implications” he’s talking about refer to the likelihood of this case moving to the Supreme Court – as seems pretty likely. The question of whether Obama’s individual mandate that every American have health insurance by 2014 is constitutional may come to define what the healthcare industry and experience becomes in America; even more formidable, it may come to change the relationship between the government and the people in ways that we can’t predict.

Perhaps the weirdest and saddest part of this story is how reluctant Vinson himself seems about the ruling – while the left is painting this as a case of “judicial overreach,” Vinson seems genuinely regretful at having handed this decision down, like he may have acted in opposition to his personal beliefs – the opposite of an ‘activist judge. “The Act, like a defectively designed watch, needs to be redesigned and reconstructed by the watchmaker,” Vinson said. The right is celebrating this as a validation of their longstanding opposition to the act; in reality, it seems more like a begrudging confession that the Affordable Care Act can’t fit into the framework we have for it. It sounds like he’s shaking his head and saying “I’m sorry.”

Unfortunately, once it’s in the courts it’s pretty much out of our hands and his; the only thing to do for any of us, regardless of your stance on the Affordable Care Act, is to watch and wait. So we’ll be here, watching and waiting, and we hope you’ll be here with us too, because what are friends for if not to bite their nails through high-profile Supreme Court cases together?