There’s nothing quite as scary as a beloved gay couple getting a happy ending — followed by another season of their show. It almost never ends well. In fact, it usually ends in death and dismemberment. So, while I was happy HBO Max picked up DC’s wildly irreverent and shockingly gay Harley Quinn animated series for a third season, I was also pretty terrified. Harley Quinn and Poison Ivy finally got the epic love story they’ve deserved for decades in season two. They literally rode off into the sunset together! Okay, fine, they rode off into the flames of a church fire that they started, but it’s kind of the same thing! For them, at least! And, well, if that was surprising, season three — which began dropping episodes today — is absolutely astonishing. Not only are Harley and Ivy still together, still in love, and still alive; this season actually allows them to grow as both individuals and as a couple. 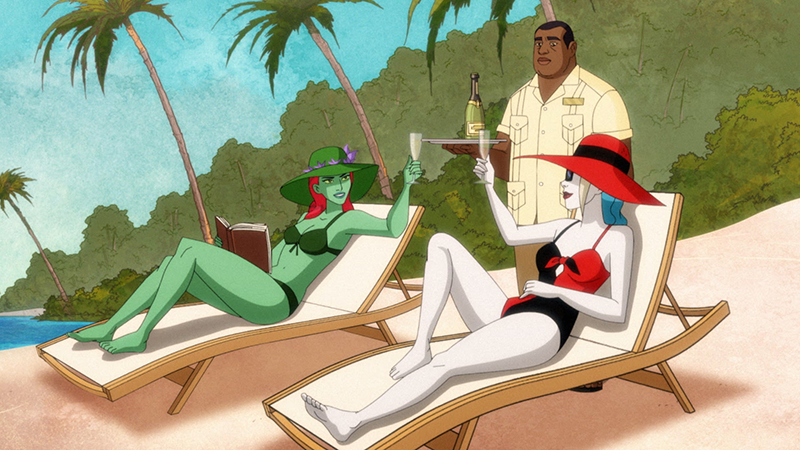 The strength of Harley Quinn‘s animated series has always been its ability to pull on the unhinged threads that have unraveled from DC’s supervillains over the years and knit something resembling a unifying theory of who these characters are. It’s been a welcome relief to see Harley Quinn get this treatment; she’s been maligned and abused as Joker’s crackpot girlfriend, a blank slate for each new creative team to project their own misogynistic visions onto, almost from her conception. Poison Ivy’s stories have only been marginally better, her motivations scattershot, and her only througline a kind of psychotic mother earth vibe. This season puts Ivy directly into the sunlight (plant metaphor!) and allows her to start questioning who she is and what she really wants out of life. Obviously she’s a misanthrope. And obviously what she doesn’t want is some boring normal guy as a husband. And what she does want is her best friend. But so many other things are up in the air! One of Harley and Ivy’s most realistic struggles is giving each other space to explore their identities, trusting in the strength of their bond to keep each other in their orbits. 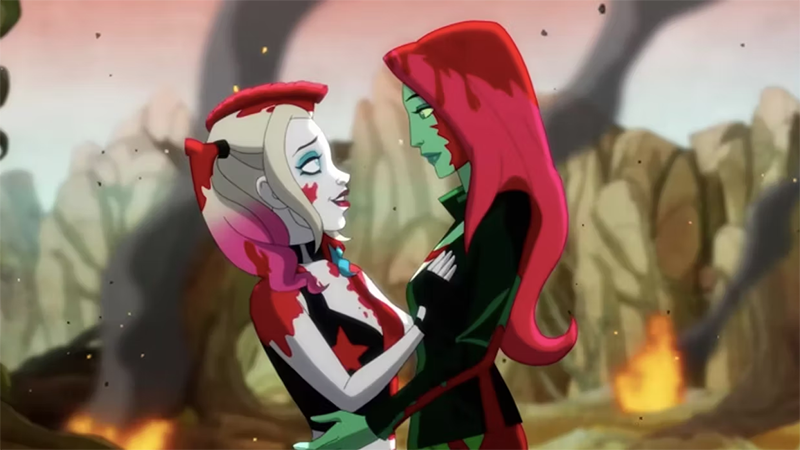 And, of course, like every other season, the jokes and visual gags are a mile a minute. The clowning on DC never stops. Commissioner Gordon and Batman are the butt of so many jokes. And, best of all, Catwoman and Batgirl are back with even more screen time and sulty/silly hijinks.

Harley and Ivy may not know exactly what they want out of life yet. And they may not be right for everybody. But they are perfect for each other — and it remains comic book TVs biggest surprise that Harley Quinn‘s creators have made the subtext into maintext by fully embracing that truth.