There’s a lot to love about Anything’s Possible, Prime Video’s new rom-com written by Ximena García Lecuona and directed by Billy Porter. Breakout star Eva Reign shines in her role as Kelsa, a high school senior focused on and becoming a zoologist to shoot nature documentaries . She’s funny, smart, beautiful, and a powerful presence on screen. Abubakhar Ali plays Khalid, Kelsa’s love interest, a sweet artist. The role of Kelsa’s mother, Selene, is played by Renee Elise Goldsberry! Which was a wonderful surprise for me, since I went in not having seen the trailer.

As far as rom-coms go, Anything’s Possible is pretty standard. It follows high school senior Kelsa through her relationship with fellow senior Khalid — who goes by Khal — as they navigate their connection, graduation and their relationships. Where it stands out, is in the sheer talent of the cast, and the heart of the story. Listen. Khal and Kelsa’s relationship is cute, and I found myself rooting for their love story.

You know this movie was written by queers because their star signs are accurate. This is an Aquarius (Kelsa) and Pisces (Khalid) relationship for real. They’re simultaneously over the top and way too chill about each other. Which also makes sense for teenagers. A lot of their choices stressed me out a bit, not gonna lie, but it felt reminiscent of high-school me watching my classmates and panicking, because, why can’t teenagers slow down? 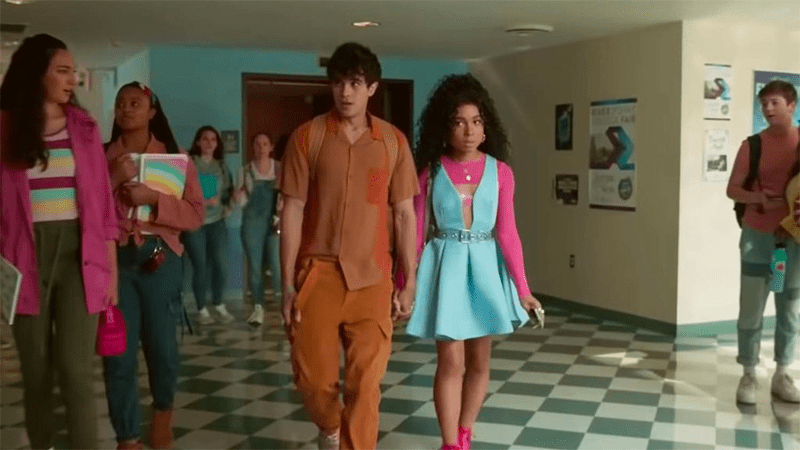 I’m also a fan of the way Kelsa and Khal choose to navigate physical intimacy. It’s bumbling and awkward, but very consensual. Which is great!

Anyway Kelsa and Khalid figure it out (kind of) with little thanks to their friends, or the adults in their life. When I watched teen rom-coms as a teenager, it made sense for the adults to be low-key awful, because a lot of adults were. Watching it as an adult, I gotta say, the kids deserve better. So much of the internal turmoil that characterizes teenagers can be soothed by reliable caregivers. Speaking of, Selene is an amazing mom. In their own way, Khal’s parents are too, but they have to ease into releasing their queerphobia, whereas Selene starts the novel ready to protect her trans daughter from everything.

Selene is a great mother (I’m pretty sure she’s an Aries) and she has a hard time releasing control of Kelsa’s life, and trusting that everything will work out. Can you blame her though? She’s raising a Black girl in America. In part because of that, but mostly because of her lived experience, Kelsa has a hard time believing in the possibility of love for herself. Or at least a love that isn’t as burdensome as she perceives loving her to be. It’s a joy to watch Kelsa release that version of herself. For that alone, this movie is worth the watch. It’s even more joyous to watch Kelsa be loved by her mother unconditionally.

On the friendship front, both Kelsa and Khal’s friends are active barriers to their relationship. Khal’s best friend Otis is a walking, talking, poster boy for toxic masculinity(™). Kelsa’s best friend Em, likes Khal (I know), and Kelsa’s other friend Chris, well, I’ll get to Chris in a moment. 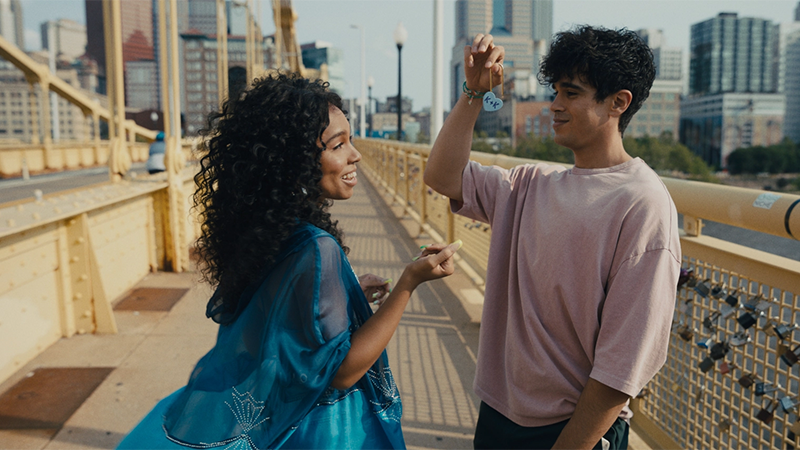 Otis and Em end up being pretty awful to Kelsa and Khalid. So, there’s no shortage of high school drama in Anything’s Possible. I think our main leads certainly could have communicated a lot better than they did in the novel but their friends’ behavior is inexcusable. Unfortunately, when you’re marginalized, the line between “drama” can start to look like “systemic oppression” real quick. Kelsa has to handle romance, transmisogynoir, and college applications. There’s a lot thrown into Anything’s Possible and I don’t think the movie managed to flesh it all out.

One concerning aspect of the movie was that Em and her mother become the representation of TERF ideology. While no one is immune from propaganda, there is a direct link between TERF ideology and white supremacy. It’s an odd choice for the outwardly transphobic people in the movie to be black. Especially considering the ways that all black women are subject to racist ideology that seeks to categorize us based on white supremacy’s ideas of gender and being — as Selene points out. There are other explorations of race, like a scene where Khalil tell’s his father “we don’t all look alike” in reference to them being Arab, that falls flat and does more to reinforce, rather than push against stereotypes. It made aspects of the characters, and the movie present more as plot points than authentic representations of a lived experience. This made parts of the movie difficult, and even painful to watch. Also, Khal and Kelsa are fun to watch together. Their chemistry on screen is strong. At the same time, I’m looking forward to more queer movies that center Black people loving each other.

Last, but certainly not least, is Chris. Y’all. Chris is scary. She is small, and angry, and decides to take out her anger by threatening Khalil. No, sorry, she slams him against a wall because she wants to make sure he’s not a threat to Kelsa. I’m not a fan of violence, and I’m especially not a fan of white girls that like to be violent towards brown boys. I get that on some level this was a joke, but to me it was unnecessary. The choice could also have been an exploration into Chris’ brand of white feminism, but her penchant for starting causes in Kelsa’s name kinda handled that.

That being said, I still think Anything’s Possible is an important movie, and deserves its place at every queer movie night henceforth. I don’t get to see queer Black girls chasing happiness in media often. I’m looking forward to a media future where trans girls in love aren’t rare, and I’d definitely rewatch this new addition to queer cinema.

Chinelo has written 25 articles for us.