More cards for more moms! Hallmark has whipped out two new greeting cards for “lesbian moms.” Hallmark spokesperson Kristi Ernsting explained that “one of the cards addresses ‘two moms’ and the other is intended for partners to give to one another.”

So what exactly do these cards say? Well, one mama can give her baby mama a card that says, “So happy I get to share this day with you — my partner, my love, my best friend.” And a person with (at least) two mothers can offer their parents a card that affirms on the outside, “Moms do it all and they do it with ease, from helping with homework to bandaging knees. They’re coaches and confidantes, role models, too…whatever it takes they’ll do. When it comes to big hearts, moms are second to none.” When the receiver opens the card, it reads on the inside, “How does anyone ever get by with just one?” 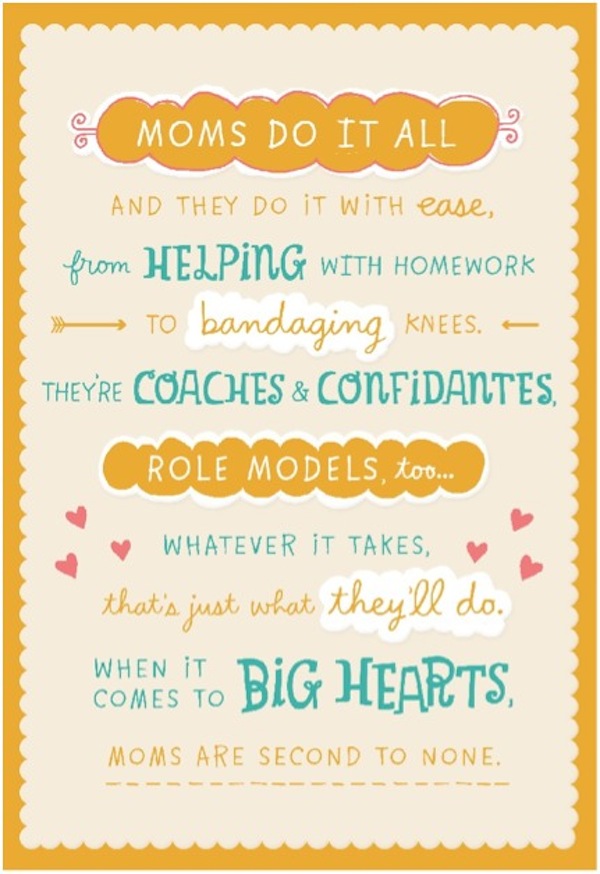 Hallmark has been keeping up with the Jones’, so to speak, offering more LGBT-friendly card designs in more recent years. Hallmark and its competitor, American Greetings, offer wedding and anniversary-themed greeting cards catering to LGBT people. Hallmark representatives observed that the same-gender wedding and anniversary cards were as viable in the market as the cards specific to mixed-gender couples. Perhaps this commercial success inspired Hallmark strategists to further diversify its market by targeting “lesbian moms.” Hallmark is leading the game in this latest move, with American Greetings apparently choosing not to follow suit. Patrice Saad, an American Greetings spokesperson, emphasized that the enterprise had no intention to make a design for families with multiple mothers because Mother’s Day is “about a one-to-one relationship.” Translation: if you have more than one mom, you better buy more than one card from us.

Not everyone is entirely thrilled about Hallmark’s latest move. Personally, I think it’s kind of a bummer that Hallmark representatives are referring to this line of cards as cards for “lesbian moms.” Not all households with two (or more) mothers is lesbian-parented, and while “lesbian moms” is a neater sales category and pitch, a truly LGBT-friendly initiative would aim to be as inclusive as possible. Furthermore, Hallmark’s LGBT-specific cards may be entering the market too slowly for some consumers and even producers. For example, director of editorial Andre du Bloc suggested THREE years ago that the company develop an LGBT-exclusive line, but Hallmark has been slow on the uptake, perhaps tokenizing queer identities and experiences more than actually diversifying the franchise’s products. In 2014 we got two LGBT-friendly designs out of 900 Mother’s Day card designs. I guess beggars can’t be choosers but we’re not really begging for that much, are we? One critic, Steve Freiss, who writes for TIME magazine, commented on Hallmark’s attempts to queer their Valentine’s Day designs with a bit of disappointment. He lamented that the company provided two gender categories (male and female) and only provided one card design for same-gender couples who fit under those categories. 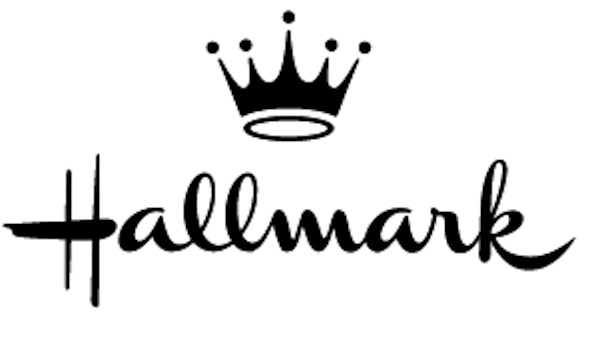 Good ole Hallmark, being gay but only a little
via The Blaze

I’m glad that Hallmark has expanded upon its Mother’s Day card designs enough to include households with two mothers. This move, even though it is motivated mostly by how marketable queerness has proven to be in the last few years, gives me hope that Hallmark’s latest campaign will inspire even more diverse representations of families in greeting cards and media representations. While it might not seem like enough right now that families with multiple mothers have two options of Mother’s Day card designs specifically tailored to them (really it’s more like one option for families and one option for same-gender partners), we have two more marketed options that we may not have had last year. At the end of the day, whether you decide to support Hallmark’s franchise or make your own cards (because fuck the system, you can make a super inclusive or an oddly-specific card of your own while making some DIY Mother’s Day Gifts), you can celebrate any and every form that motherhood may take shape in your life.