As part of their Fall TV issue, Rolling Stone has published the most amazing photo of Chris Colfer (as his Glee character Kurt) in a leather bar: 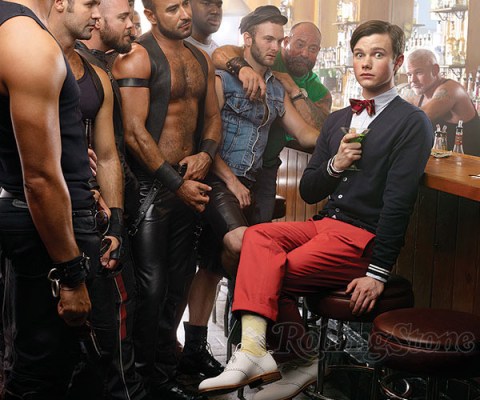 Lambda Literary has published their picks for the Most Anticipated LGBT Books this fall.

1. Mary Ann in Autumn by Armistead Maupin
2. Hate: A Romance by Tristan Garcia
3. Inferno (A Poet’s Novel) by Eileen Myles
4. By Nightfall by Michael Cunningham
5. Me by Ricky Martin
6. Grant Wood: A Life by R. Tripp Evans
7. Fever of the Bone by Val McDermid
8. Hide/Seek: Difference and Desire in American Portraiture by Jonathan D. Katz and David C. Ward
9. Room by Emma Donoghue
10. Unbearable Lightness by Portia de Rossi

READ A F*CKING BOOK AND ALSO CHOOSE IT:

Choose Your Own Adventure Gets A Sexually Liberated Update: While you’re always going to be a minor Iberian noble, you can choose your sex — and the orientation of your romance. (@jezebel)

Gagaloo graces the cover of the “New York Issue” of V Magazine,alongside Marc Jacobs, dressed as the Statue of Liberty.  Explains V editor Stephen Gan of the pic, “Just as the Statue of Liberty was France’s gift to America, Gaga is, to us, New York’s greatest gift to pop culture and fashion…she has become a bonafide genius and we can safely declare her our muse.”  (@vmagazine)

Also, Gaga figured out a way to make the Monster Ball even gayer, by announcing Scissor Sisters as the Winter 2011 opening act! (@ontd) 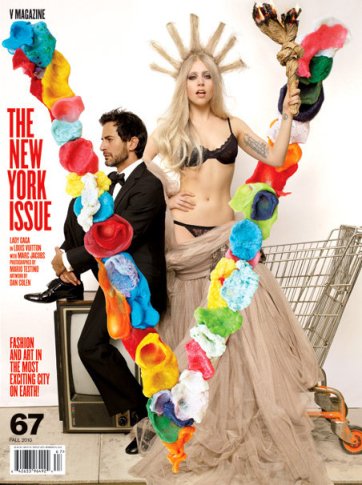 Darren Aronofsky’s (Requiem for a Dream & The Wrestler writer/director) potential masterpiece starring Natalie Portman & Mila Kunis is getting serious Oscar buzz at the Venice Film Festival. Portman says: “Darren Aronofsky talked to me about this [sex] scene in our first meeting eight years ago. He described it as: ‘You’re going to have a sex scene with yourself.’ And I thought that was very interesting, because this movie is in so many ways an exploration of an artist’s ego and that narcissistic sort of attraction to yourself and also repulsion with yourself.” AfterEllen has a roundup of all the reviews rolling in. (@afterellen)

Maybe you thought that the gays couldn’t do any worse than The Real L Word, oh no, we get much uglier than that BELIEVE YOU ME. The A List is Logo’s take on The Real Housewives format with following 6 sublime gays in New York City. The cast includes Reichen Lehmkuhl, Amazing Race winner and Lance Bass ex-bf. After surviving The Real L Word, is this something you’d be interested in watching? (@nypost)