On Tuesday night, when you were asking your roommate if the purple t-shirt you wore out last weekend was too dirty to wear again today for the day of activism against gay bullying, Corey Jackson killed himself. Everyone was supposed to wear purple. Did you wear purple.

Although bullying may not have been a factor in Jackson’s death, Melissa Pope, director of Oakland University’s Gender and Sexuality Center, says that it’s important to consider the high suicide rates of LGBT youth in general:

We must look beyond the term “bullying” to the overall treatment of the Lesbian, Gay, Bisexual and Transgender (LGBT) community to begin to grasp the long-standing epidemic of suicide among our LGBT youth.

While the national press has picked up this issue over the last two months, we have been losing high numbers of LGBT youth to suicide for decades. In recent years, we’ve labeled the cause as bullying. But the root cause goes deeper – it goes to the very core of our society that discriminates against the LGBT community on all levels, including the denial of basic human rights that are supposed to belong to every person.

As I sit with the students who regularly visit the Oakland University Gender and Sexuality Center, including the newer members of our community, drawn to the Center for affirmation and support, I am confident that these individuals know they are loved and accepted for who they are. My greater concern is the hundreds of students, faculty and staff who do not come to the Center. Those who are afraid to come out – perhaps even to themselves – for fear of the persecution they will suffer. My greatest hope is that those who feel isolated reach out to resources like the GSC to discover they are not alone. We are here to listen and offer support.

Jackson was a sophomore and a member of the Tau Kappa Epsilon fraternity. He lived on campus.

Though he never chose to formally initiate, he kept in close contact with members of TKE.

TKE President Nick McCormick wore a purple shirt today in remembrance of recent gay suicides. According to him, Jackson “had recently come out and seemed to be okay with it.”

“It seems that he had been despondent about personal matters,” said Oakland County Chief Medical Examiner Dr. Ljubisa J. Dragovic.

However, Dragovic explained that his office’s statutory responsibility was to determine a medical cause of death.

“I think the bullying may have something to do with it; maybe it was some negative support he may have gotten,” McCormick said. “If I had to give it a guess, the perception of his lifestyle might have had an effect on him.”

McCormick stressed that the TKE brotherhood is “about being open to each other” and that there has been an outpouring of support from the TKE and campus communities.

“I couldn’t believe what happened; I thought there was a huge misunderstanding at first,” said Carl Miller, a TKE member. “People should be more accepting of others. It would help.”

Anika Khan, a sophomore majoring in information technology, is close friends with many TKE members.

“I was so shocked that I couldn’t cry when I found out,” said Khan, who also noted she felt the resources of the Gender and Sexuality Center should be advertised more. “I was close to him, but I wish we were closer.”

Because TKE members were close with Jackson, they each honored his memory by wearing black ribbons that usually signify a brother’s passing.

“We have absolutely no indication at this time that bullying or harassment was part of this,” Lucido said. “Having said that, we’re also still conducting a very lengthy investigation.”

Corey Jackson was from Pontiac, Michigan, and was a sophomore at Oakland University. This is what he looks like: 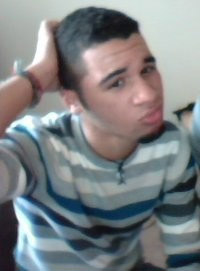