I came out as bisexual when I was 16. And although I had a girlfriend who I had very serious 16-year-old feelings about, my coming out always came with a qualifier. “I’m bi – I love my girlfriend, but eventually, I want to be with a man. I want to marry a man and have a house and have children and put them in that house.” When I was 18, I realized I was gay, and suddenly not only was the thought that I wanted to be with a man untrue, the idea that I could ever be married seemed completely impossible. This was in 2008. In 2008, I thought that, by being gay I had nonconsensually committed myself to a life off the grid, a life that would never be recognized or respected, a quiet life of commitment ceremonies in the woods, Birkenstocks, the inescapable word “partner” instead of “husband” and a lifetime’s supply of closet doors.

And in some ways, I was right. But it’s 2012 now, and New York, my home state, is celebrating one year of marriage equality. I’m gay now, and I’m also queer, and I’ve gotten to keep a lot of my original expectations. I got to keep the Birkenstocks, I love the word “partner” and a life off the grid doesn’t seem too bad. I’m not invisible, I have a future and if I want, that future could involve marriage. 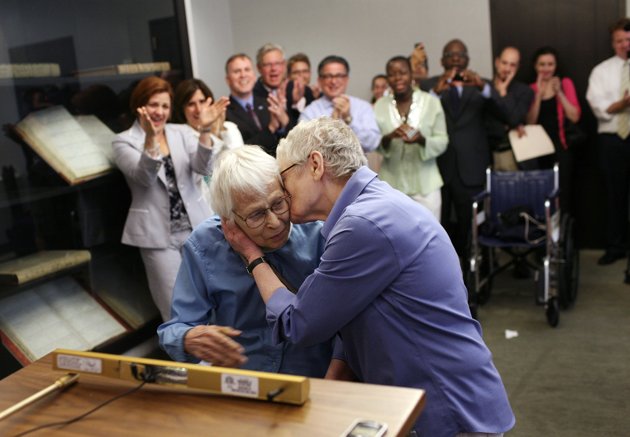 Last month, the New Yorker posited marriage equality as a “historical inevitability.” And it’s not to say that the fight has not been hard-won, it’s just that in the larger scope of history, marriage won’t be the end, and “what people say about it now, for and against, will be seen in that light.” Basic legal rights have a tendency to always seem obvious to those who have access to them.

Hollibaugh is the co-director of the New York-based Queers for Economic Justice, which, as its name suggests, is “a progressive non-profit organization committed to promoting economic justice in a context of sexual and gender liberation.” Founded in 2002, QEJ works to challenge and combat the systems that create inequality, taking into consideration the importance of race and class, and acknowledging that economic status and sexual identity are often closely tied. Because besides the idea that “love is love,” the right to equal benefits and protections under the law is one of the main arguments for marriage equality, isn’t it?

Hollibaugh speaks on the gay rights victories that have been won in the past three decades, but acknowledges that the progress we see now isn’t always the progress she’s had in mind: “Being respectful of the extraordinary work that’s happened within the last 35 years is not the same thing as it reflecting my values. I’m not sorry we can now enter the military, and I’m not sorry that we can now marry. But frankly I come from a moment in time, and a radical vision in time, that never made marriage or the military my criteria of success.” 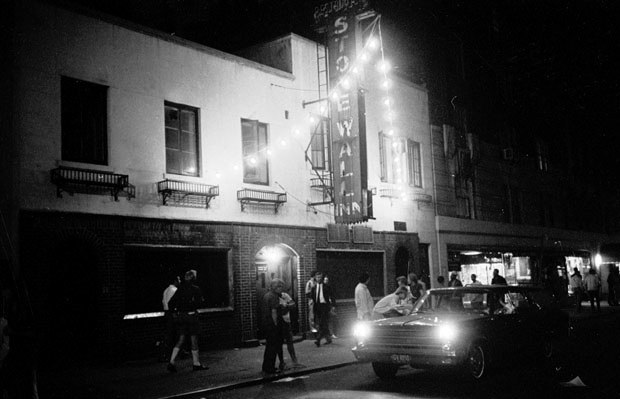 As we move forward in the struggle to be regarded as fully human in the eyes of the law and within society, it’s important to remember that milestones like marriage and the repeal of DADT are certainly victories, but they are not end goals. When the queer liberation movement rose up in the 1960s and 70s, the goal wasn’t equal protection through matrimony, it was ownership of our bodies and the right to exist and feel safe in public spaces. We’re still fighting for that. Rights are only rights if everyone has access to them. Being queer is being anti-racist, being queer is being anti-classist. Acknowledging the struggles of people who aren’t white, who aren’t cis, who aren’t economically privileged, who don’t have access to the victories that have already been won isn’t being divisive, it’s being inclusive. And that’s what equality means.