Samira Ghorbani Danesh has one month left in Germany. The 24-year-old Iranian refugee hopes that this last month will finally bring good news from the courts, which so far have denied her plea for asylum.

Ghorbani Danesh left Iran in 2009, fleeing first to Turkey before making her way to Bavaria, a state in southern Germany. She says it was a party that finally convinced her to leave; “I was at the party and needed to grab some fresh air; I went onto the balcony.” That’s when she saw the men — members of Basji, the secret police. She remembers running inside to warn her friends but couldn’t get anyone’s attention; the music was too loud. Samira hid at a neighbor’s house while her friends were arrested next door.

Things quickly escalated. Ghorbani Danesh was interrogated by the police. Her parents, who had no idea she was gay, received a visit from the Basji. “I was so afraid of my family. I had to leave before they tried to take revenge on me for bringing shame to the family name.”

And so, for the past three years, she’s been living in a German asylum, waiting for the decision on whether or not she’ll be allowed to stay. If forced to return to Iran, Ghorbani Danesh faces brutal punishment. The punishment for homosexual acts between women is 100 lashes for each of the first three offenses, followed by execution. 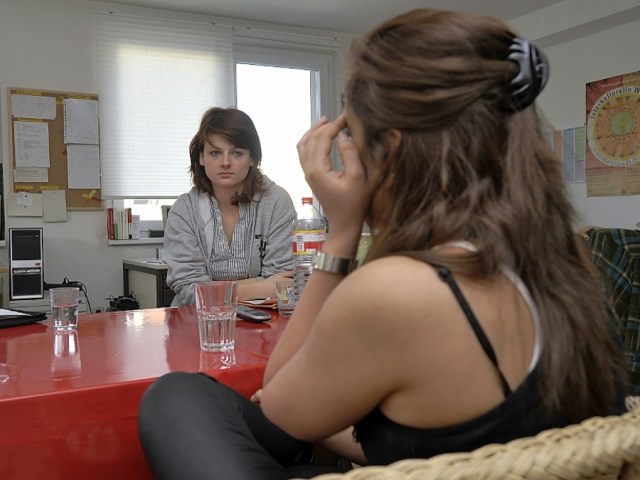 Even so, the German courts have rejected her asylum application. Asylum laws in Germany are vague; while the country acknowledges the UN’s Convention on the Status of Refugees (which doesn’t explicitly list sexual orientation as a protected class), it allows those who don’t meet the typical conditions of a refugee to apply for a suspension of deportation if they face a danger or torture, capital punishment, a risk to their life for freedom or any violation of the European Convention on Human Rights.

A spokesperson for the court says that there are doubts about whether or not she really did experience persecution in Iran. As Samira points out, it’s an absurd accusation–“Why should I make something up and leave my family and friends?” — and at this point, completely moot. If deported, there’s no question; with all the public attention she’s drawn, Ghorbani Danesh will be be immediately imprisioned.

The judge who presided over the case has taken to a highly selectively interpretation of asylum legislation, recommending that, upon returning to Iran, Samira hide her identity to protect her herself. What the judge fails to acknowledge is that pretending to be straight is a compromise to her freedom. The decision is confusing because it betrays such a profound ignorance of Iranian law and, in many people’s minds, egregious lack of morality. Saba Farzan, a German-Iranian human rights expert believes that it’s Germany’s responsibility to support people who escape oppressive regimes. “We need to do everything to welcome her in this country and ultimately choose to be on the right side in defending the legitimate rights of homosexuals.”

Samira Ghorbani Danesh’s fight for asylum reminds us that’s there’s more we’re fighting for than marriage equality and an end to bullying. One of the most striking things about her case is that it brings to light deeply engrained ideas about the very validity of gay rights. In upcoming weeks, appellate courts will consider further details before carrying out Ghorbani Danesh’s deportation. Well over 2,000 people, including prominent members of political parties, have signed an open letter to the Minister of the Interior asking for Samira and all other gay Iranian refugees to be granted asylum. According to activist Katayun Pirdwari, they’re not asking for much; she estimates that this would only apply to 3 or 4 people per year.

With the possibility of a safe life in Iran shrinking as each day goes by, Samira continues to reach out to advocacy organizations and individuals. Her lawyer has submitted a new application for stay and hopes that the courts will finally recognize that the only way they can undo the damaged they’ve done is to grant her asylum. “Samira hopes that you will not let her down,” it reads, “And that Germany is the country where she may live and love how she wants.”