Hey y’all, welcome to this week’s Friday Open Thread! You made it through the week and you’re looking fabulous. I’ll hope you’ll hang out in the comments with me and let me know what’s going on in your neck of the woods.

Can I be honest? I really wanted to come up with a really cool FOT topic to discuss with y’all this week…a cool meme, recap some of my favorite moments from TV…just something light and fun so we could all get a break from the heaviness of the world. But, it’s just not me to pass up an opportunity to step on my soapbox and talk about a political issue. As you can imagine, I am a blast at parties.

This Saturday, in DC, across the United States and beyond, a movement started by a group of teens from Parkland, Florida, who saw their friends and teachers senselessly murdered on Valentine’s Day, will rise up to demand that their lives and safety of our young people become a priority. The March For Our Lives is about ending gun violations in our schools and in our community. It’s about confronting the cowardice that pervades our political system…the kind that substitutes thoughts and prayers for actual substantive change. It’s about saying: enough.

Back in 2016, the Fenway Institute issued a policy brief that laid out the argument for gun control as an LGBT public health issue. They argued that because LGBT communities are, disproportionately, more likely to be the victims of crime and disproportionately more likely to commit suicide, we have a vested interest in supporting effective gun control measures. Everything we’ve witnessed about gun violence since then — especially the pandemic of violence against transwomen — supports that thesis. We must champion this cause, we must do more…because it may well kill us. 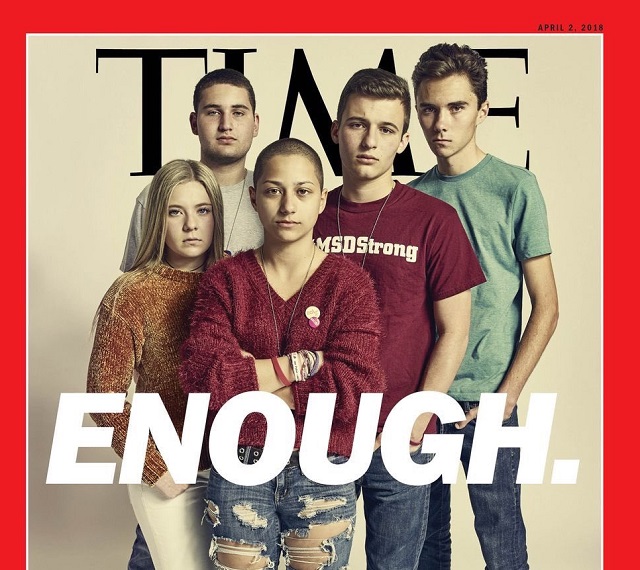 It’s been kinda miraculous to watch these indefatigable kids from Marjory Stoneman Douglas High School, especially Emma Gonzalez. I want both to shelter them from everything else awful in the world and to let them roam freely so that they can achieve their fullest potential. Already, they’ve brought enough public pressure to bear on Florida Governor Rick Scott (R-NRA) that he defied the gun lobby and enacted new gun restrictions. Even Congress looks poised to make some progress: a current provision in the omnibus spending bill — which needs to be passed to keep the government operating — will allow the Centers for Disease Control and Prevention (CDC) to study gun violence. It seems absurd but the CDC hasn’t been allowed to even study the issue since 1996. It’s not enough, but it is a start.

So I’ll be spending my Saturday calling for an end to gun violence (find a sibling march near you) and then freezing my butt off on the sidelines of my nephews’ soccer games (Spring, where are you?!). Let me know what you’ll be up to this weekend and, if you head out to a #MarchForOurLives protest, what the event looks like where you are.

If you need to upload the photo you love from your computer, try using imgur. To learn more about posting photos, check out A. E.’s step-by-step guide.