France is removing the words “mother” and “father” from official French forms and replacing those words with the gender neutral “parents.” And bully to France, I say! While the change in language may seem like a small thing, it’s indicative of something quite a bit larger brewing en France.

The first thing to understand about French as a language: just about everything has a gender. A table is female. A book is male. So I am completement choquée (completely shocked) that they’re making a push for gender neutrality in this instance, because language. But perhaps I shouldn’t be. After all, it’s not a change to language itself. That’s much more difficult to alter, as any change to the French language needs to go through the Académie Française, which is basically a group of people literally called les immortels (the immortals) who are the official authority on the French language. That’s how seriously the French take their French. This is just a change on forms, on legal documents and French legal code, much like the removal of Mademoiselle from government documents. Still, because much of the language is gendered, it’s a pretty big deal. Changing to a gender neutral term is a real signifier of where the country is politically. Same-sex families would now be able to fill out forms in a way that accurately represents their family, whatever gender the parents may be. 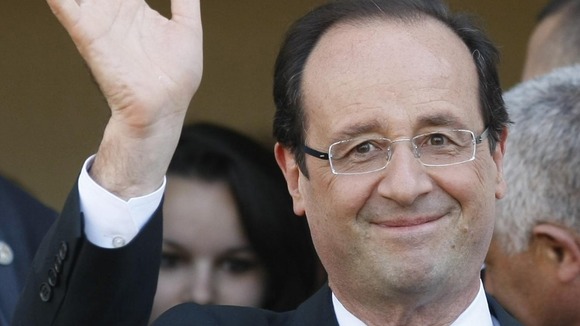 The change is coming about as part of a larger movement to legalize gay marriage. Unlike the United States, France has had national access to civil unions, called pacte civil de solidarité and commonly called PACS. Much like civil unions, PACS provides some of the same legal benefits as marriage, but not all, and can be drawn up between any two people of any gender as a contract to share life and property. People who have engaged in this practice are no longer viewed as single, but as pacsée, which as you could probably tell is not the same word as mariée (married.) And while it’s a damn sight better than what the U.S. has got, it’s still not marriage. Back in May, France elected a new President, François Hollande. He defeated incumbent President Nicolas Sarkozy (sometimes called “Petit George”, in reference to his similarity to George W. Bush.) Part of his campaign promise? Legalize same-sex marriage and adoption. Like, marriage-marriage, not just PACS. The bill will be introduced this October and many are drawing links between this piece of legislation and the change on the form because once the draft is introduced and presumably passed, children may not have one of each anymore. They may just have parents. And in the end, isn’t that what we all have? 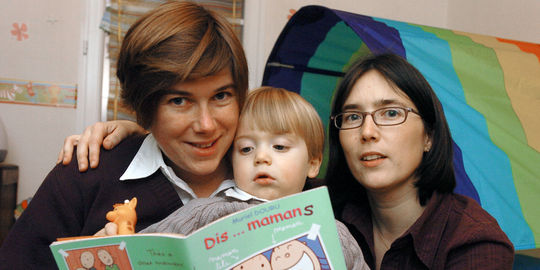 France is going through much the same discussion as the United States is: BUT WHAT ABOUT THE CHILDREN?! Le Monde, a French newspaper, recently conducted a survey (not to be confused with a study) they asked the children of gay parents how they felt. And then they wrote about it. And the sentiments of these French children (and adult-children) sound like a) American children and b) every structure of family’s children. For example, one little boy has two dads, who he describes as “one who says ‘yes’ more, and one who says ‘no’ more.” Some children worry about what happens to them if one of their moms gets sick or dies because they aren’t legally the child of the other, other wonder why the church has anything to say about it when the discussion surrounds civil marriage. And everyone’s answer has one theme running through it: we’re fine. Yes, it’s subjective, but sometimes numbers don’t stand up to experience.

As expected, the Catholic church is reacting poorly both to the change on the forms and to the possible legalization of same-sex marriage. In summary, France hurt their feefees. Cardinal Philippe Barbarin, the highest ranking Catholic cleric in France, lost his shit on a Christian radio show, claiming that that same-sex marriage would lead to polygamy and incest, and also the fall of society. Pope Benedict XVI invited 30 French bishops to Italy to urge them to fight against marriage equality. But as wondered previously, what role does the Church have in any civil marriage? And if you need any ammunition against this argument of “because the Bible says so” in any country, you may want to check out Fish Out of Water or this week’s Savage Love podcast.

For those who are beginning to believe in the forthcoming social apocalypse caused by equality for the French queermos, it’s worth pointing out that Paris has an openly gay mayor, Bertrand Delanoe, and that God hasn’t yet smote Paris. And he’s a mayor who cannot wait to begin performing same-sex marriages in his city and has some major issues with Cardinal Barbarin’s sentiments.

“‘It is very shocking and even surprising coming from him, because he is someone I consider a wise man, he said [of Cardinal Barbarin]. ‘I don’t know what came over him, he flipped his lid a little bit and what he said was downright ugly.'”

It may seem like two simple words. Mother. Father. It’s such a small thing, changing the terms in French civil code to something gender neutral. Most would say that it’s not much of a to-do. But look at the impact just this action can have. Although the Catholic Church has it’s knickers in a twist, Mayor Delanoe doesn’t seem concerned one bit. The kerfuffle and the act itself signify a time of great political change for France, from it’s previously conservative and traditional outlook to something much more progressive. So while yes, it’s just a word, these words mean that it’s a great time to be queer in France.