The issue of homeless and displaced gay teens has been one of the most heartbreaking and persistent problems facing the community for far too long, and unfortunately their struggles are ongoing. In 2009, the National Coalition for the Homeless reported that a full 20% of homeless children and teens identified as LGBT, which at least twice the number of LGBT kids in the general population, especially when you take into account the fact that many people don’t come out to themselves or others until post-adolescence or adulthood. The problems these kids are often homeless because of – sexual abuse, neglectful or homophobic foster parents, being disowned by their biological parents – are just as bad.

Many of the problems that face young queer people are present in the story Brian Dixon, who is now 21 and spent much of his youth homeless and openly gay. 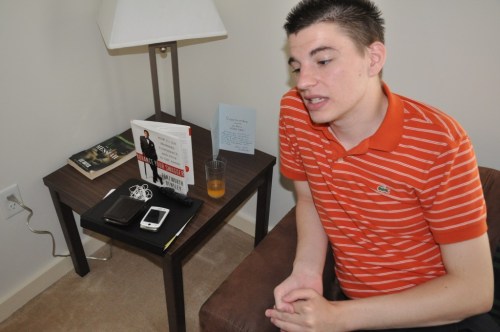 Brian was born into an abusive home, which he left at 14 to live with his grandparents, whose care he left and entered the Georgia foster care system in a few months. He earned a G.E.D. and aged out of foster care, to be forced into a series of shelters. When it comes to support for the homelessness, the gaps in care left by federal authority are often filled by religious groups. While their passion for helping is genuine, Christian shelters’ desire to help often also comes with a religiously motivated distaste for homosexuality; Dixon describes being kicked out of a Christian group home despite taking great pains to conceal his sexual orientation. Shelters for adults rather than teens were dangerous as well- Dixon tried them, but describes many as being centers for adult predators to find needy kids to prey on. At his lowest point, Dixon found himself in the place that, unfortunately, many kids on the street do – surviving by prostitution and developing a serious drug addiction, as well as surviving rape.

Today, Dixon is clean and sober and participates in a life skills program that teaches job skills, provides counseling, and offers educational support. He credits his turnaround to God and his strong faith, and also to youth-focused homeless nonprofits like CHRIS Kids and Covenant House. He now has a home all to himself – a one-bedroom apartment in which all the furniture has been generously provided by CHRIS Kids supporters. His apartment community specifically supports gay youth ages 17-24, either as single young adults or young parents, especially those who have been homeless, who have aged out of foster care, or who have emotional or behavioral issues. It’s the only apartment community of its kind in the Southeast.

“There are a couple of organizations doing a lot for the young LGBTQ community [in metro Atlanta] but not nearly enough,” says Covenant House Executive Director Allison Ashe. “Resources for homeless kids in general are scarce here. At Covenant House we have an open intake process at our crisis shelter. We have 15 beds and can overflow to 20 and we’re full every night.” 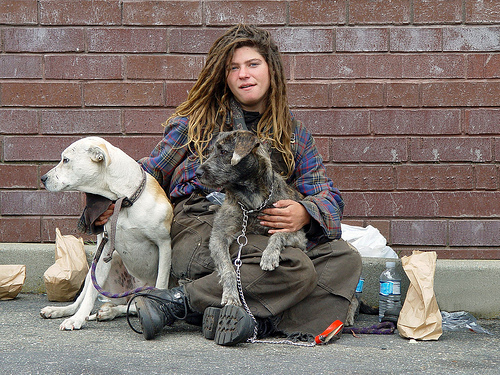 Covenant House and programs like it are the result of enormously dedicated individuals who have given over much of their lives to try to offset the deeply unfair landscape that kids like Brian Dixon face – and at least in the case of Covenant House’s parent organization, they’re 99% privately funded. Summit House, the apartment complex where Dixon is living currently, is federally subsidized – which means that in order to continue receiving money from the government, its residents must swear off drinking and smoking as well as submit to a background check to stay there. While there’s no information on what kind of background information would disqualify someone, it’s ironic that the things that would usually mean failing a background check, like addiction or prostitution, are what these kids are meant to be rescued from. There’s an overwhelming need for the services these organizations provide, and it seems like they rely largely on the support of private foundations and individuals to make it happen.

Obama’s administration has recently publicly committed to making gay teen homelessness an issue; as far as putting their money where their mouth is, they’re putting millions of dollars into a five-year pilot program in LA County meant to increase support for gay homeless teens. Obviously that’s a good thing, but in light of the work that smaller, local organization like the Georgia Covenant House are doing, it seems very high-level compared to the daily reality that these kids live with. Pilot programs, while they do mean change in the moment, are conceptually aimed towards exploring a problem and possible solutions for it. It seems heartbreakingly clear that kids like Brian Dixon and the overwhelmed organizations that have supported him need solutions now.

There are plenty of issues that, in real terms, locally based activist groups are always going to be more effective at addressing than bureaucratic entities. They know what the problem is like on the ground, and don’t need years of surveys and fact-finding to determine what to do about it. But on the other hand, they are almost always working with infinitesimal resources, and strained to the limit of their ability every day.

Obama’s move on this issue is undoubtedly positive, and one of the most insightful recognitions of the problems facing the gay community of any president in history. But in the press release around it, there were only facts and figures; so far there are no personal stories of survival attached to that plan, because it comes from an office, not a shelter.

On the other hand, you have places like the Covenant House and Summit House, which are built entirely out of stories of survival and those who made them possible – but who are struggling every day. Another local organization, run by YouthPride to provide emergency resources around things like eviction or dangerous situations, has had to cease operations because of lack of financial support.

Brian Dixon’s story isn’t over, nor are the stories of the thousands of queer homeless teens in America right now. There are still a million questions to be answered – Dixon has begun the process of becoming a Pentecostal minister, and it remains to be seen where his journey will take him. But one question that should be answered sooner rather than later is: why does there have to be such a wide gulf between state and activist support for the kids that need help most? And what can be done to fix it?