The Olympics may be over, but that doesn’t mean you have to stop cheering for awesome female athletes! This Sunday, Annaleise Carr became the youngest person ever to swim across Lake Ontario. Annaleise is exceptional, but she’s not the exception: all around the world, young women are kicking ass and taking names. They’re sailing around the globe, bicycling across Europe, and doing yoga to classical music! Brought to you by my love for athletic women, here’s a list of sporty women to watch out for.

Five Female Athletes You May Not Know About:

1. Annaleise Carr (Canada): This past Sunday, Carr became the youngest person, at only 14 years old, to swim across Lake Ontario. She crossed 52.5 kilometres from the mouth of the Niagara River to Toronto’s Marilyn Bell Park, named after the first person ever to swim across the lake. In 1956, 16 year-old Bell made history, but this weekend it was all about Carr who battled high waves, a cold current, leg cramps and boredom – the swim took a grand total of 27 hours – all to raise funds for Camp Trillium, a summer camp for children with cancer. 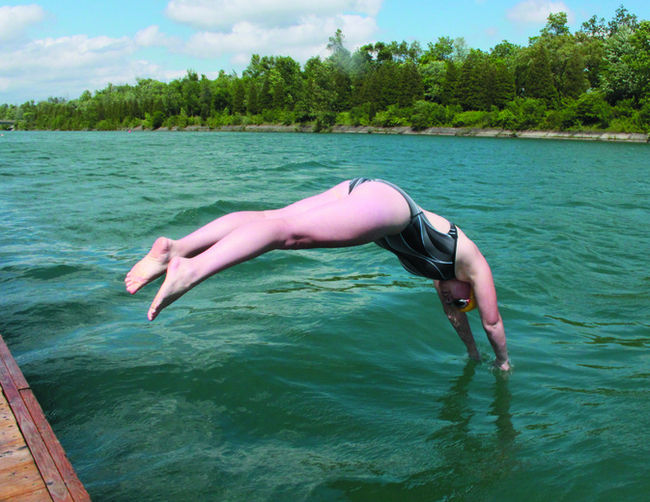 2. Kasia Szewcyk (Poland and Canada): This May, Szewcyk began a cycling journey she will never forget. Departing from Barcelona, Spain, where she picked up a touring bicycle made from recycled parts, she commenced a 3,500-kilometer solo cycling journey that ended in Istanbul, Turkey. Forgoing regular showers, a comfortable bed, and a normal social life, she raised money for World Literacy Canada to support women’s education and literacy programs in India. She even kept a blog about her journey. It’s a super interesting read, should be made into a book, and contains sentences like “Bike travel is awesome because during the cycling you occasionally have great and easily digestible fly-protein zoom straight in your mouth, free of charge.” Once upon a time Kasia was my roommate, so when I say she’s cool, you know it’s true. 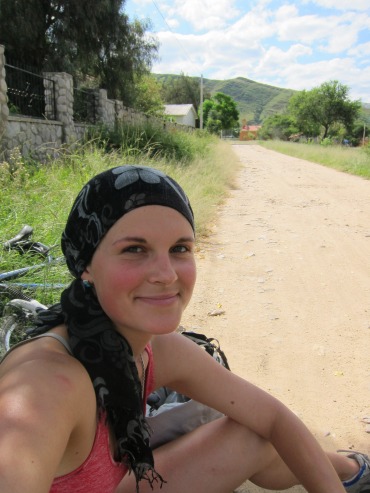 3.Meghan Currie (Canada): Described by a friend of mine as “the woman I will marry,” Currie paints, does yoga to classical music, and has a website that tells you to “love every day.” You’ll want to marry her too after watching this video:

4. Laura Decker (Netherlands): Earlier this year, 16 year-old Decker became the youngest person to single-handedly circumnavigate the globe. To do so, she had to battle Dutch authorities who were concerned that the teenager was too young for such an undertaking. She said she was more afraid of social services locking her up than she was of pirates and treacherous sea storms. But the authorities were wrong about Decker: not only did she finish the 5 month-long journey safe and sound, but while at sea, she also completed all her homework. She also kept a blog, writing about meeting dolphins, penguins, and her appreciation for nature. 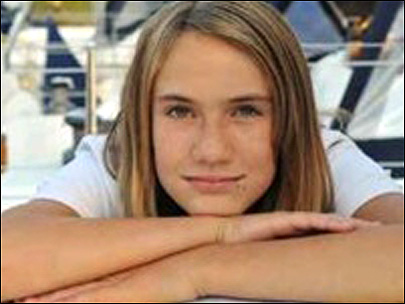 5. Lianne McTavish (Canada): McTavish may be a little older than the other women on this list, but c’mon, I had to include this woman who not only teaches Art History at the University of Alberta but is also a bodybuilder, a feminist, and a writer whose blog discusses how to ‘Look Hot While You Fight the Patriarchy.” 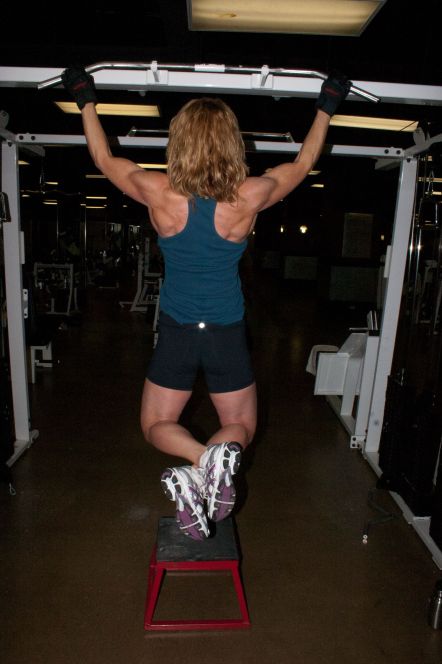