The upcoming Rose Parade will be historic for two reasons; not only will the New Year’s Day celebration mark the 125th commemoration of the event, but the Parade will also feature its first live same-sex wedding. The Rose Parade, considered “America’s New Year’s celebration,” consists of an array of rose covered floats passing through Colorado Boulevard in Pasadena, California. One wedding cake-shaped float, sponsored by the AIDS Healthcare Foundation, will highlight a live same-sex wedding for the first time since the parade began in 1890.

While a landmark occasion, this particular wedding ceremony will not be the first one that the parade has ever hosted. The first recorded wedding ceremony took place in 1989 atop the Huntington Hotel’s float. Almost a decade and a half later, in 2012, Farmer’s Insurance created a competition to find the perfect couple to wed on top of the “Love Float” for the 2013 Rose Parade. Notably, same-sex couples were not allowed to marry in the state of California during either of those Rose Parade ceremonies and thus were explicitly ineligible for such a public form of matrimony. 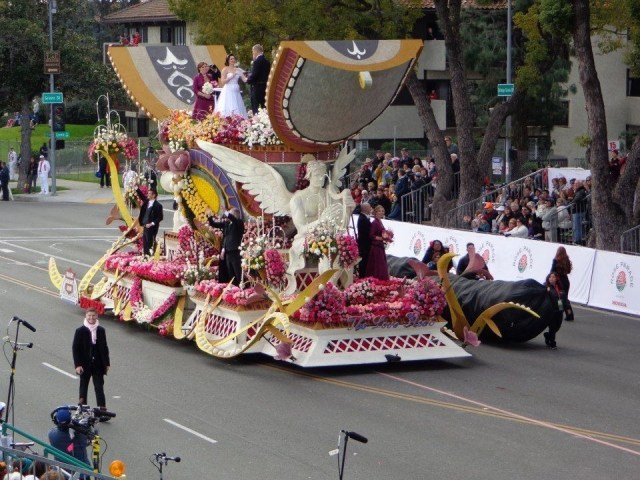 For the last three years, the AIDS Healthcare Foundation has dedicated its float entries to their mission of advocating for AIDS awareness throughout the worldwide and delivering medical services. In this upcoming Rose Parade, the AIDS Healthcare Foundation is promoting its 2014 wedding float with the slogan “Love is the Best Protection,” to promote legalizing same-sex marriage as a method to keep gay men safer from HIV/AIDS.

That a same-sex couple now has the privilege to get married during this New Year’s Rose Bowl Parade clearly demonstrates the shift in attitudes and legislation that has taken place in the last 125 years. Last year’s “Love Float” limited potential contestants to engaged couples who legally could get married in the state of California. A year later, same-sex couples are no longer excluded by law from marital recognition in California, thanks to the Supreme Court’s ruling in June. For many people, seeing Danny LeClair and Aubrey Loots join in matrimony in such a public way will provide a symbol of hope that same-sex couples can be seen as legitimate elsewhere in the nation.

At the same time, the fact that the float’s slogan equates love with marriage, thus suggesting that the way to legitimize queer relationships is by means of matrimony, is frustrating to some. While it is significant and important to normalize the idea of two men getting married, the idea behind the float seems to subscribe to a notion of respectability that not everyone in the LGBT community is interested in. In explaining the organization’s float choice, the president of the AIDS Healthcare Foundation claims that legalizing same-sex marriage will reduce the rates of AIDS infection among gay men. This mentality appears to equate HIV/AIDS infection with being outside of a committed relationship rather than unsafe sex practices that can occur in any kind of relationship, and prioritize marriage-sanctioned monogamy over safer sex education specifically designed for queer individuals and increasing LGBT folks’ access to HIV/AIDS testing. Advocating marriage equality for LGBT communities throughout the United States and elsewhere is extremely important, but upholding marriage as a means to protect people from AIDS seems more like a nod to stereotypes of queer promiscuity that only matrimony is presumed to rein in. This brand of respectable queerness places the focus on appealing to heteronormative standards of safe sexuality and obscures real ways to keep queer people safe from STIs. 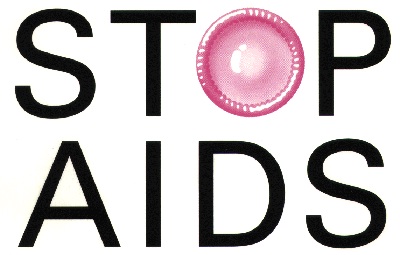 The AIDS Healthcare Foundation has led many important initiatives on behalf of AIDS awareness and prevention that consider how AIDS affects LGBT communities. This float definitely does not diminish the importance of the organization’s advocacy efforts, even the claim that “love is the best protection” may be a debatable one. Perhaps love is truly the best protection from some things, but not necessarily in the face of the AIDS crisis. Love is the best protection for LGBT people seeking acceptance from their communities, for people standing against homophobia, and for same-sex couples aiming to normalize their love. Love is the foundation for our political and personal work in LGBT spheres. And that encompasses many kinds of love, which might be complicated and multifaceted — love that flourishes inside and outside of marriages, between couples and in communities, in times of illness and crisis and also at times of stability. May the Rose Parade’s wedding bells ring in a new year of equality and acceptance.