Hey there cats and kittens,

Guess what we’re doing today? Today, we’re asking you to believe in us — and more than us, in independent queer media.

Thanks to the darling and stalwart humans who funded us in 2020, Autostraddle got some fucking work done. We originally asked for enough support to get us through the end of 2020, but between new A+ members, merch sales and some ad sales, we wound up with enough money to fully cover our expenses until the end of February 2021.

But…the end of February is not far away, and starting in March, we’ll have a gap in our funding each month, and this gap in funding is even higher than normal thanks in no small part to an 86% drop in ad sales we experienced due to the pandemic. So, we’re asking you to join us in raising enough money to close the gap between the revenue given to us by A+ members, and what we need to cover our costs through July. Every person who contributes, every gift, every person who chooses to receive one of our ultra-gay fundraiser perks, every new A+ membership and every share of our fundraiser on social media buys us more time.

Joining A+ is the best way to support Autostraddle. It’s an evergreen goal of ours to grow our A+ community because the more A+ members join up, the more likely it is we’ll be able to fundraise for lower goals or less often in the future. Will you help us out?

Or do you want to give directly?

Independent queer media outlets — platforms that aren’t owned by a larger corporate media company, dependent on VC funding, or a vertical of a mainstream corporate-owned property — that survive for multiple trips around the sun are the exception that proves the rule. Autostraddle is one of very few queer media outlets or publications still around in 2021 (though we’re always thrilled to see new ones join us!) . And considering, you know, everything, we very well might not be around someday.

But, we’re hoping that with the support of our community, we’ll be able to say: NOT TODAY, SATAN! We are not going anywhere — at least not this year! We’re going to stick this one out, with a little help. Okay? Okay. Yes, we fundraised twice in 2020, and this is part of our business model for a number of reasons.

We’ve worked hard to be as sustainable as possible, even as digital media has become a less and less stable industry; that’s why we launched A+, our membership program, well before paywalls and subscriptions became commonplace for even prestige platforms. It’s been a lifesaver, and the financial stability we have from A+ is the only reason we’ve made it this far. At the same time, 99.99% of the people who read Autostraddle are not A+ members (the best way to support us). Are you as surprised as we were to figure this out? It’s not even 0.1%, to be honest. It’s like… decimal points away from that. If we even actually ever got to the 0.1% mark (0.001 in straight up decimals), we’d be so happy. Can you imagine? Are you, reader, currently in that 99.99%? Do you want to be a member?

We believe in what we’re doing, we believe in you, and we believe in this community. Will you believe along with us? Will you join A+? Plus A+ memberships now count toward our fundraiser goal! What a day to be gay and alive!

We KNOW that pop-ups are annoying. We know it sucks to be constantly asked for money, and that dozens of other organizations in your life are asking you for the same. But we also know that the fact that reader support is the only way independent media can survive means that we — and places like us — have to fundraise on the reg. We know that this reader-supported business model does not adhere to the expectations the world held for digital media earlier in this century. (Although, to be fair, even those change — Autostraddle started the A+ membership program in 2014 because the writing was on the wall and faced some backlash, and now look at us all, subscriptions for journalism as far as the eye can see.) The truth is, as we all mostly know by now, truly independent media with a Gay Agenda can’t rely on wealthy corporations, extremely wealthy lesbians* or our governments to protect us — and that it’s far more sustainable to bet on each other, on community, and on you, dear readers.

This is a big number! It makes us anxious, too. Last year, we had money from ad sales in 2019 that was still being paid out to us at the start of the year. This year, we have no such thing — the pandemic and accompanying recession has dried it up completely. This is what it looks like when we’ve committed to no pay cuts and no lay-offs but also, again, saw a drop in ad sales of 86% in 2020. Autostraddle also added healthcare for our team in 2019, welcomed Kamala onto the team at the end of 2019 (along with me, so that I could help do the work of keeping us afloat), and in 2020, hired Trans Subject Editor Xoai Pham in early 2020, signed on an amazing tech team and SEO help — and we’ve included the pay for a new TBD additional part-time subject editor, who will be promoted internally — part of several opportunities we’ve created for internal upward growth for our team. Having a paid team who are compensated as fairly as possible (though we still have aspirations about getting closer to competitive rates, which we inch toward every time we successfully fundraise!) costs money. There is no such thing as free content. Somewhere, somehow, someone has to make it possible. For us, our readers are the only ones we can rely on for that support.

Over our nearly 12 years in the trenches of the internet, we learned some things a long time ago that are just starting to become mainstream knowledge. For one, the history of Autostraddle’s difficulty in selling ads is long and storied, but also easily summarized as: because we are lesbians, bisexuals and queers who are also women and trans people of all genders, we are not a target market in the same way cis/straight people but also cis gay men are. Publications that prioritize cis men have a much easier time getting ad money… but that’s just not us, and we don’t want it to be.

Now, in 2020 and 2021, we’re seeing momentum around the idea that local news and other independent media outlets can only truly be sustained by reader membership programs — and more than that, that they do better work when they are. This is something Autostraddle started doing in 2014, but we must be invisible or something because I have not noticed any of these people talking about us!

However, we’re going to talk about it right now. I get more into this in our business model post (which is now updated with the latest data and context! yay!), but A+ Membership is really the way to increased sustainability and decreased volatility for Autostraddle. If you want us to fundraise less in the future (because in theory, we will eventually hit enough members and then be able to reduce either our goal amounts or fundraising frequency), now is the time to become an A+ member! Want some numbers? Maybe some charts? Go on over to that updated business model post. In short though, if you’re considering it, please consider it a little bit more! We need you, and you will in fact make a difference.

It’s not that A+ Membership isn’t working, it is working. A+ Members are one of the main reasons Autostraddle survived 2020 (as A+ members can see in our Annual Report). We just need more members in order to reach a greater level of sustainability. It’s an inverse relationship; the more members we have, the less we might have to fundraise. You could say the same about ad sales, but again, we cannot count on those. But, if we do get more ad sales this year, again, we’ll fundraise less when possible!

Now, onto the fun stuff. Do you want to live deliciously? BECAUSE WE HAVE SOME THINGS FOR YOU! Besides perks like the ones below that you can check out at autostraddle.biz/gifts… 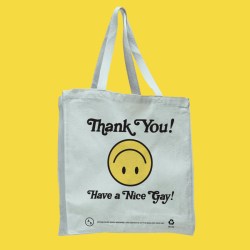 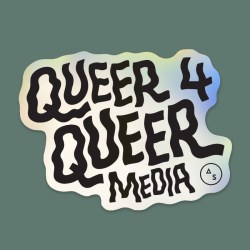 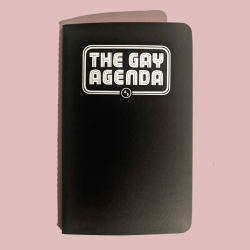 We also highly encourage you to check out Autostraddle.com on Friday, February 12th for a surprise. THEN February 13-14, we’re going to open up a special Valentine’s Day Weekend-Only Discord Server JUST for A+ Members. Not an A+ Member? Want to look for internet friends on a Discord Server (like a Slack) hosted by Autostraddle this weekend? Now’s the time to sign up. (We’ll post the login at 6am PST on the 13th, in an A+ only post.) AND, on Valentine’s Day, we’ll be hosting 8 of your favorite experts on queer sex and dating as they take over our insta to answer your questions all day long in an AMA.

We hope you’ll join us for the fun, because, yes, we’re having a fundraising and membership drive so we can keep going, but we also really believe that this will work, and so we’re going to be joyous along the way. Thanks for being here with us.

P.S. Did we mention that 99% of our readers are NOT YET MEMBERS? AND becoming an A+ Member will help us reach our fundraising goal. For example, if you join up as a monthly Silver member at $12 a month, that will be $12 toward our fundraising goal in February, and if we’re still fundraising in March, $12 then, too! If you sign up for a yearly membership, say the $30 / year Cobalt level, or if you give a gift membership for the same, that’s $30 added toward our goal. Even if you feel you’ve “outgrown” this place, we hope you’ll remember why you felt we were necessary to your life once, and know that this is true of someone else right this moment. Will you support Autostraddle for those who need us a little but especially for the folks who need us a lot? If you’re not an A+ member, will you join?

*If you are, in fact, someone who wants to help us out in a big way, we would love that and would love to talk to you! Let us know. We just… we’re a little tired of people asking why Ellen DeGeneres doesn’t contribute to us.

Nicole Hall is Autostraddle's A+ and Fundraising Director, and has been fundraising and working in the arts and nonprofit sector for over a decade. They write nonfiction as well as aggressively gay and sometimes spooky fiction. They live in Pittsburgh with their partner, Sadie. They are also a gardener, project queer, witchy/wizardly human and BFF to a lovely senior rescue dog. You can find them on Twitter and Instagram as @nknhall.

Nicole has written 72 articles for us.