Etta James, soul singer and heartbreaking crooner of  “At Last,” “The Wallflower” and “Trust in Me,” passed away today due to complications from leukemia. James was also afflicted with dementia and hepatitis C. She was 73, just short of what would be her 74th birthday next Wednesday. 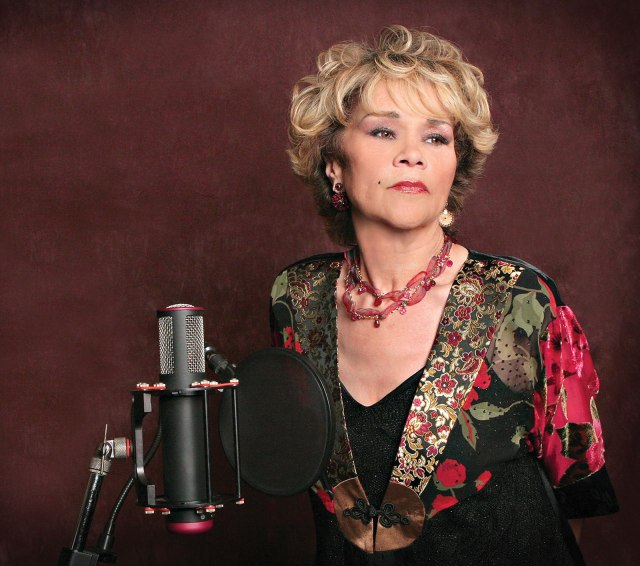 “This is a tremendous loss for the family, her friends and fans around the world,” Lupe De Leon, James’s manager and friend said to CNN. “She was a true original who could sing it all — her music defied category.” According to De Leon, James passed away with “her husband, Artis Mills, and her sons by her side.”

In 2010, James was diagnosed with leukemia, which didn’t prevent her from releasing her 2011 studio album, The Dreamer, which she announced would be her last. The Dreamer was an accomplishment that marked the end of an inspiring career — she was celebrated with six Grammys, an induction into the Rock & Roll Hall of Fame in 1993, and 17 Blues Music Awards, among others. Her stark, unblinking downward stare  on the cover of The Dreamer is reminiscent of the cover of her first album, At Last, released in 1960 — on At Last she looks up and away, similarly unblinking. It’s a fitting image to say goodbye with.

James was born Jamesetta Hawkins on January 25, 1938. She was the daughter of a 14-year-old mother, Dorothy Hawkins, and a father who was largely absent; she later speculated he was Rudolf “Minnesota Fats” Wanderone a prominent pool player. At the age of 17, James released her first hit, “Roll with Me Henry” in 1955, which had to be renamed “The Wallflower” because of the title’s innuendo — and the song stayed at #1 on the R&B Charts that year.

It wasn’t until her first album, At Last, that her take on the album’s title song would cement the ballad in place as one of the standard love songs of the 20th and 21st centuries — I’m sure you’ve heard it before, and most notably and recently it was performed during the 2008 Inauguration Ball where Barack and Michelle danced to the tune together. The song is a staple in commercials and TV shows, and has become a cultural signifier of love and happiness — when the strings fall into place and her voice rumbles in, you get the message immediately and profoundly.

James’s ability to communicate love, longing and sadness in the dips and turns of her voice was magnificent, and she still managed to make your heart twist in knots up from the opening of her first album to the final notes of her last.

Etta James will be missed.

“The Wallflower (Roll with Me Henry)”