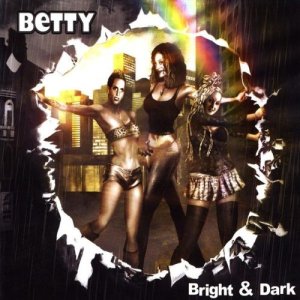 Elizabeth Ziff (aka EZGirl) doesn’t care that you hate The L Word‘s theme song, or even that you might not like the show for which she was co-executive producer, music supervisor, and writer for several years. Elizabeth Ziff is every bit as firey, unapologetic and punk-sharp as the music she makes with her band BETTY (comprised of Elizabeth, her sister Amy Ziff and Alyson Palmer), which had a 20-year history of recording, touring and activism in the gay community before coming to The L Word. BETTY’s loyal fans go wild for the band’s outrageous, boundary-pushing rock shows.

After a three year battle with breast cancer, Elizabeth is now officially a survivor. Remarkably recorded while Elizabeth was undergoing chemotherapy, BETTY’s eighth album Bright & Dark is perhaps the most accessible, radio friendly, pop/dance record of their career. So I thought I’d talk to the woman behind the controversy and she opened up about the writing process, what she’d do differently in Dana’s storyline, gay marriage, the Hollywood scene, chemotherapy, Ilene and so much more… 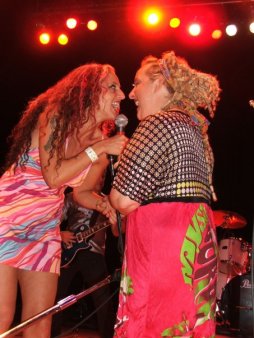 Jess: What are you listening to right now?

E.Ziff: What I’m listening to right now, incessantly, is old Sam Cooke. This record in particular called Night Beat, which is just flawless. I’ve been listening to a lot of Melody Gardot, who I love. I think her voice is incredible; it’s sort of Norah Jones-like. I saw her at City Winery and she’s amazing and her story is amazing. She’s definitely worth listening to. I’ve also been listening to Muse, who I love and I’ve been listening to MEN, their EP, and JD [Samson, of Le Tigre] is a friend and I really like her work. The thing is, I’m just starting to listen to music again because, with The L Word, I was shoving music down my throat 24/7 and I was trying to find gay work and I was actively seeking people in the community who had never been used before. And, music didn’t really work for me when I was really, really sick. And I was really, really sick for a while. Also, when I’m creating or writing music I don’t really listen to it.

Jess: What changes have you seen take place over the years in the queer music scene in New York?

E.Ziff: It’s hard because I’m peripheral in the lesbian world, really. I mean, I’m all about it politically, but I’ve been on tour for 20 years and not necessarily “lesbian” tour. But, as far as the changes go in the East Village, it’s gotten a lot more expensive so a lot of artists have moved out. I think the music scene is alive and kickin’, especially in Brooklyn. There’s a lot happening now because of the economic crisis cause whenever there’s an economic crisis the art springs up more, and quickly.

Jess: Are there any emerging, underground artists to look out for?

E.Ziff: MEN, for sure. They’re not gonna be underground for long.

Jess: You were in charge of scoring and choosing the songs played throughout the episodes on The L Word — Salt-n-Pepa, The Jackson Five, Freezepop, Goldfrapp, The Ting Tings, Tegan & Sara, Leonard Cohen, etc. How was that?

Jess: One song that became very popular was Alice Smith’s “Dream” from the 5th season when Bette & Tina start getting back together.

E.Ziff: When I was writing that episode, I think Alice Smith had sent me a demo or something and I heard that song and I was like “Oh my god, this is totally the fucking song!” It’s amazing! So, I just had to figure out where I was going to place it, after they had filmed it. I wanted it to crescendo, and I wanted it to end just as the black comes, cause usually you have the music that plays over the closing credits. But, I think that was a really great use of that song. I honestly get really excited about finding the right song for the right moment.

+
Jess:You recorded this album while undergoing chemotherapy. How did you find the energy to get out of bed let alone sing?

E.Ziff: Yea, I was pretty much in the throws of it… it was pretty brutal. It was in the first 3 months of my chemo, and chemo is cumulative. I was also smoking a lot of pot, and I’m not a big pot smoker but it was the only thing that really helped. Basically, I just sort of sat up and sang. It was hard for [producer] David Maurice because he didn’t know when to push me and when not to, but I think the vocals turned out well… but I don’t remember doing them. 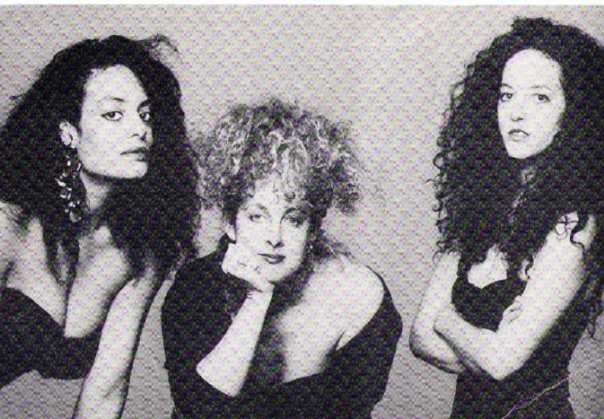 E.Ziff: Well, it always changes but I really like “Raw.” I think it’s a great lyric, my sister [Amy Ziff] wrote the lyrics. We did a video of ”Did You Tell Her” and the next video we’re probably going to do is “A Fix Of You.”

Jess: Are there any songs on the record that are particularly personal to you?

E.Ziff: “Jesus” is pretty personal. Originally I had written it about a man, and then I changed it to be about a woman. It was about an old-time boyfriend that I knew many many many years ago, but he was gorgeous and he looked how I thought Jesus would’ve looked. Long hair, beard, mustache but really beautiful. Now, because I’ve been a lesbian for so long it’s interesting to be talking about different attractions. I always considered it a genderless song – for whoever was listening to it, it’s just about being attracted to someone who you’re not supposed to be attracted to really. So, we originally recorded it [in 2006] with the pronoun being a female because Amy & Alyson wanted me to do that, and then we re-recorded it for the record, and our producer said “Why don’t you just use the word –you-“ [so the song remains genderless as originally intended].

“A Fix of You” is really personal and I wrote it a long, long time ago when I had a breakup with a longtime girlfriend, like 7 years. I wrote it on the road in like 25 minutes or something. It’s had a lot of permutations over the years but we were able to rediscover it this year. It’s interesting because I don’t really remember singing this record.

Listen to “A Fix of You”

Jess: BETTY’s obviously been around since the 80s but a lot of people were first introduced to the band through the theme song. Does it bother you that a lot people judge the band based off that 1 song?

E.Ziff: I don’t care. We’ve been around forever. We have so many fans that don’t even know what The L Word is. We’ve been on international public radio… I can’t try to control what people think, that’s the last thing I wanna do now, that’s for sure! So, if someone wants to have a preconceived notion – let ‘em.

+
Fun Fact: The L Word wasn’t BETTY’s first theme song (although it was the first theme song to use the word “fuck”); the group provided theme song & house band services to HBO Real Sex, TLC’s Cover Shot, Comedy Central’s Out on the Edge, Animal Planet’s Ms. Adventure and the HBO/CTW’s children’s show Encyclopedia from 1986. Here’s the opening from Encyclopedia:

Jess: How does being a musician help with your script writing?

E.Ziff: Well, I write songs like stories. I’m not an abstract writer, I’m pretty linear… it’s actually a lot like writing a set list. You wanna take the audience on a journey, you wanna start at the beginning and have the ups and downs with different acts. It’s sort of a natural progression, to go from being a musician to writing a script, at least it was for me. I was pretty lucky. It comes really natural to me and I’ve written stuff before; I started writing a book a long time ago, I wrote the Off Broadway play, Betty Rules, with [band mates] Amy and Alyson. I’ve written a lot of scripts before I ever started writing for The L Word, mostly film scripts. It’s really fun to be good at something new that has nothing to do with your main career, really. Like wow, this is really fun and easy and I’m good at it! 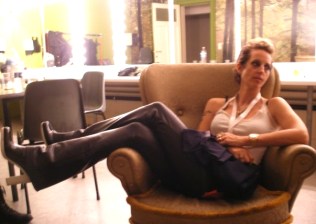 Jess: Do you want to write for another TV series?

E.Ziff: I would write for another TV show, sure, as long as it was a good environment and not a sexist or homophobic piece of work, which is pretty limiting. That’s why I’m writing my own things. I would like to work on [other projects] – I think I can bring a lot to the table for other things that are on television. I have this huge breadth of life experience, which is why I think it’s easy for me to write – because I’ve done so many things in my life and had so many experiences – I read, I travel, I’ve had that opportunity so I’m really lucky.

Jess: I think a lot of people had the misconception that you came out of nowhere prior to writing on The L Word.

E.Ziff: I didn’t do what they did in Hollywood. I had no intention of ever writing for a TV show. It’s a misconception, but I don’t mind. It seemed like it came from nowhere, because in Hollywood you go to film school then you’re an assistant for 12 years and then you’re a junior executive, I never did any of that. I’ve been on the road for 25 years so that’s pretty much my experience. I guess people thought I came from nowhere, but who cares? Where did most people come from, ya know what I mean? Where did Diablo Cody [Juno screenwriter and United States of Tara creator] come from?

“We have so many fans that don’t even know what The L Word is. I can’t try to control what people think. So, if someone wants to have a preconceived notion – let ‘em.”

Jess: Did you approach Ilene Chaiken about writing?

E.Ziff: No, she approached me. She knew that I had written before and she had seen Betty Rules [their Off Broadway musical]. That’s one thing that Ilene’s good at – taking someone and seeing that they are good at something even if they don’t know it themselves. So, I’m grateful to her for that. And, she gave me the opportunity and I really pulled through for her. I think she was really happy with the scripts that I wrote.

+
Next:
“It wasn’t my show, that’s the reality. I mean, if it had been my show it would have been different. First of all, it would’ve been in New York.”