We’ve teamed up with our favorite fashion transgressors, dapperQ, to tackle your most pressing, masculine-of-center clothing quandaries! For more on dapperQ and how to submit your own questions, just scroll on down to the bottom of this post. 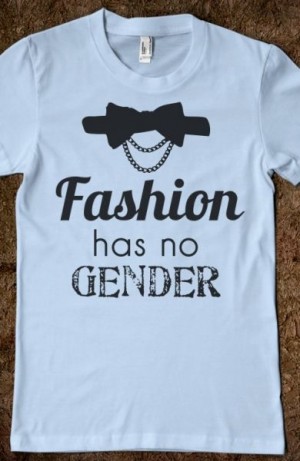 Q:
When I’m shopping in the men’s/boy’s department, which dressing room am I supposed to use?

I preface this post by stating that my response to the above question should not be taken as legal advice and that readers should consider their safety when deciding which dressing room to use.

Many of our readers at dapperQ and allies have had negative experiences with shopping, especially when it comes to using gender specific dressing rooms. Our very own founder, Susan Herr, was prevented from using a “men’s” dressing room and asked to use a “women’s” dressing room at a Loehmanns in the heart of one of Manhattan’s most notorious gayboorhoods, Chelsea. dapperQ contributor Titus Androgynous was once redirected to a “women’s” dressing room when she asked if she could use a “men’s” dressing room that was closer to the items she needed to try on. (Titus no longer asks. Titus just walks in like she belongs and lets the store staff “question their assumptions.”) A Butch Voices article also chronicles the more overt tactics that are employed to intimidate people into complying with binary gender norms when it comes to using dressing rooms. These types of experiences are some of the primary forces that drive the need for the work we do at dapperQ.

I spoke with a representative from the National Center for Transgender Equality (NCTE) and was told that the answer to this question is that there is no answer to this question. At the moment, NCTE is not aware of any federal, state, or local laws in the United States explicitly barring anyone, regardless of their gender presentation, from entering men’s dressing rooms. For the most part, the same is true for women’s dressing rooms. (There may be loopholes.) Some jurisdictions have explicit anti-discrimination laws that implicitly protect you from being denied entry into dressing rooms based on your gender.

However, the laws are constantly in flux and may change, for better or for worse. Last year, a Texas based Macy’s fired one of their employees, Natalie Johnson, for violating the store’s LGBT policy when she prevented a transgender woman from entering a “women’s dressing area.”

In response to this, Tennessee State Representative Richard Floyd (R) drafted House Bill 2279. If it had passed, the bill would have prevented gender mixing in gender-designated public bathrooms and dressing rooms and required people to use the gender assigned on their birth certificate to determine which spaces are legal to enter. Floyd recently withdrew the bill, but conservative groups have used Johnson’s firing to launch other attacks, such as calls for boycotts.

In addition to knowing your legal rights, the NCTE recommends that you consider your emotional and physical well-being when deciding which dressing room to use. This advice is not meant to discourage you from taking a stand or being true to yourself. On the contrary. It is meant to encourage you to be prepared and strong in your actions, to have a plan and think about how to respond to certain situations in advance so that you can confidently walk into whatever decision you choose. For example, you may want to bring supportive friends and family with you. (They may also be helpful in providing fashion feedback in addition to protection.) 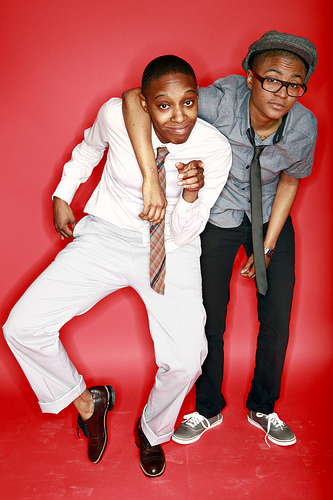 Further, you can shop at stores that offer gender neutral dressing rooms. Here’s a short list of such stores, as recommended by other readers. (Store policies vary by location. Corporate and local store policies, views, and opinions do not necessarily represent the views of dapperQ.)

We welcome you to share additional recommendations, stories, and personal experiences. To have your fashion questions answered by dapperQ in a future post, leave them on Formspring!