Howdy everybody! There’s been so much going on lately in the world of comics that I decided this week I’d do a roundup of it all! There’s news from the Big Two, including a new MCU movie, a gay X-Man and DC finally deciding to pay some attention to their girl customers! There are also a lot of cool-looking new projects announced by indie-comics makers, and of course, we can’t forget Free Comic Book Day! 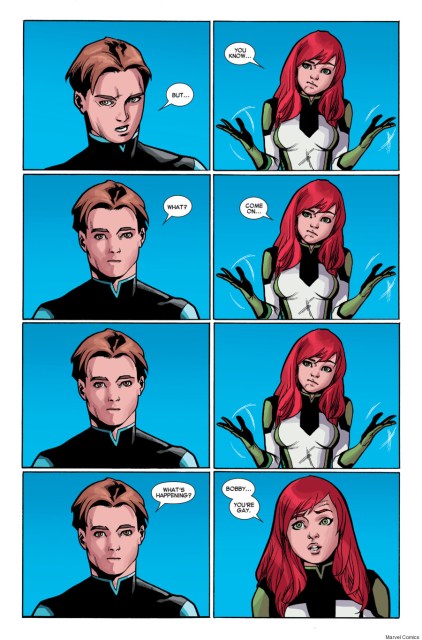 First the big stuff. Over at Marvel some big things have been happening. First of all, let’s talk about Iceman, aka Bobby Drake. If you haven’t heard, in the most recent issue of All New X-Men (Issue #40), this original X-Man, one of the most prominent mutants in all of comics comes out as gay. Or sort of; he comes out after Jean Grey uses her psychic powers (and her powers of observation) to tell him that he’s gay, thereby essentially outing him. And that’s the simple part. Now for the complicated stuff. In this series, and the current Marvel Universe, the original team of teenage X-Men has become displaced in time and is living in the current day alongside the adult versions of themselves. Now, this adult version of Iceman is not gay, or at least he isn’t out or doesn’t identify as gay. Marvel says this will be dealt with though.

When the panels of Bobby’s big moment leaked online a lot of people weren’t very happy. First of all, it’s kind of weird and invasive for a psychic to use her powers to read someone’s mind and tell them they’re gay. It’s also kind of weird and maybe biphobic when Bobby is wondering why his adult version doesn’t seem to be gay and he suggests that maybe he’s bi, only to have Jean tell him “They say everybody is,” and then “But I think you’re more… full gay.” But still, even though this coming out wasn’t perfect, it’s still a pretty big freaking deal. Iceman is one of the original X-Men. He’s been in nearly all the X-Men movies and cartoons. He’s famous, probably the most famous LGBTQ character in comics other than Catwoman. I definitely think that this is another good move in Marvel’s recent efforts at reaching and representing more customers. 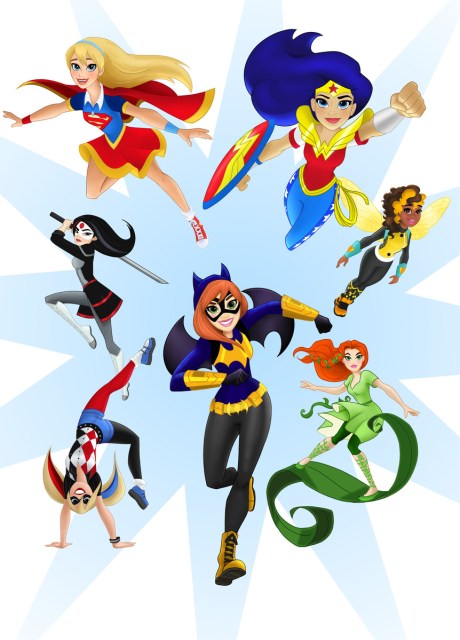 DC also made what seems like a real effort to reach out to a demographic that usually doesn’t get much love in the comics business — girls. They announced their new marketing campaign, “DC Super Hero Girls.” DC has been kind of notorious recently for ignoring women, and especially girls, so this is a very welcome change. “DC Super Hero Girls” is going to feature apparel, action figures and other toys and even some animated shows. In a press statement, DC said, “Developed for girls aged 6-12, DC Super Hero Girls centers on the female Super Heroes and Super-Villains of the DC Comics universe during their formative years — prior to discovering their full super power potential. Featuring a completely new artistic style and aesthetic, DC Comics’ icons such as Wonder Woman, Supergirl, Batgirl, Harley Quinn, Bumble Bee, Poison Ivy, Katana and many more make their unprecedented teenaged introduction.” It goes on to say that we’ll see digital content and publishing this fall and then “TV specials, made-for-videos, toys, apparel, books and other product categories will begin to rollout in 2016.”

I’m incredibly excited that DC is finally realizing that they should be marketing to girls, a lesson that comics like Lumberjanes (and to be honest, a bunch of other Boom! Studios comics), Ms. Marvel and Batgirl have been teaching for a while now. This series is probably going to create a whole new generation of female comic book fans, and I can’t wait to see them at the comic book shop. 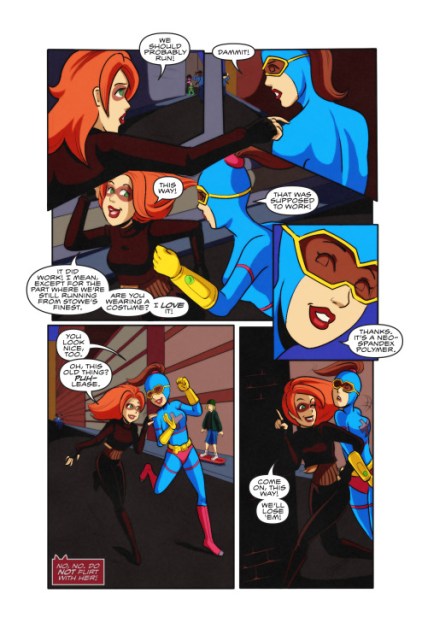 When it comes to indie comics, the first one that I’ll talk about is Sean Ian Mills, Kristi McDowell and artist Gemma Moody‘s Gamer Girl & Vixen. This comic focuses on a young cat-burglar who finds the strength to come out while entering the world of supervillainy alongside an openly queer superhero. Gamer Girl & Vixen is slated to launch a kickstarter campaign on May 16th, so be looking out for that and make sure to check out more information on this delightful-looking queer lady comic! 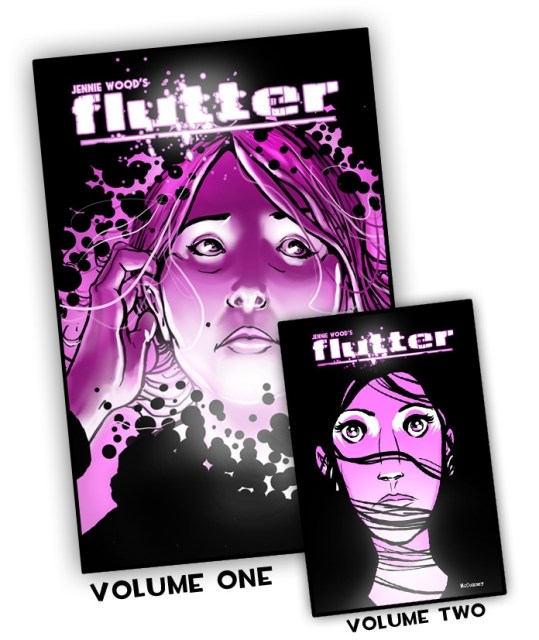 Another kickstarter for an indie comic that you should be paying attention to is the currently ongoing campaign for Flutter, Vol. 2 by Jennie Wood and Jeff McComsey. This series is about a girl with shape-shifting powers who decides to shift into a boy so that she can get her dream girl, only to find out that her plan has a bunch of bumps in it and pretended to be someone she’s not isn’t the best plan. You can find out more about the series and check out the awesome rewards you can get by supporting this queer comic book by checking out the kickstarter page. 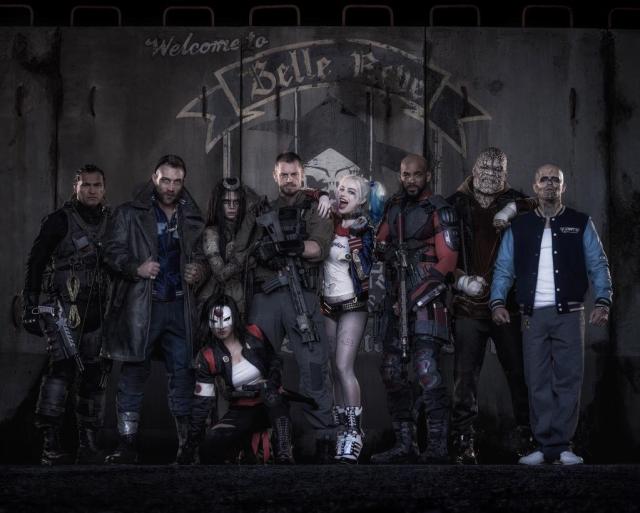 We also got to see the first image of most of the team from the upcoming DC Comics Suicide Squad movie. We’ve already seen Jared Leto’s Joker (and boy, was I not a fan of that), although now they’re saying that’s not the final version, and we’ve yet to see supreme badass Amanda Waller. The good thing is, this is a pretty dang diverse team, featuring three women and five people of color on a team of nine people, and only two are white men, so, yay! Also, Katana looks really, really cool. While I’m not so excited about that Harley Quinn costume, I think Margot Robbie was a perfect casting choice for the role, and I don’t really know how Harley’s classic look would translate into a movie like this. We also see Enchantress, as played by Gothip Girl regular Cara Delevingne, but she’s mostly behind other people. It looks like they’re going with maybe a sort of dark bog witch thing? Hopefully this movie will be fun. 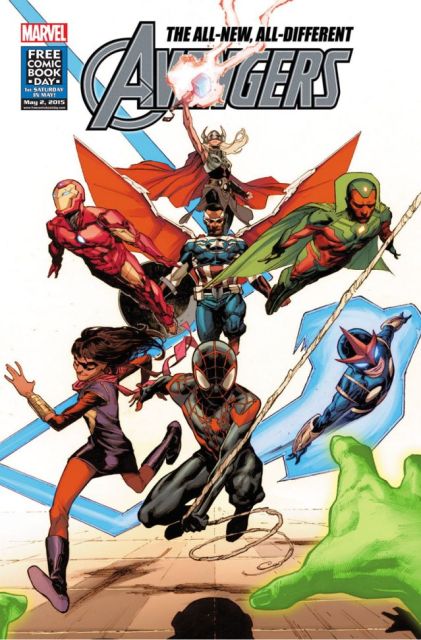 Why couldn’t this be the the Avengers team in the movie?

This past Saturday was Free Comic Book Day! If you’ve never heard of this amazing holiday, it’s a day when all of our favorite comics publishers release special free issues to encourage people to go into libraries and comic shops around the country and hopefully attract some new readers. I picked up Divergence from DC Comics, All New All Different Avengers from Marvel and the Boom! Studios sampler. I also picked up that fake newspaper Marvel put out to help explain what’s going to happen in their upcoming Secret Wars crossover event. I only read titles from DC that star women, so I was pretty shocked by what I saw in Divergence. We saw a change in Lois Lane and Clark Kent’s relationship, we saw a new person take over the role of Batman and we saw the birth of a new Big Bad. Over at Marvel, we got to see a wonderfully diverse Avengers team featuring everyone’s favorite teenage superhero from New Jersey and we saw the return of Tong, a trans girl Moloid from the Future Foundation.

There were a few other books I would’ve loved to find. There was an Avatar: The Last Airbender comic with Toph and Ty Lee on the cover that also features a Bandette story inside, a fun-looking Cleopatra in Space comic, a Bob’s Burgers comic made by the people who work on the show, the first Secret Wars comic from Marvel which also features an Attack on Titan/Avengers crossover story and while I couldn’t find the Jillian Tamaki/Kate Beaton comic featuring SuperMutant Magic Academy (which, in case you missed Drawn to Comics last week, is my favorite book of the year), my brother picked me up a copy in Chicago. What books did all of you get and what books were you looking for?

Finally, let’s talk about the Hulk in the room: Avengers: Age of Ultron came out in theaters! What did you guys think? We finally got a second female superhero! Black Widow and Maria Hill got some pretty cool scenes! I had fun! On the other hand, we spent far too much time watching White Men do things and I wasn’t really a huge fan of The Vision (but that might be my anti-robot bias shining through). Seriously, though, in that one scene where they were all out of costume and there was a commotion going on (bad description because I don’t want to spoil it), I honestly got confused as to whether I was looking at Captain America, Iron Man, or Hawkeye. Personally, I had some pretty mixed feelings about it and really didn’t like some parts, but I don’t want to be a Negative Namor, so I’m just going to leave it at this: I really, really liked that closing scene.