My good and lovely friend Grace recently said to me about comics, “They’re so massive and so different from other types of literature, just visually even alone. It’s like this whole new world and, like, WHERE DO YOU START AND AREN’T ALL COMICS JUST ABOUT BATMAN?” I’ve got some good news for Grace and good news for you: not all comics are about Batman! Some are even about women! And people of color! And queer people! And queer women of color! And disabled people and mentally ill people (who aren’t villains)!

Comics can be great for everyone, even if you’ve never read a comic before or think that you’d have no interest in them. The beauty of comics is that if you have other interests, you’ll be able to find a comic that you’ll love. Here are a few that I think are great for people who love other types of media, but haven’t taken the leap into comics yet. 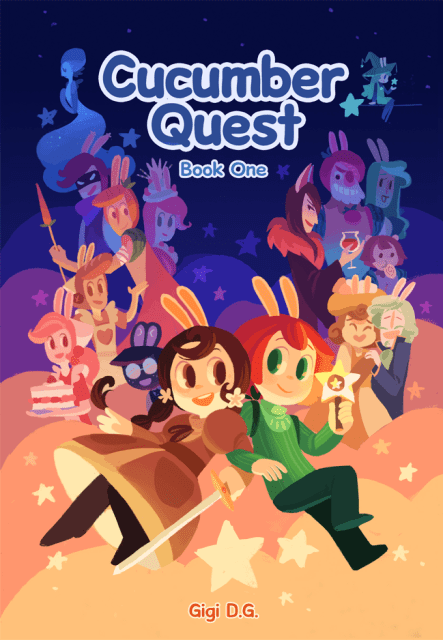 This is easily the best all-ages webcomic on the entire internet. Gigi D.G. is one of the best artists I’ve ever seen and the way she creates a world and the wonderful characters that live in it is just amazing. If you like video games like Super Mario Bros., Final Fantasy or anything fun where people go on a quest, you’ll love this comic. If you love fairy tales, or cute things, or furries, you’ll love this comic. It’s about a young rabbit and his sister who must go on a quest through a colorful world to stop the evil bad guy. Sounds cool, right? Plus, it has trans and queer characters! 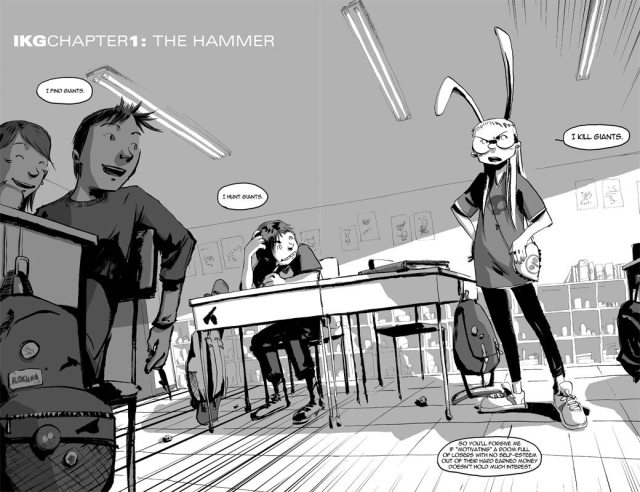 2. I Kill Giants by Joe Kelly and J.M. Ken Nimura

This one isn’t exactly a “happy comic” but it’s amazing. The art and writing are supreme, and the characterization of the main girl is perfect. I can’t praise this book enough. It shows a young girl dealing with trauma and being a weird kid at school. Once again, this comic has art that’s unforgettable. It’s some of the best you’ll ever find in a comic book. If you like epic fantasy or anime and cartoons like FLCL, or just if you’re looking for a comic that will make you cry (guaranteed), this is it. 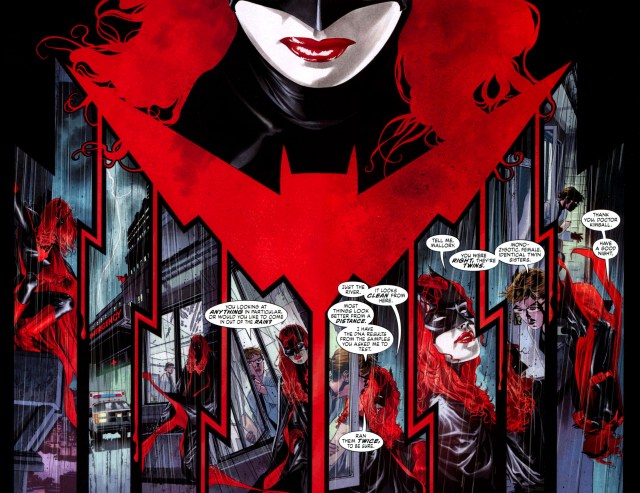 This is one of the greatest queer comics of all time. It gives a great introduction to the iconic lesbian, Jewish, goth superhero, Batwoman and it has simply stunningly beautiful paintings done by Williams III. If you like goth music or horror movies or lesbians, you’ll fall for this comic. Probably also if you shopped a lot at hot topic as a teen you’ll like it. 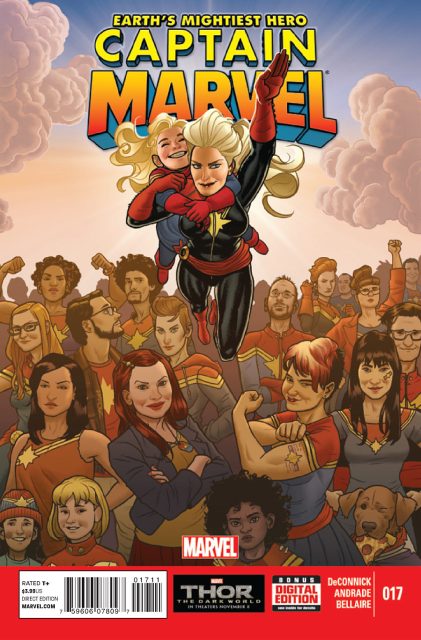 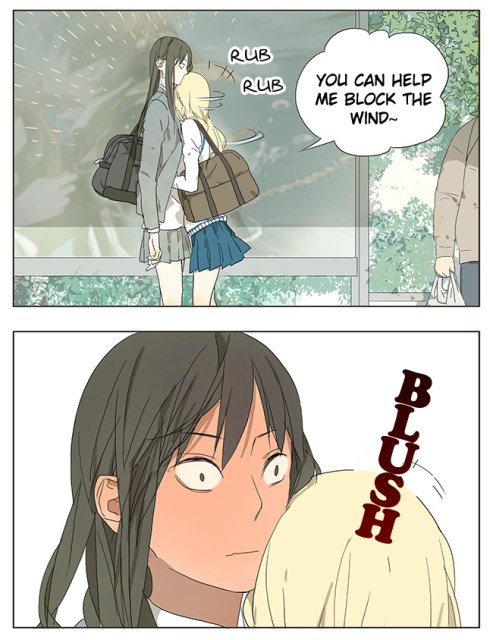 I’m in love with this comic. It has easily the cutest page of any comic I’ve ever seen. You can read translations of it online, but I’d also suggest buying it on Amazon so that you support the creator. This is a classic story about two high school girls who fall in love and act like teenagers. Fans of Buffy, Glee, Faking It or any other show with queer teens will fall in love with this comic. And hey, if you’re a fan of Glee or Faking It but constantly felt let down by those series, this one won’t do that. It’s just great. 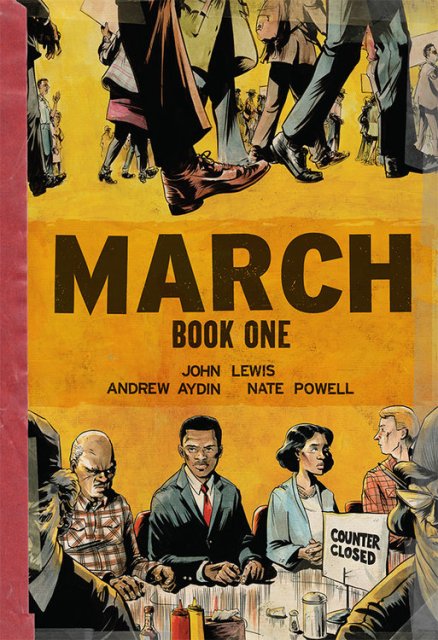 This comic is so unfortunately timely right now, it’s ridiculous. Chronicling the story of Congressman John Lewis and the American Civil Rights movement that he helped lead. This first book in a trilogy focuses on Lewis’ early life, his meeting with Martin Luther King, Jr. and a battle against school segregation. After you check out this one, you should definitely check out the next two books. If you like movies like Selma and Hidden Figures or you care about history or civil rights, you’ll like this book. 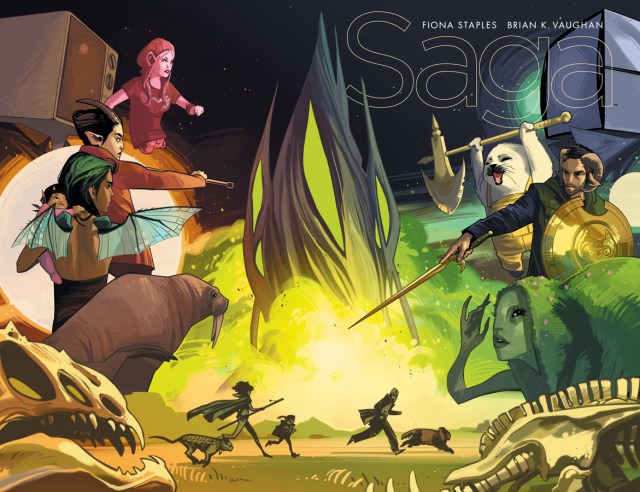 If you watch woodworking videos all day, I have nothing for you, but if you’re the kind of person who loves Star Wars, you would probably fall in love with Saga. It’s an epic space opera involving a hugely diverse cast of characters with beautiful painted art that is some of the most jaw-droppingly beautiful you’ll ever see. This comic is perfect for science fiction fans, fantasy fans, war movie fans, romance fans and fans of beautiful colors. 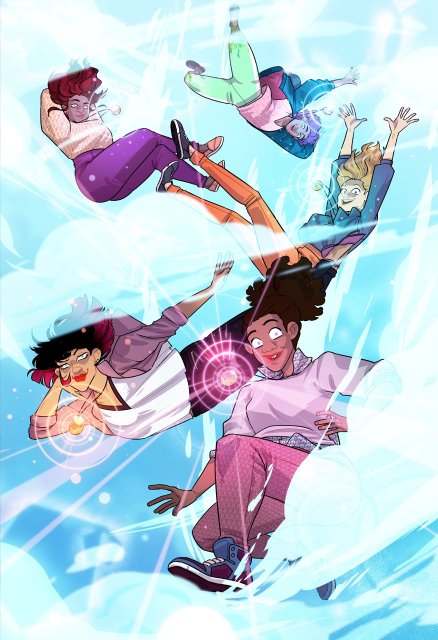 8. Agents of the Realm by Mildred Louis

I’m in love with this webcomic about a group of college girls who become superheroes and have to save the world and figure out friendships, dating and getting good grades. Fans of Sailor Moon, Archie Comics, and college comedies will like this comic, especially if you wish all those things had more queer characters and more people of color (I mean, other than Sailor Moon which obviously has an all-poc cast). It’s funny, it’s sweet, it’s action packed, it’s exciting and the characters are great and have really spot-on personalities and dialogue. These girls are some of my favorite characters in all of fiction. Go meet them right now.

Odyssey of the Amazons #1