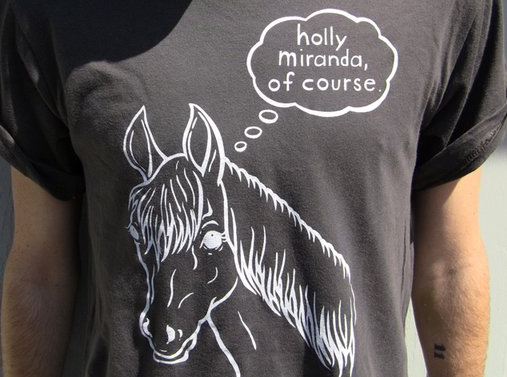 Over the weekend Holly Miranda released “Pelican Rapids” (poolhouse mix), which was produced by Luther Russell and recorded in an LA poolhouse. It’s relevant to my interests, probably yours too.

On the few occasions I’ve seen “Pelican Rapids” performed live, Holly’s introduced it as being about love and equality, about how it’d be neat if we could marry who we wanted to marry. Check it below, I think you’ll pick up what she’s putting down.