Today, on her birthday, Dominique Provost-Chalkley came out as a queer woman. She wrote a lovely post on her website, Start the Wave, joining her castmate Kat Barrell in the queer fold. Dominique talks about how she’s always had an inclination she might be into more than just boys, but how society and fear kept her from facing that truth. She goes on to say that things changed once she got her beloved role on Wynonna Earp.

She says, “[Showrunner] Emily Andras took a chance on me and cast me as the beautifully positive bisexual representation that is Miss Waverly Earp. Through this incredible, enlightening journey of playing a queer character and meeting the fans that are drawn to her, I guess I’ve reevaluated how I am to face this part of me.” 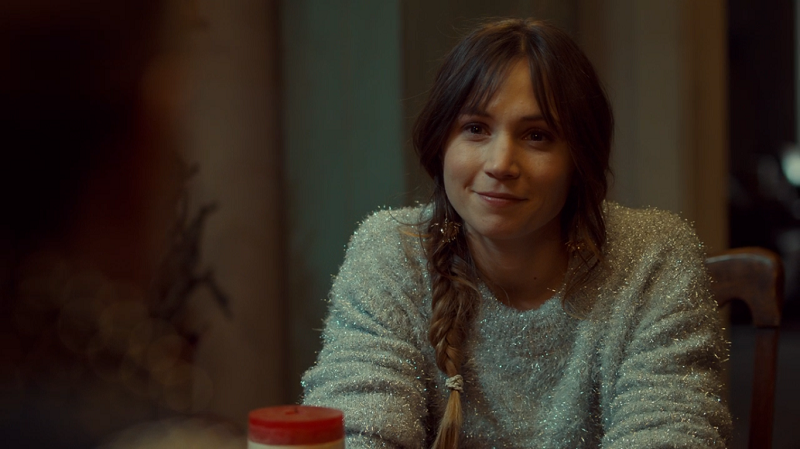 I’m glad Waverly helped her as much as she’s helped so many of us.

Sometimes TV Editor Heather Hogan and I joke that we’re going to do the math on the percent of people who have played queer and then later came out as queer themselves, because it seems to be a trend we’ve seen, and loved, over the years.

But the truth is, I don’t think it’s a coincidence. I think in this heteronormative world, sometimes being cast as someone who is queer can often be the first chance a person has to face the possibility that they might be queer in a way that feels somewhat safe. I think often they get to play through what it’s like to be queer in a way I think a lot of us wished we could “try it out” with no consequences before we came out, but also it thrusts them into queer communities and often exposes them to more and more queer people and more and more queer stories and it’s a great way for them to see that there’s no one way to be not-straight and there’s no right story.

Barring any kind of unsafe situation, there’s no “bad time” to come out. You can be young or old, married or single; your truth is your truth, and however long it takes you to find it, that’s your story, and it’s valid.

And Dominique confirms this in her coming out post. She says playing Waverly and meeting the queer fans of Wynonna Earp (and possibly also helped by her queer roles in the Carmilla Movie and the Tello film Season of Love) made her feel like she could try to be brave and live her authentic truth.

She ended with the hashtag #OutIsTheNewIn, and also her official coming out, in her own words:

I am queer.
I am into ALL humans.
I guess maybe I am just really into love?
Who knows?
But finally…
I am OUT.