I first met Barbara, age 66, at a poetry reading in Akron. That night, she told the audience that she was so grateful to have found a sense of community there since she and her wife have often struggled with finding community. While I assumed this was because they were a trans lesbian couple — Barbara is trans and her wife is cis — I would soon learn that there was so much more to her story. Eager to find out more, we arranged a meeting.

I got to her beautiful home on a Sunday. It seemed like the home of a couple that has been together for 38 years; it was well-decorated and littered with photos of the two of them and their friends. Barbara and her wife, Marilyn, made me some peppermint tea. Marilyn handed Barbara a mug. She placed it under the Keurig, and then Marilyn added the tea bag. They moved together effortlessly, and had perfected their system.Then Marilyn left us alone to chat on the couch in their living room.

Barbara came out as a trans woman at the age of 63 through an article in the Akron Beacon Journal. She started cross-dressing in her teens, but never thought of it as related to her identity until she started seeing a therapist in her ’60s. For her, cross-dressing started out as a sexual thing. Once it stopped feeling overtly sexual to cross-dress, she realized how fundamental to her identity it really was. 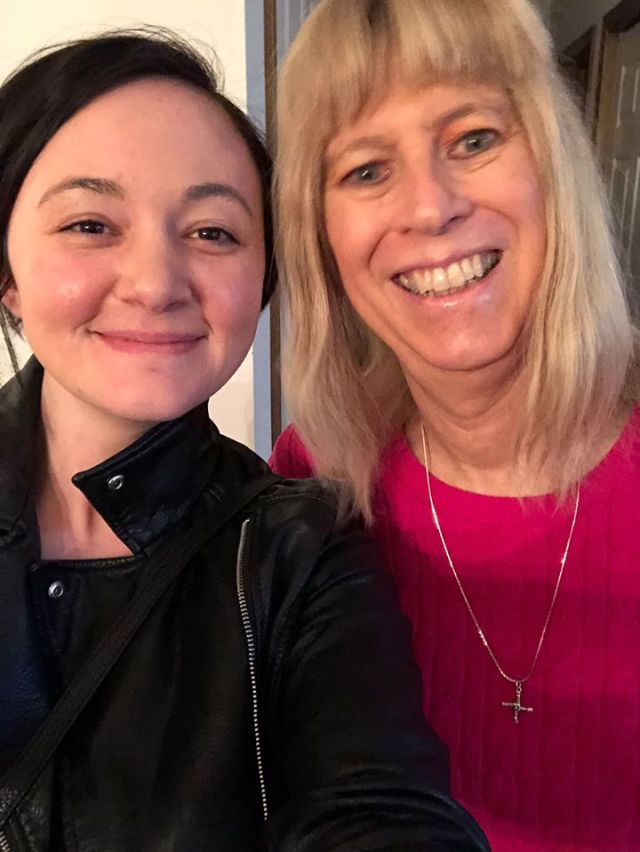 I addressed how so many relationships don’t survive transitions, and that it seemed to be such a testament to their connection and marriage that they were still so close. “Do you think bringing her in right away and having her be a part of your transition, and going to Girl’s Night Out helped?”

“It was a process,” Barbara admitted. They made a YouTube video to share their story. Barbara said it was difficult in the beginning, when she was not living as a woman full-time and was sometimes wearing men’s clothes, sometimes women’s clothes. However, the experience brought them closer to each other and they ultimately remarried as wives. Both Barbara and Marilyn now identify as lesbians.

We continued talking about her relationship with Marilyn. She said they had to figure out, “how to relate to each other sexually.” 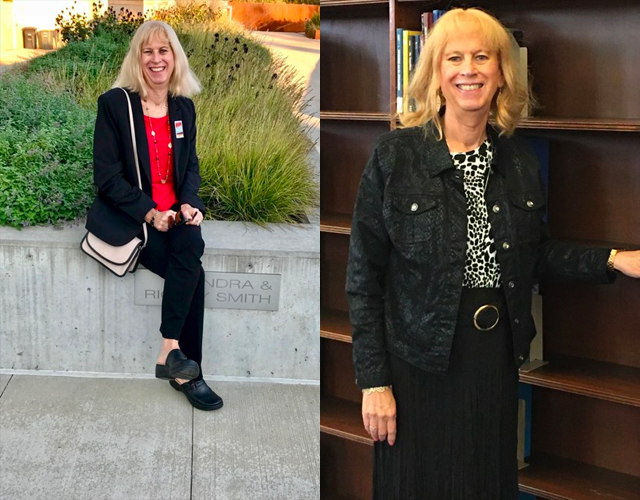 She said they’ve been reading a book called How to Fuck a Trans Woman. I asked if it was “fetishy,” because I didn’t realize immediately that it was written by a trans woman. She was talking about Fucking Trans Women by Mira Bellwether

“Yeah I like wanna talk about that,” I laughed. She’d alluded to this earlier, and I really wanted to dig in.

Barbara got me another tea and we continued chatting.

From the talks I’ve had with older LGBTQ+ people, there seems to be controversy around people waiting until they’re older to come out.

While coming out at 63 may look different from coming out at 15 like I did, it doesn’t need to be seen as lesser than. We discussed how Barbara’s work as an attorney was so important to her, and that coming out publicly could have jeopardized her career. Her decision to have her career be what she wanted it to be makes perfect sense. We can only hope that over time people won’t feel a need to choose between having a meaningful career and living authentically.

To close, I asked Barbara what advice she had for younger trans women.

“I have a little bit of concern about these young people saying they’re trans at an early age. At the same time, I would say if you really feel that and feel that’s authentically who you are then go for it. Transitioning later in life like I did… there’s a lot of regrets. I think, ‘Could I have been as happy, and having the fun and joy in my life that I have now back then?’ Just be sure, and then move forward in a way that allows you to be yourself and allows you to live authentically. Don’t hold back. Be who you are. And don’t be afraid to embrace who you are and say who you are. It took me a long long time to learn that lesson, so don’t make the mistake that I made.” She laughed.