The U.S. Supreme Court must have noticed those passive-aggressive love notes and ring hints we’ve been leaving all over the house, because it looks like SCOTUS is ready to take up marriage again. 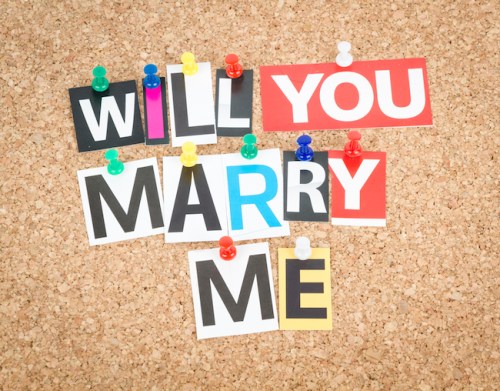 I am trying to drop a hint here, SCOTUS. (via Shutterstock)

What happens now? The Supreme Court could choose to hear any number of the cases, all of the cases, none, or to delay the decision. They could add more cases to the agenda, too, since state marriage ban challenges are gaining traction all over the country.

This past week, the 9th Circuit heard oral arguments in cases from Idaho and Nevada. The 6th Circuit is expected to rule on cases from Ohio, Michigan, Kentucky, and Tennessee. Cases in Texas and Florida are currently at the appellate court level.

If the Supreme Court takes up the state marriage ban issue, as they are expected to, it’s likely they will finally rule on the constitutionality of state marriage bans. We could finally have an answer to the big question: Will states have to allow and recognize legal same-sex marriage? We may have a decision as early as June 2015.