When my great uncle called me mija for the first time after I came out as trans. When my friend El asked if I had a quinceañera. When I saw myself in the mirror after being on hormones and I finally recognized my face as my own. When my friends threw me a quince last year. The first time someone told me I looked exactly like my mother. When I saw Coco. Until these moments I never knew that certain parts of me could be seen, even by myself. As I sat in the movie theater with my mother watching Coco I could feel every Mexican cell in my body light up. This movie isn’t just one of the most visually stunning things I’ve ever seen, it doesn’t just have fantastic writing that will make you laugh and cry and reach for your heart, and it doesn’t just feature some amazing Mexican-style songs that will surely be added to list of Disney classics — it’s also the first time some of these parts of Mexican culture have been highlighted and celebrated in an American movie of this size. It’s one of the best movies I’ve ever seen and it’s the biggest, clearest mirror I’ve ever looked into.

Coco has some similarities to the earlier film Book of Life. Both are about a person who wants to become a musician despite their family’s protests and goes on an adventure to the land of the dead where they make new connections with their family. In Coco, a young boy named Miguel (played by young actor Anthony Gonzalez) comes from a family that has forbidden all music because the matriarch’s husband left her to pursue his musical career. Miguel, however, has a passion for music — and for the “greatest musician in the world,” Ernesto de la Cruz — and this leads him to fight with his family and run off to the cemetery to find Ernesto de la Cruz’s guitar. When he discovers it and strums the strings on Día de los Muertos, he finds himself transformed into a spirit, and his ancestors take him to the land of the dead to try to get him back into his living form. 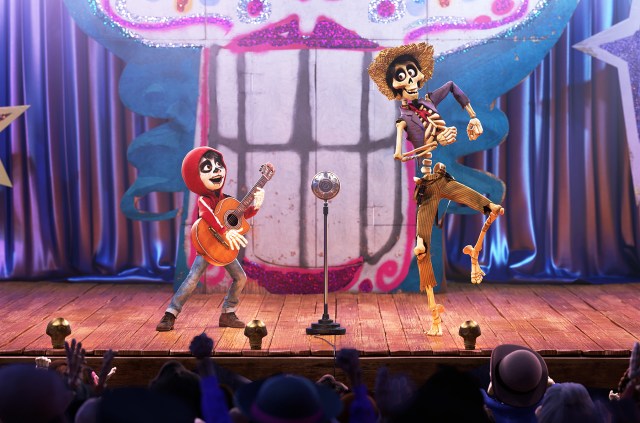 Mexicans love a clown, and that’s where Gael García Bernal as Héctor comes in. He acts as Miguel’s guide, and a local trickster and roguish clown who’s quick to put on a disguise or try to sweet talk himself in and out of trouble. As Héctor and Miguel travel through the land of the dead on a quest to meet de la Cruz, they bond over music and Héctor helps to teach Miguel about the importance of family and remembering where you came from. In Mexican culture, Día de los Muertos exists as a day when your dead ancestors can visit the land of the living and you can honor their memory and in that way keep them alive. When no one remembers them, they disappear forever. This is one of the driving forces in Coco and it’s something that’s such a huge part of my Mexican identity that the movie grabbed onto my heart in the opening minutes and never let go.

There’s nothing more important than family. This is something I’ve believed since I was young. This is something I’m reminded of every time I eat papas y chorizo and tamales on Christmas morning or I go to a family reunion with dozens and dozens of cousins or I look at the ofrenda set up in my grandma’s house for Día de los Muertos. Family is a huge part of many cultures, but the specific way Mexicans and Mexican-Americans connect with family and remember family is beautifully shown, and not only that, but celebrated, in this movie. It’s not about the younger generation realizing that the things his family holds dear don’t apply to him and they must accept that he’s throwing out his family’s traditions. It’s about that younger generation learning more about his family and the older generations learning more as well and all of them coming together to celebrate what makes the family a family and what makes each member unique and part of the whole. 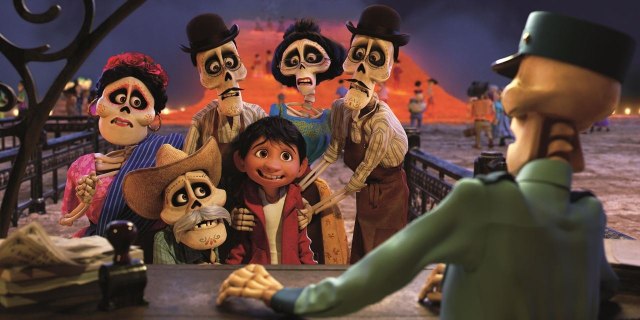 The gritas and chorizo and chancla and alebrije and the abuelita insisting Miguel eat a few more tamales and the elotes and the “no manches” made me feel like I was on screen with my friends and family. There were references to Mexican culture and celebrities like Frida Kahlo, singer Pedro Infante and legendary luchador El Santo. Everyone in the film is Mexican. Everything in the film is Mexican. Everyone and everything is me. Is this what it feels like to be seen? Is what it feels like to finally see yourself on the big screen? It’s so rare that we see a mainstream American film that celebrates a non-white culture in this way. I’ve gotten so used to seeing white protagonists, and if there is a Latinx hero, seeing white people populate their world. This time I was fully immersed in my culture and it felt so comfortable. It’s like I had been sleeping in a bed my whole life but had never used a blanket and this was the first time someone tucked me in.

Coco reflected parts of me that were so hidden and personal that my heart recognized them long before my head did. Several times I found myself sobbing without knowing exactly why only to realize why the scene had hit me so hard a few minutes later. There was this moment when one of the characters starts singing the song “La Llorona” and I fell apart and never recovered. My name is Melínda Chavela Valdivia Rude. Chavela comes from Chavela Vargas, a lesbian singer from Costa Rica and Mexico who sang the most famous version of the song. My song was being sung. My name is Melínda Chavela Valdivia Rude. I chose Valdivia so my family, my grandfather, my tias and ancestors would never be forgotten. It is my name because it was theirs, and now it is mine. Watching Coco with my mother in a movie theater in Los Angeles with scores of other Mexicans I finally saw that message reflected back at me from a screen.