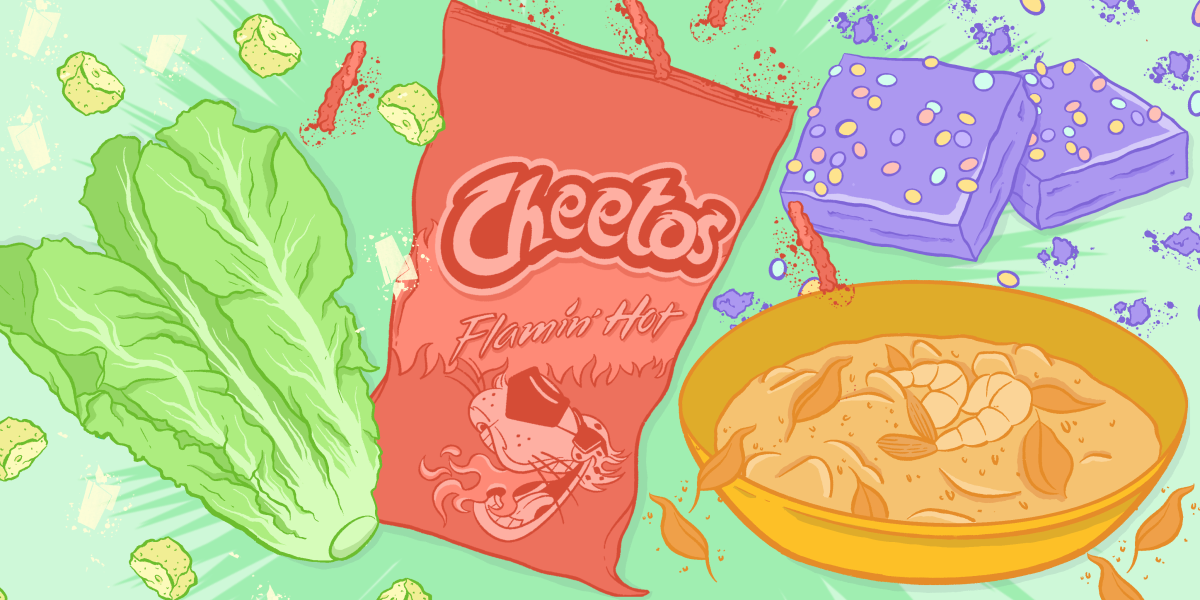 I’m hungry to throw a dinner party. I taught myself to arrange flowers during the past year. I perfected my mashed potato recipe, my fried green tomato recipe, my pakora batter, my spicy margarita. Okay, sure, I’m still working on the handmade pasta and the soufflé cheesecake. But I have an arsenal of taper candles for mood lighting and a pitcher for serving ice water with sliced lemons. Last Christmas, my girlfriend got me the sharpest knife I’ve ever owned and a set of cocottes that are perfect for serving a starter soup or individual desserts. I have the space. I have the overwhelming desire to wear an apron. To curry fish and scurry between my narrow kitchen, the balcony, the round table. To pour wine and fling a wooden spoon around and chop garlic for a million years, all while talking to friends, listening to music, pointing out the Miami sky beyond the balcony for people to take pictures of that won’t quite do it justice. I’m equal parts elated and exhausted just thinking about it.

What I’m saying is I’m very fucking ready to throw a dinner party.

It’s coming, I know. I’ll meet more people in Miami. It’ll be safer for friends to travel in. It’ll be safer in general. I can wait a little longer to throw my big, perfect, messy, queer-as-hell dinner party. I want to do it right.

For now, there’s this. DINNER PARTY—a series of micro essays on food. It’s the first “dinner party” I’ve thrown in a very long time. I asked four writers I admire deeply to write bite-sized pieces about a dish of their choosing. I told them to aim for around 500ish words, but outside of that, they were free to improvise on the recipe, so to speak. The best dinner parties to me are the ones with a little bit of improvisation and “rule-breaking.” I like mismatched dinnerware and an array of seating that might even include pillows thrown on a floor. I never try to hide my messy kitchen. I told these writers I wasn’t feeling precious or particular about “food writing” or even “essay”—they were free to write whatever they liked.

A little bit of queer magic happened. Unbeknownst to each other, my dinner party co-hosts turned in four micro pieces about four different “courses.” A snack, a salad, a main, and a dessert. Together, these four pieces touch each other in surprising ways. Together, they make a perfect meal. Honestly, I shouldn’t have been surprised at how well it worked out—queer folks know how to potluck.

Today, you’ll enter the dinner party. I love this part. The arrival. The small talk as people gather, coats shorn, the first drinks poured. Listen, I don’t believe in a lot of “rules” when it comes to dinner parties, but here’s an important one: Serve your guests arrival snacks—a cheese plate, finger foods, hell open up a bag of tortilla chips and jarred salsa, it doesn’t matter. Just give people something to nibble on during that small talk, something to do with their hands. This particular dinner party starts with hands and with gloriously red hot cheetos, courtesy of K-Ming Chang. Go ahead, plunge your hands on in and lick the powder off.

Now that you’ve had your appetite whetted by some spicy, puffy snacks, it’s time for more. Settle in, choose a seat, get a refill, maybe talk to someone new. Next Tuesday, let T Kira Māhealani Madden serve you a wooden bowl of caesar salad, death, and remembrance. Recipes are about more than just measurements and ingredients.

Here we are in the middle part of the dinner party, when time ceases to really matter, when maybe a glass has been broken, but it’s okay, really, no I’ve got a broom don’t worry about it! A little bit of broken glass just means the party’s alive! The third piece in the series features the next course, a malai curry prepared by Sreshtha Sen. It tastes like memory and family. It tastes like enough.

And now, the dishes have been stacked by the sink, but the drinks and conversations are still flowing. Maybe someone cracked a window to let in more air. Maybe the party has expanded to an outside area. Maybe someone has suggested a game or an impromptu living room dance party. In any case, it’s time for dessert. Leah Johnson made Cosmic Brownies, and they’re sweet, but they’ve got layers to them, too. Look out for this gorgeous final serving—a story about siblings one summer that’ll stick to your guts.

These essays are short, but I hope they’ll fill you up. Welcome to the dinner party!

DINNER PARTY is a four-part weekly series of bite-sized essays edited by Kayla Kumari Upadhyaya. Check out the first installment, Hot Cheetos: A Chorus by K-Ming Chang. Illustrations for the series made by A. Andrews.

Before you go! It takes funding to keep this publication by and for queer women and trans people of all genders running every day. And A+ members keep the majority of our site free for everyone. Still, 99.9% of our readers are not members. A+ membership starts at just $4/month. If you're able to, will you join A+ and keep Autostraddle here and working for everyone?
Join A+
Related:Dinner Party

Kayla has written 299 articles for us.