Gay Star News asks “Is Denmark’s new trans law the best of its kind in the world?” and the short answer is well, no. Not because the new law, which came into effect this week and allows people to change their legal gender without having to fulfill any surgical, psychiatric or medical requirements, isn’t a great step forward for trans rights and self-determination — but because Argentina beat them to the punch two years ago.

Nevertheless, the law is the first of its kind in Europe and could hopefully set a new precedent for the fair and humane treatment of trans people in the region. It turns the individual battle for legal gender recognition from a harrowing, invasive experience of “proving” your identity to skeptical doctors or judges to a straightforward administrative procedure that allows you to receive a new personal identification number and matching personal documents, like passports and driving licenses. While far from being a panacea for anti-trans discrimination, legal recognition goes a long way in facilitating trans citizens’ access to public services and employment. 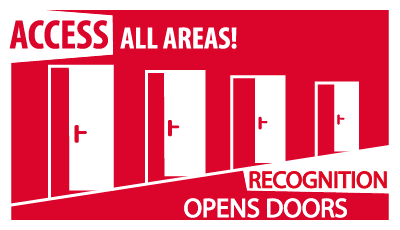 “It will make life easier and more dignified for the individual, for example when you are asked for ID in shops,” said Minister for Economics and the Interior Margrethe Vestager when the law was passed in June. The Danish government added that the move was part of an international trend towards “easing the conditions for legal sex change(s),” possibly referring to a World Health Organisation (WHO) report released earlier this year which condemned the forced sterilisation of trans and intersex people.

Europe doesn’t have a great track record on trans rights: while Sweden was the first country in the world to allow legal gender changes in 1972, sterilisation was mandatory until the law was amended in 2013. Twenty European countries still enforce sterilisation as a legal prerequisite for gender recognition, including Finland and Norway (where only one hospital is authorised to issue psychiatric diagnoses and perform gender confirmation surgery), and many require that trans people divorce their partners or convert their marriages to civil partnerships due to laws governing same-sex relationships. Other countries like Ireland and Belarus lack provisions for trans people altogether. In December 2013, the Netherlands passed a law eliminating hormonal therapy or surgical requirements for legal gender changes, but trans people must still apply for a medical document. 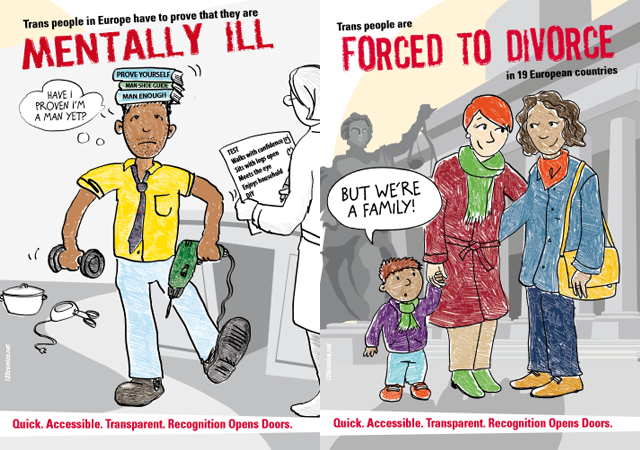 Transgender Europe (TGEU), which runs a Europe-wide campaign advocating legal gender recognition, welcomes Denmark’s latest move. However, some aspects of the law still leave much to be desired.

First, the law requires that applicants wait out a six-month “reflection period,” ostensibly to stop people making “hasty decisions they would later regret.” TGEU argues that this makes it difficult for trans people to change their documents quickly when necessary while also “[perpetuating] misconceptions of trans people as being ‘confused’ about their gender.” Many, if not most, people are secure in their gender identity and should be trusted to know what they want reflected on their personal documents. Yet it’s also true that some people just aren’t sure, get it “wrong” or change their minds later on — but why not codify, instead of condemn, this fluidity in gender laws, allowing people to make changes as they see necessary? After all, there’s still a lot of weight given to genders assigned at birth and the state doesn’t paternalistically tell parents to hold off on that even though it surely counts as a “hasty decision” that some later regret.

Second, legal gender recognition procedures are available only to those over the age of 18, which excludes a particularly vulnerable group of young trans people from education and employment opportunities as well as impeding their self-determination. In contrast, Argentina’s laws have been applied to a girl as young as 6 as the Children, Youth and Family Secretary ruled that children under 14 are capable of giving consent.

Finally, the law still does not recognise non-binary genders or intersex identities, or allow the gender field to be left blank. Australia and New Zealand allow people to mark their passports with “X” instead of “M” or “F,” Pakistan recognises the khawaja sara as having a “third gender” on identity documents, while Germany and New Zealand allow the gender field on birth certificates to be left blank for later self-determination.

TGEU “encourages the Danish government to closely monitor the implementation of the law and to remove all provisions that delay quick access to legal gender recognition.”