If you had asked me three years ago which Marvel movie would be the first to have canon, on-screen queer lady characters, I’m not sure I would have been able to guess it would be Deadpool.

Though, given that Deadpool is the black sheep of the Marvel family with its R rating compared to the others’ PG-13… maybe I should have. Because while I would like to believe the first canon lesbians being in the only R-rated Marvel movie is a coincidence, something tells me it’s not.

I guess now is a good time as ever to let you know that there will be spoilers for Deadpool 1 and 2 ahead. You’ve been warned.

Now, before I go any further, I want to make it clear that when I saw “canon, on-screen” when referring to queer lady characters, I am a) only talking about movies, as there are lesbians in the Netflix Marvel universe, and b) not including characters who were queer in the comics, or were confirmed as part of the LGBTQ+ community by creators or actors after the fact. I like to pass representation through a very specific filter before I assess it. You see, my dad consumes almost as much media as I do, and we talk a lot about a lot, so he’s pretty good about telling me when a lesbian pops up on one of the shows he watches but I don’t, like NCIS. But the thing is, my dad rarely, if ever, reads articles about the shows he watches, and he is definitely not on Twitter. Hell, we have had conversations where he has been like, “Oh when does X show come back?” and I’ve had to break the news that X show was cancelled…two years ago. So when I’m on the fence about the subtlety of representation, I pass it through the Dad-filter. And this Dad-filter works both ways; he once, entirely unprompted, told me that he thought Lena and Kara were into each other on Supergirl. But also, he had no idea Valkyrie was supposed to be bisexual in Thor: Ragnarok. So as much as I appreciate Tessa Thompson speaking out about Valkyrie’s bisexuality after the fact, and despite any interviews that discussed it after its release, as far as my dad is concerned (and therefore, I imagine, plenty of other people), Valkyrie didn’t register as queer at all.

While there’s no kissing or deep conversations between these two characters in this movie, and even though no one makes a big thing of it, there is no doubt that they are dating. Even the most conservative/in-denial person couldn’t deny that these two are girlfriends. No need to fear gal-pal-itis. And what’s more, toward the end, they swooped in to save their dude-buddy instead of the other way around. (Bonus fact! The actress who plays Negasonic Teenage Warhead, Briana Hildebrand, is queer in real life.) 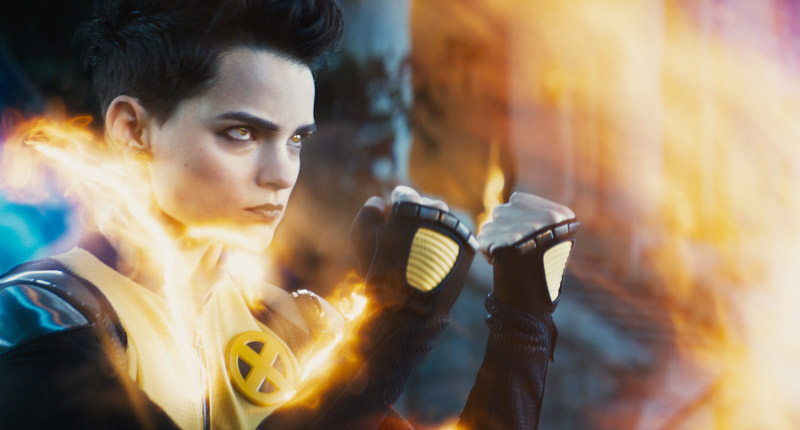 Also this is beside the point but Domino, played by Zazie Beetz, was a fierce, badass female character I am now obsessed with. Though, I’ll admit, this was my first exposure to the character, and I thought it was pretty cool how it looked like this Black woman with vitiligo just naturally had a spot over her eye that was reminiscent of a domino and her mutant ability had to do with luck — or that her mutation caused it. That’s how it always works, right? Wolverine has a wolfish look about him, Storm has ice-white hair. I genuinely didn’t think anything of it until I Googled “Domino” in the interest of reading some of her comics. After the racist bullshit I saw on the matter, I think I’ll stick with the Zazie Beetz version, if you don’t mind. Because despite how many times Deadpool told her “luck” wasn’t a power, she strolled fearlessly into the face of danger and won every time. 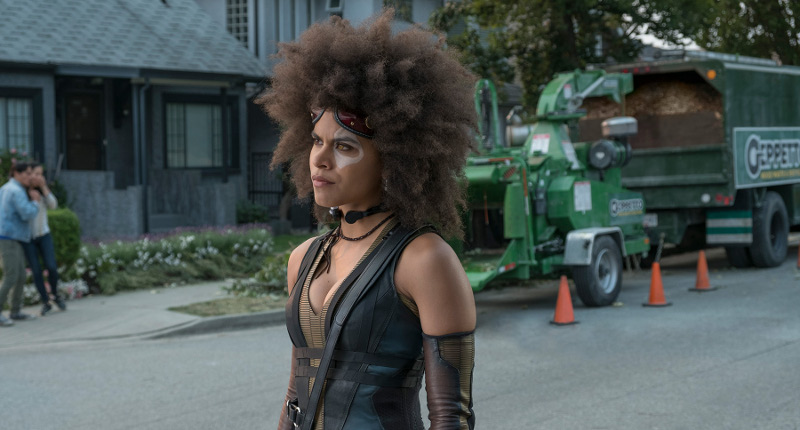 So, while I could have done without the fridging, overall I enjoyed Deadpool 2. For its humor, for its action sequences, for its relentless breaking of the fourth wall, and for giving us real, undeniable queer ladies. I hope other Marvel movies will a) specifically include Negasonic Teenage Warhead and Yukio (and Domino!) and b) make the casual introduction of LGBTQ+ characters a more common occurrence.

One last post-credit scene from me: a cool (spoilery) thing is that Negasonic Teenage Warhead and Yukio were both in the Deadpool 2 post-credit scene, which could mean nothing, but could mean they will show up in movies between now and Deadpool 3. Or, at the very least, Deadpool 3 itself. I think this is a great step for the Marvel Cinematic Universe and I can’t wait to see what’s next.