Hello and welcome to our current events Daily Fix! If you want to go grab another cup of coffee before we start it’s okay, I’ll wait.

Law of the Land

+ Last Thursday, in what is thought to be a “milestone compromise,” Utah Governor Gary Herbert signed into law a bipartisan bill that extends employment and housing discrimination protections to LGBT people. But there’s a huge catch: religious organizations and their business affiliates are exempt. Womp. Womp. HRC digs it and says it’s an “incredible and collaborative victory” while many other LGBT advocates argue the bill sets a precedent for other conservative-leaning states to pass similar legislation that create legal loop-holes for religious institutions to discriminate against LGBT people. 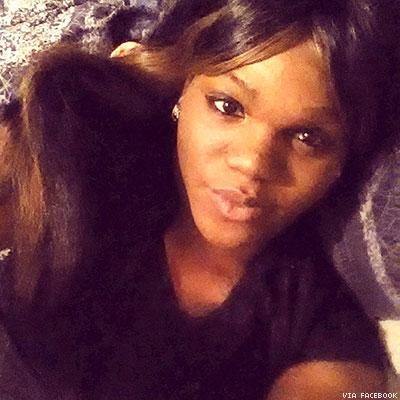 +Mallory Antoine Porter turned himself into police on Tuesday after being a suspect in the murder of 24-year-old black trans woman Gizzy Fowler, who was fatally shot by her car in Nashville.

+ Remember the whole Chick-fil-A debacle in 2012 when CEO Dan Cathy said that redefining marriage was “inviting God’s judgment on our nation” and everyone realized that Chick-fil-A had been donating millions of dollars to conservative organizations fighting same-sex marriage? Well apparently, ever since then, it’s House Republicans’ go-to office food.

“Evidently so: Since Cathy made his controversial comments, House Republicans have spent nearly $13,000 in taxpayer money ordering Chick-fil-A, according to expenditure reports filed through July 2014 (the latest available). That’s the equivalent of 3,900 original chicken sandwiches, and it represents a 37-fold increase over the paltry $345 the House GOP had spent on Chick-fil-A the previous three years.”

+ Here’s a quick little video about the ridiculous (in a I-can’t-believe-you’re-in-charge kinda way) anti-gay marriage laws conservative lawmakers are trying to pass in Texas, Oklahoma and Alabama.

+ Facebook released new community guidelines this week that cracks down on hate speech.

“Facebook removes hate speech, which includes content that directly attacks people based on their race, ethnicity, national origin, religious affiliation, sexual orientation, sex, gender, or gender identity, or serious disabilities or diseases…Organizations and people dedicated to promoting hatred against these protected groups are not allowed a presence on Facebook. As with all of our standards, we rely on our community to report this content to us.”

+ Elton John and LGBT activists are boycotting Dolce & Gabbana after the two designers expressed their opposition to gay couples having children in a magazine interview. The two men were in a relationship for 23 years before splitting up and said in the past they would never get married because it was against their traditional, Catholic upbringing and beliefs.

+ A lesbian couple’s farewell kiss at Paris’s Gare du Nord was interrupted when a train guard, a Thalys International’s employee, yelled at them to stop and told them their kissing couldn’t be tolerated. Thalys International has featured same-sex couples in their advertising in the past so the women called for LGBT activists to hold the company accountable.

+ Denise L. Eger is the “first openly gay president of the Central Conference of American Rabbis, the rabbinical arm of Reform Judaism.” She’s worked in synagogues since she was 12, about the same age she realized she was a lesbian.

+ Members of this prominent evangelical church in San Francisco don’t have to be celibate anymore as a precondition to joining. Amen.