Hello banana peels! A shit ton of things happened since the last time we met each other on the internet, so let’s get down to business! 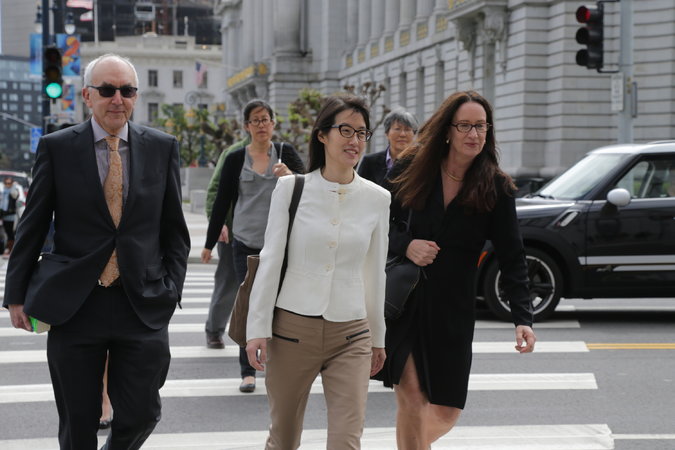 by Jim Wilson via The New York Times

As Rachel discussed in the last Daily News Fix, Pao claims the firm didn’t promote her because of her gender, and that the firm retaliated against her when she complained about the discrimination and eventually fired her because of the complaints. The jury had a difficult time coming to a verdict. They were split until evidence showed Pao’s performance reviews deteriorated over time.

Pao’s loss isn’t all for naught. Her highly public 2012 lawsuit sparked debate and conversation surrounding sexism in tech and business and gender bias in these male-dominated workplaces that keep women out of the industry and their top positions. Many discrimination and harassment lawsuits have been filed against Silicon Valley companies following Pao’s lawsuit including Facebook and Twitter.

I just want to direct your attention to the New York Time’s coverage of this case’s verdict for a moment now. Some of their word choice and what they choose to report on are examples of the gender bias you’ll find in media. It’s all coming full circle now! I was a journalism major in college and one of the required courses was to take Women in the Media, which focused on women journalists and the gender bias found in news coverage and how to change it. At one point in the class, we had to analyze articles and see which words journalists use to talk about women, which quotes they choose to use in their story and how they described women in their articles. Anyways, this NYT article is a prime example of the subtly sexist and outright biased ways women are portrayed in the news every single day, mostly written by male journalists. From the get go, this male journalist presents this as a “sweeping victory” for Kleiner Perkins, calling it the case that “mesmerized Silicon Valley with its salacious details,” like wtf? Then there’s this neat-o sentence:

Oh, like this isn’t a bigger problem at all — just a few episodes? Like the root of it all is based on behavior? Like some “boys will be boys” shit? And then, the journalist decides to talk about Pao’s relationships, talking about her husband’s business and then ending with this sentence:

“One of the stranger points brought up in testimony was how Ms. Pao, before she was married, had dated a colleague for six months without ever realizing he was still living with his wife.”

Did we really need to know this point? No.

Hopefully Pao’s lawsuit was just the beginning of women taking action and speaking out against sexism in tech and business with companies taking notes. “If I’ve helped to level the playing field for women and minorities in venture capital, then the battle was worth it,” Pao said in a brief news conference.

+ On the other hand, an anti-gay florist is ordered to pay more than $1000 in fines after violating Washington’s non-discrimination laws when she refused to sell flowers for a same-sex couple’s wedding. 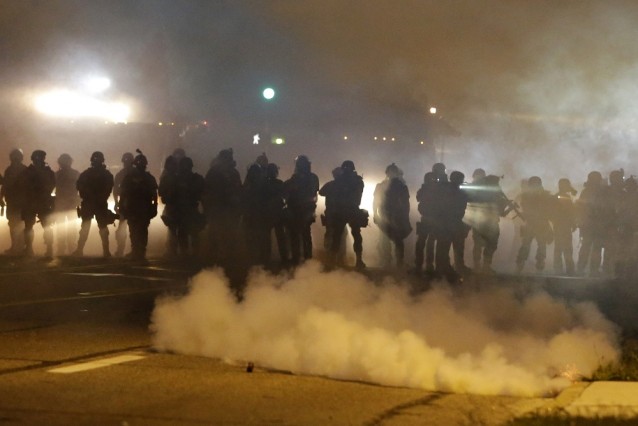 by Jeff Roberson via Think Progress

+ Good news for Ferguson protestors: Police can no longer use tear gas on protestors and peaceful crowds without first giving a warning or in spaces with no exits. I mean, it’s really fucked up that this wasn’t already in practice but it at least it will hopefully help activists and community members who’ve been tirelessly demonstrating in Ferguson for more than six months. The decision comes after a judge temporarily blocked police from using tear gas on crowds without warning in December. St. Louis County and city police departments, as well as the Missouri State Patrol are ordered to comply with the terms and to include the terms in formal policies by August 15.

+ Remember last month when Coast Guard officer Lisa Trubnikova and her wife, Anna Trubnikova, were shot by coworker Adrian Loya? Well, really disturbing details about Loya’s plan have emerged from recently unsealed court documents. On his 31st birthday, Loya wrote a 250-page essay of why Trubnikova deserved to die and traveled to Bourne from Chesapeake, Va to kill his coworker. He stalked Trubnikova and her wife for a few days, videotaping them from a camera taped to a tree outside their home before he finally armed himself with three guns and blasted his way into their home, all while a camera strapped to his chest captured his victims’ final moments.

Pence defended the bill when he spoke to George Stephanopoulos during news show The Week on Sunday. Pence repeatedly skirted Stephanopoulos’ question about whether he thought it was legal to discriminate against gays and lesbians under this law. Instead Pence kept reiterating how the newly introduced law has been “grossly mischaracterized” and “driven by misinformation” fueled by the media. Pence also argues the law is similar to other state laws and even to the federal Religious Freedom Restoration Act federal signed by President Bill Clinton in 1993. However, it’s not true.

“Every other Religious Freedom Restoration Act applies to disputes between a person or entity and a government. Indiana’s is the only law that explicitly applies to disputes between private citizens.* This means it could be used as a cudgel by corporations to justify discrimination against individuals that might otherwise be protected under law….”

On Saturday, about 2,000 people protested the new bill in Indianapolis, while several companies consider pulling their business from the state.

+ It’s hard to keep track of which states have proposed so-called bathroom bills. It’s all monkey see, monkey do with these Republican lawmakers, isn’t it. Nevada is the latest state to introduce a bill that would bar transgender students from accessing the correct bathrooms at school.

+ There’s always these kinds of stories during homecoming and prom season but here you go. A Texas lesbian teen says high school administrators refused to allow her to make a “promposal” to another girl. Promposals are over-the-top, public invitations to prom that usually involve signs and fanfare. Casey Akers planned an elaborate jumping-out-of-a-box promposal but was stopped when school administrators found out she was inviting a girl, saying it wasn’t “appropriate,” even though Akers had the green light from them before they found out who she was asking out. 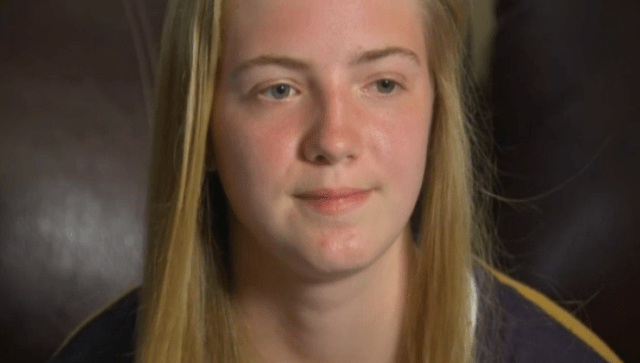 + TSA reached an agreement with the ACLU to stop racially profiling black women’s hair and subjecting them to extra security searches. The agreement comes after two black women with loc styles filed complaints about having their hair searched. One woman reported she was told by an agent that they are instructed to search hair with extensions or “abnormalities.”

“The humiliating experience of countless black women who are routinely targeted for hair pat-downs because their hair is ‘different’ is not only wrong, but also a great misuse of TSA agents’ time and resources,” said Novella Coleman, Staff Attorney with the ACLU of Northern California.