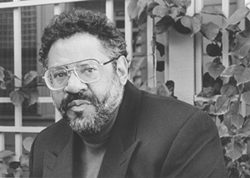 In a 1998 essay posted on The National Housing Institute, Applied Research Center (publisher of ColorLines) founder Gary Delgado began proposing a new vision for the future of community organizing. Delgado had been organizing since 1970, when he began going door-to-door in small black Northeast D.C. neighborhood for the National Welfare Rights Organization. In his essay, he addresses the need to visualize community organizing on a national scale, and posits that “if traditional CO is to become a force for change in the millennium and beyond, it must proactively address issues of race, class, gender, corporate concentration, and the complexities of a transnational economy.”  He describes white privilege apologists for whom “killing multiculturalism is the wet dream of choice,” naming the Grand Wizard of the Idaho Aryan Nation and liberal academics Todd Gitlin and Arthur Schlesinger as a few of the many people who would “like us not to talk about race.” He says the powers-that-be, and subsequently those subjected to that trickle-down attitude, talk around race when they’re talking about issues like welfare reform. He concludes that “we cannot organize a multiracial movement without an explicit racial politic.”

He cites the importance of “bridge people” in leadership positions, using the example of a community organization who got a story about a lesbian mom’s custody battle into a prominent newspaper because the director was a lesbian and knew the mom in question. He goes on:

By bridge people I mean people of color, people with disabilities, some gay and lesbian people, and first-generation immigrants – those who, because they don’t exactly “fit” in this society, have been forced to carve out their own identities and their own unique perch from which they view the world.  The ability of these people to see across and through similarity and difference – to see sideways – and to integrate the knowledge of many cultures can be a valuable asset to developing new multidimensional organizations.

Delgado’s vision — inclusive, progressive, authentic — is reflected in the work he’s done with ACORN, The Center for Third World Organizing and, of course, for The Applied Research Center. The APC was founded thirty years ago as “the racial justice movement’s national home for media, research and activism.” Whereas many mainstream LGBT and feminist organizations seem oddly incapable of acknowledging the diversity of their community and working towards goals that benefit its marginalized members, The APC’s activism and its publication ColorLines has always been intersectional, with an agenda “built around understanding how race compounds and intersects with other societal issues.” 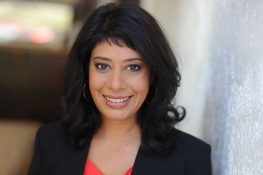 Still, the need to be explicit about race seems more pressing now than ever, with increasingly obnoxious numbers of humans claiming they “don’t see race” (which really means they just don’t want to see racism). In that spirit, ARC’s President and Executive Director Rinku Sen announced this week that the Applied Research Center would be changing their name to Race Forward: The Center for Racial Justice Innovation:

We chose this name because it speaks so clearly to the reason we exist. I love it personally for many reasons. It allows us to put race forward as a legitimate category of analysis and debate in the face of endless pressure to shut up about that already. Putting race forward to acknowledge and address the ways in which communities of color are still marginalized, abandoned and exploited is critical to solving our national problems.

And, whatever positive change is possible, we need to race toward it. Not amble, saunter or duck walk. We need to run, because this project is urgent. Each day that passes represents terrible real-life consequences. Another thousand kids who go to school hungry. Another dozen teens shot by police. Another hundred thousand unable to keep the home their families worked so hard to acquire.

Sen notes that the Center’s original goals upon founding was “to equip community groups with the analytic tools to address race in their work.” While doing this work, however, Sen and her colleagues noticed a disturbing trend erupt into a national philosophy that shuts down racial issues “by pushing colorblindness (conservatives) or universalism (liberals) as the real solutions to the problems faced by communities of color.” Yup — the issue Delgado addressed in the late ’90s remains more relevant than ever. The APC came to feel that in order to best execute their work, the organization needed to step forward and name the “problem that no one is willing to name.” Furthermore, “we have to be explicit about race if we want to solve economic, political and social problems for everybody, rather than just for the people who qualify as “universal” in this country.” 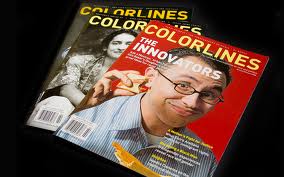 Race Forward has many accomplishments under its belt, including its recent successful campaign to get the term “illegal,” as applied to undocumented immigrants, out of the press, but its media arm, ColorLines, is how many young people came to discover The APC’s work in the first place. Founded in 1998, ColorLines debuted as a print magazine, co-produced by the Center for Third World Organizing, and the magazine went online in 2010. Consistently inclusive, ColorLines has twice been nominated for GLAAD Awards as well as snagging honors from Utne Reader, East Bay Express, New American Media and the Chicago Headline Club.

Bob Wing was the founding editor of ColorLines, which is now directed by Kai Wright. Here’s an interesting thing you might not know about ColorLines: its editorial staff is mostly female. In the same week that the HRC announced it would be expanding its efforts internationally, despite the HRC’s slow evolution on addressing diversity at home, Race Forward’s consistent dedication to the racial, gender and generational diversity of its community stands in stark contrast.

LGBT issues have always been a priority to Race Forward. In 2010, Race Forward launched The Better Together initiative, “a multi-faceted initiative that combines research, media, and leadership development to advance racial justice and LGBT liberation.” In 2012, they collaborated with Southern leaders working the intersection of racial and LGBT justice in their communities, establishing partnerships with like-minded groups such as Southerners on New Ground and producing the briefing paper Better Together in the South.

In addition to groundbreaking journalism on issues like The Missionary Movement to ‘Save’ Black Babies and Voting Rights for Native Americans, ColorLines has consistently addressed LGBT issues in depth, recently working with Bklyn Boihood on Being Masculine of Center While Black (read B’s essay on the topic here), producing video on queering immigration with SONG, interviewing Janet Mock and casting a spotlight on “gender queer fashion.”

Undoubtedly, Race Forward will continue racing forward while serving as an example to all social justice organizations of how to do activism right.