On Monday, New York City Council Speaker Christine Quinn formally announced something political watchdogs have expected for a long time — she’s running for mayor.  If elected, Quinn would be NYC’s first openly gay mayor, as well as its first female mayor.  It would also make The Big Apple the largest city in the world with a gay mayor, making Quinn, in some estimations, “the most powerful gay person in the United States.”  Although campaigning has barely started, all this history-making looks more and more likely.  A Quinnipiac University poll currently has her pulling 37% of the Democratic Primary vote, a number that dovetails nicely with her 65% approval rating and puts her a good 23 points above the rest of the field.

This is, in many ways, just plain old cool. That Quinn is climbing this ladder, one notoriously unfriendly to anyone outside of a very particular mold, is indicative of the same kind of political trend toward demographic diversity that we celebrated in November. The same QU poll showed that over 60% of people are comfortable with the idea of a gay or lesbian mayoral candidate (granted, the people polled were mostly Democratic New Yorkers, but still!). This seems like pure progress to me — especially considering that when Annise Parker, Houston’s mayor and an out lesbian, was running for office just a few years ago, she faced attacks from the get-go. Many mainstream gay rights groups — including the Human Rights Campaign, the Victory Fund, and Empire State Pride Agenda — have endorsed Quinn, both for her political record and because, as the Victory Fund puts it, “her status as an out lesbian means her voice is amplified when she speaks about issues important to the LGBT community.” 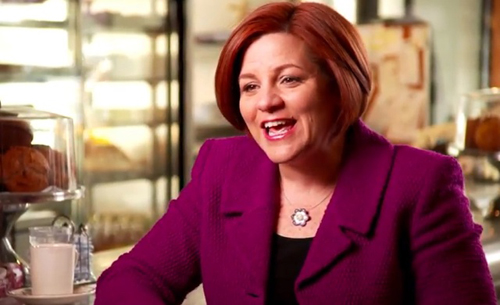 THOSE MUFFINS HAVE YET TO BREAK THEIR OWN GLASS CEILING

At the same time, the same qualities that have allowed Quinn to shatter so many glass ceilings — her ability to make friends in high places, appeal to a bunch of different demographics, broker back-room deals, and strategically accept and dole out money — have also drawn criticism from people who say that by playing the political game, she has abandoned her roots as a progressive advocate and organizer. As this nuanced New York Magazine profile says, “she emerged from Manhattan’s left-wing, good-government tradition but has the hard-boiled soul of a Hell’s Kitchen ward boss.” (Alternately, as a New York political junkie friend put it, “the lady is a FREAK at politics.”)

Quinn started out as a fair housing advocate and then became the head of the Gay and Lesbian Anti-Violence Project. She’s been on the City Council since 1999, representing the city’s third district, and was elected Speaker in 2006. This position gives Quinn a lot of power (this Guardian article calls her “not only the most powerful legislator in the city; [but] pretty much the only legislator in the city.”) She can kill bills that have a veto-proof majority of supporters, and she has control over most of the city’s budget. She has often used her power for good — fighting for marriage equality and to prevent wrongful deportations, passing LGBT-focused anti-bullying legislation, and mandating kindergarten. Sometimes she hasn’t, though, and has supported decisions that are less obvious queer issues than marriage equality but still have a major impact ont he queer community — which has rightly earned her a lot of criticism from the community, including specific LGBT citizens and allies like Alan Cumming and Gloria Steinem. 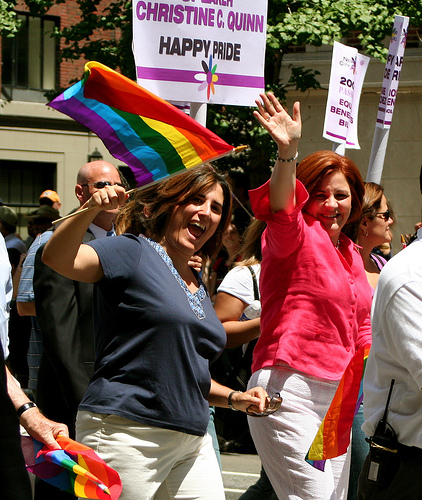 CHRISTINE QUINN AT THE NYC PRIDE PARADE {VIA BOSS TWEED}

Putting Off Paid Sick Leave
Over the past few years, but especially in recent months, Quinn has been criticized by everyone from Gloria Steinem to “dozens of prominent New York City rabbis” over her refusal to allow a vote on a paid sick leave bill.  The bill would require companies with more than five workers to provide at least five paid sick days for their employees.  It’s supported by 83% of New Yorkers, a veto-proof majority of City Council members, and some pretty solid science about public health and workplace productivity.  But many businesses don’t like it, and Quinn has said that although she thinks it’s “a worthy and admirable goal,” NYC’s shaky economy means it’s not the right time.

Everyone’s favorite political gay, Cynthia Nixon, has already decided to back Quinn’s opponent Bill de Blasio, pointing out that “the group of people that don’t have paid sick leave is disproportionately women” and low-wage workers.  Steinem has threatened to withdraw her support for Quinn over the issue, explaining that “making life fairer for all women seems more important than breaking a barrier for one.” And just yesterday, an internet trickster put up a website that’s nearly identical to Quinn’s official one — except that it promises “an up-or-down vote on paid sick days.” Wishful hacking. If Quinn’s going to stand behind Governor Cuomo’s Women’s Equality Agenda, this is exactly the kind of legislation she should support. 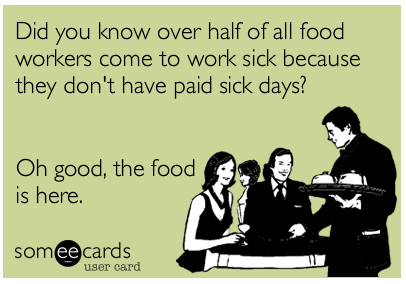 I SENT THIS TO CHRISTINE QUINN TODAY.

Quinn tends to get flack for her political alliances as often as for her legislative decisions. There was the time she got the Queensboro Bridge renamed for former mayor Ed Koch, even though Koch is famous for virtually ignoring New York’s AIDS epidemic, and no one from Queens thought the name change was a good idea. There was the time she kind of just handed Mayor Bloomberg a third term. Most problematic is her friendship with NYPD Commissioner Ray Kelly.

If you go by approval ratings, Ray Kelly is the most popular official in New York City.  But he’s also responsible for the incredibly unpopular (and racist, and homophobic, and transphobic) stop and frisk laws.  Quinn’s recent announcement that any future mayor “would be lucky” to have Kelly stay on as commissioner drew an equal amount of cheers and boos.  Pundits interpreted her endorsement as an attempt to appeal to “constituencies that can help her win both the primary and general elections — conservative outer-borough Democrats, business and real-estate community leaders, and Republicans.” 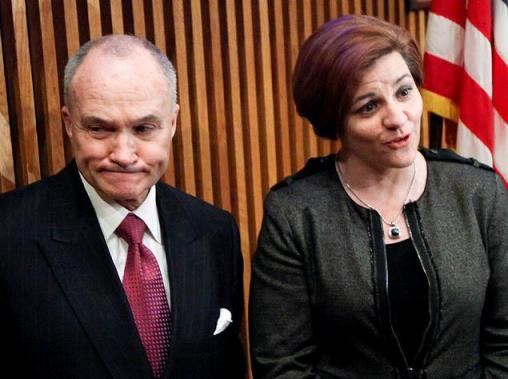 When asked two years ago what was on the forefront of the New York LGBT agenda, Quinn named “gender identity discrimination, bullying, and hate crimes.” She has repeatedly stressed her commitment to trans* equality, and the need for national legislation prohibiting employment and housing discrimination against trans* people. As far back as 1999 she was drawing criticism from the unenlightened for her correct use of terms (“others grouse she is too sympathetic to neighborhood transvestite prostitutes; she calls them “transgender sex workers.””). So it’s strange that when given the chance to defund a policy that is, in effect, gender identity discrimination via bullying and hate crimes, she just hasn’t. Studies show that trans* people are stopped by police more than twice as often as other people; people of color and visibly queer people are also targeted outrageously. Trans* people “are routinely profiled and wrongfully arrested for prostitution” simply for carrying condoms, “and often plead guilty out of fear of abuse in jail while awaiting their court date.” Although Christine Quinn has spoken about the need to improve stop-and-frisk, she hasn’t done much about it, or taken concrete positions on proposed reforms. According to Pauline Park, the Chair of the New York Association for Gender Rights Advocacy, this is the latest in a long line of examples of Quinn being all talk and no action when it comes to trans* rights. If Quinn truly believes in non-discrimination, and in making the streets safer for ALL New Yorkers, it’s unclear why she’s not putting her money where her mouth is and taking it away from this prejudiced program. 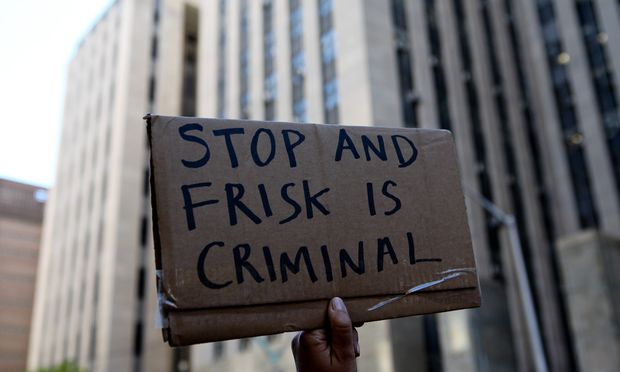 Quinn has also been accused of living in her donors’ pockets. In 2008, she was caught up in a slush fund scandal when the city council was found to have “delegated” millions of taxpayer dollars to imaginary grant groups, and actually used the money to pay back donors and fund pet programs (this had been going on for decades, and Quinn’s level of knowledge and involvement is unclear). Some are concerned that she is particularly tied to real estate interests, and point to the fact that she let St. Vincent’s Hospital close and sold the lot to Rudin Management, who had donated to her campaign. St. Vincent’s hospital had the first and largest AIDS ward on the East Coast, and it was also the only hospital with a trauma center in the area. Its closing came with real historical and medical costs for the community. However, it also hadn’t been profitable for years, and after talking to community members, Quinn reached a deal that replaced it with not only the prescribed luxury condos, but also an AIDS memorial, a public school, and funding for arts education and affordable housing. This particular compromise doesn’t seem so bad to me, although I might feel differently if I ever get attacked by a pigeon on the Lower West Side. 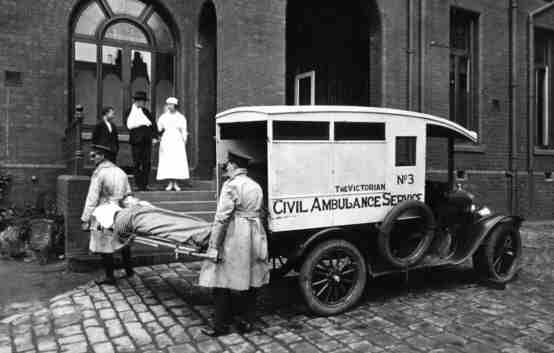 More troubling is her refusal to pass the HASA For All Act, which would expand housing benefits to all underprivileged New Yorkers with HIV, rather than reserving them for people who have an AIDS diagnosis and specific T-cell count (under current laws, some people let the disease develop at risk to themselves in order to get housing). As with the paid sick leave bill, Quinn has said it’s not the right time, that she needs federal dollars, and that she doesn’t want to set a precedent. But research shows that the cost of people getting sick far outweighs the cost of housing people, and stable housing reduces HIV transmission.

Any legislation tied to homelessness, access to health care, or HIV/AIDS is going to disproportionately affect queer youth; if anyone knows that, it’s going to be someone who came up through housing and LGBT activism. If Quinn is going to run on an affordable housing ticket, why isn’t she willing to work to provide it to those who need it most?

Overall, politics is politics. No one is going to have a perfect record. For everyone who accuses Quinn of leveraging her lesbian identity to get votes, there’s going to be someone publishing an op-ed about how she’s not out enough; same goes for all of her policy decisions and non-decisions. But the good news is that politics is also democratic! And for someone is accused of not listening to her constituents, Quinn is definitely spending a lot of time speaking with them. She has already embarked on a “Walk and Talk” tour of the five boroughs, hitting all the neighborhoods, shaking hands, bounding onto buses, buying churros, and taking questions and suggestions. If you’re in New York, keep an eye out for her fuschia trenchcoat. Call her up. Tweet at her. Let her know what policies she could support to earn your vote, your donation dollars, and your respect. Check out the other candidates. Remember that as a member of Quinn’s community, both as New Yorkers and queers, we’re the ones she’s accountable to. And then when September comes around, we’ll check up on her again. 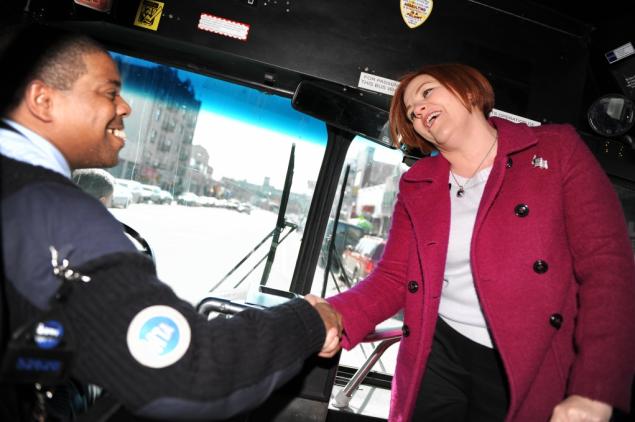 THIS COULD BE YOU! {VIA ENID ALVAREZ}