Last night I felt a ripple — nay, a lights-out surge! — in the Gay Force. I looked up from the book I was reading, closed my eyes, and yes, there on the wind, I heard it: FRIENDSHIP (ship… ship… ship) HAS NO BOUNDARIES (ies… ies… ies…). I listened even more closely. Harold, the wind called. Harold…

What could it be? There were no WNBA games last night. No NWSL games. No new LGBTQ+ movies or TV shows dropping. There weren’t even any new cute pictures of the Bettses; I had already checked Niecy Nash’s Instagram twice. But wait — no WNBA games, no NWSL games. The ESPN ESPY Awards were happening. Could it be? No, surely not. No. Surely. I grabbed my phone, opened my friend Ashanti’s Twitter, and screamed. I put down my phone. I picked it back up. I screamed again. There, on the ESPYS red carpet, holding pinkies, were Christen Press and Tobin Heath. I scrolled, maniacally. A second photo. Pinkie holding in an entirely different location. Kept scrolling. Christen standing two steps up from Tobin with Tobin gazing at her like she painted the entire universe with her own hands. 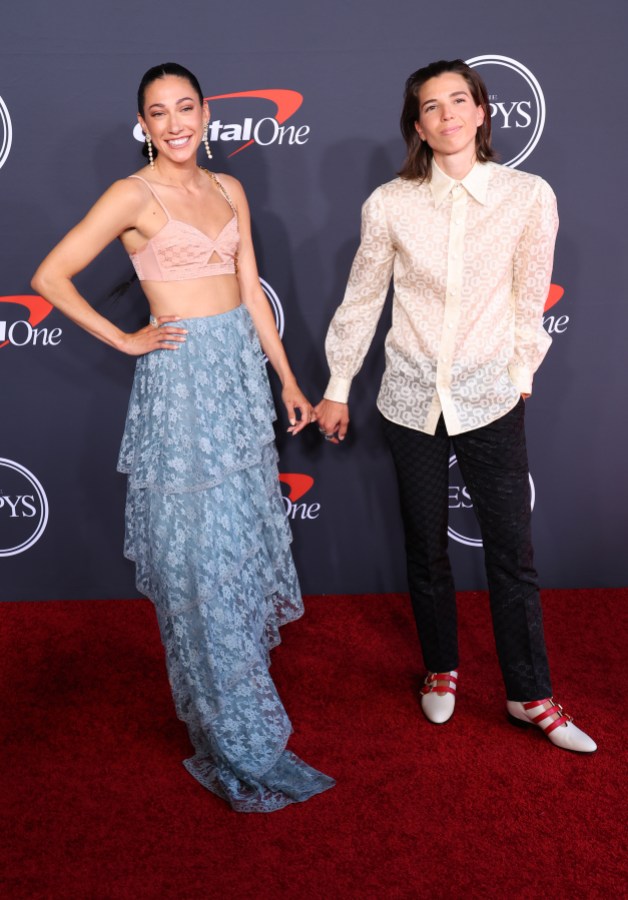 I opened Tobin Heath’s Instagram and nearly launched my phone and my own personal self into the sun. Tobin with her arm draped all the way around Christen. Christen leaning in and lounging in her lap. Practically melting together.

“Finally,” I breathed, a single rainbow-colored tear sliding down my cheek. “Finally.”

There are so many ways for love to go wrong. And yet! Somehow! Through USWNT coaching politics, and NWSL owner hijinks, through pay equality lawsuits and internationally complicated game schedules, through the pandemic, and co-owning a small business, and torn ACLs, and every other sports gay’s engagements and weddings, through endless hope and demands and speculation, Tobin Heath and Christen Press got together, stayed together, came out individually in their own time, and then stepped out together — pinky-in-pinky! — on the ESPYS red carpet.

To quote the endlessly relevant Lizzie McGuire, “Hey now, hey now, this is what dreams are made of.”

And may I just say, for two people who have deliberately kept their faces from smooshing together in public for a long, long, long time, these two faces look VERY GOOD smooshed together.

Happy Love Is Not a Lie Day to all who celebrate!