Netflix’s Selling Sunset is a portal into a world of glitz, glam, and most recently, girl boss vegan empanadas. It’s an opportunity to do what I do best: imagine I’m rich and tall while screaming “WE’RE IN ESCROW!!” and “WE NEED THE COMPS!!” across the apartment to my girlfriend. But speaking of my girlfriend, perhaps the most epic moment of the season came today, on May 6 in the year two thousand and twenty-two, when fan favorite Chrishell Stause confirmed that she is dating nonbinary Australian musician G Flip, famous for making lots of music, but namely a song called GAY 4 ME!!!

Those of us who were understandably paying EXTREMELY close attention to Chrishell’s Instagram activity have been curious about this situation for some time. Exhibits A-C: 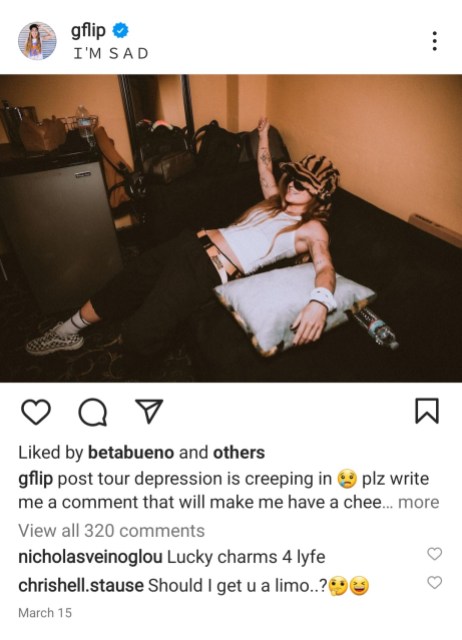 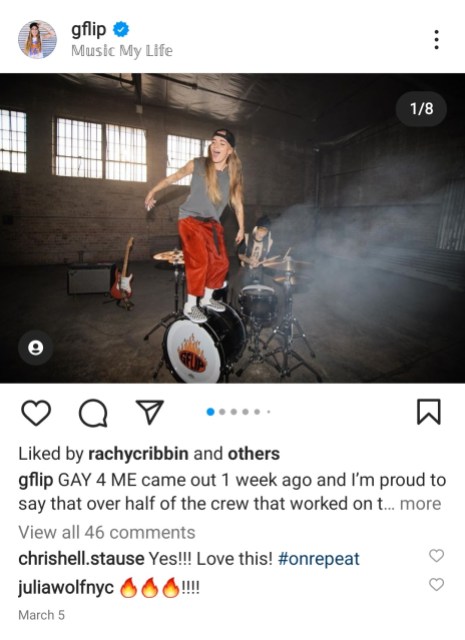 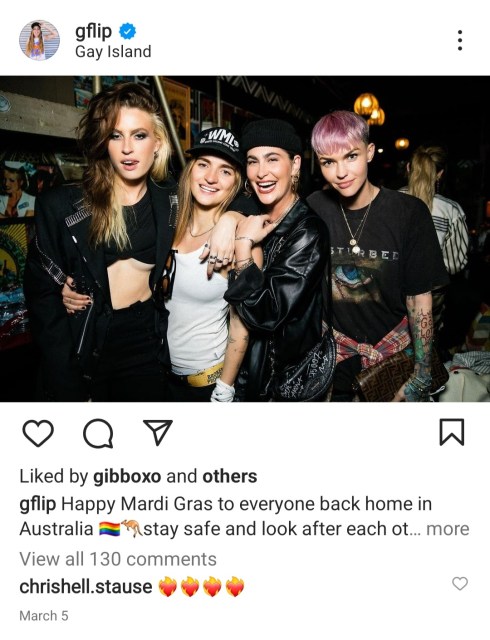 “I recently have been spending a lot of time with someone that somebody’s very important to me,” Chrishell told host Tan France near the end of the Selling Sunset reunion on Netflix. “Their name is G-Flip, they’re nonbinary so they go by they/them and they are an extremely talented musician and it started because I was just gonna be in their video.” Furthermore, she asserted that G-Flip is a “rock star” who is “living a rock star life.”

When Tan asked why she’d been hesitant to be open about her relationship, she told him: “I think I was probably as surprised as anyone. Nothing’s really changed for me, I’m still really attracted to masculine energy and a good human. I hear people talk about these things and they’re like I knew from a young age. But that’s not me. I’m just — I’m very open to good energy. I don’t know what my future holds, but it is a complicated issue to talk about. Even now I’m nervous… but at the end of the day, I’m so happy and so if that angers someone, then that’s not really my problem.”

Tan then declares that it’s 2022 and she can date whoever she wants! Thank you Tan.

In Season Five of Selling Sunset, the highs were high (a lot of these mansions in LA appear to be on large stilts, which are themselves on large hills) and the lows were low (discussions of whomst is bullying whomst were had). Chrishell spent most of Season Five dating Jason Oppenheim, which was full of drama since he is one of the founders of Selling Sunset’s titular real estate brokerage, The Oppenheim Group. (It was also dramatic because it meant that we watched Chrishell, more than once, rub his bald head.) But they called it quits at the end of the season — apparently opening the door for Chrishell to look to gayer pastures!

Honestly, we are very happy for Chrishell. What does this mean for intriguingly alliterative Selling Sunset Season Six, a.k.a. The Sapphic Season of Scissoring? Who knows!! No matter what, we’re excited. Can’t you just picture it: ​​Chrishell dishing to Emma about her hot gay sex, over a porcelain plate of vegan empanadas in a 10 million dollar house in a neighborhood I’ve never heard of. I, for one, cannot wait.