by Mey and Maddie

This week, Pentagon officials announced that they’re considering transferring the incarcerated Chelsea Manning from a military facility to a civilian one, ostensibly so that Manning can pursue hormone therapy. The Pentagon’s reasoning is that she can’t be given medical treatment specific to her status as a trans woman according to military policy because the military doesn’t allow trans people to serve, and so if her status were recognized Manning would need to be discharged. Manning’s attorney, David Coombs, has released a statement explaining his skepticism about this transfer and what benefit it might offer Manning.

Manning’s transfer to a civilian facility would be, according to Coombs, unprecedented – the only people who have been transferred from military to civilian prison in the past have been discharged before the transfer, and Manning can’t be discharged because her appeals process hasn’t even begun. However, the Pentagon claims that they can’t treat her themselves because transgender people can’t serve openly in the military, so to treat her would be grounds for discharge, which they can’t do while she’s still serving jail time. The Pentagon’s unwillingness to deal with Manning’s reality and health needs reeks of transphobia and transmisogyny.

The repeal of Don’t Ask Don’t Tell was lauded as a huge win for the LGBT community, but it completely left trans military members behind. Although US Defense Secretary Chuck Hagel has said that they are “reviewing” the idea of letting trans soldiers openly serve, they aren’t taking any real steps to make the military more trans friendly. This mistreatment of Manning shows that despite this rhetoric, they don’t really seem that committed to change. 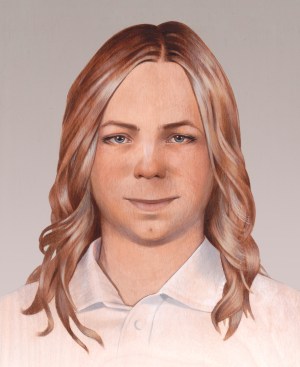 Manning is in a tight spot. Not only does she have to deal with the military’s transphobia and transmisogyny, but she also has to deal with the same thing coming from prison industrial complex in which she is imprisoned. All things considered, it’s not that surprising that Manning is being denied hormones. Things are getting better for trans inmates, with more and more receiving the medical attention that they need, but many are still denied.

It makes sense that Manning’s lawyer is wary of the Pentagon’s offer. If a client’s health had been ignored and her life were being risked because the military refuses to deal with trans prisoners in a real way, most people would be. Now, instead of trying to help her themselves, the military seems to be passing her off so that they can continue to mistreat trans prisoners in the future. The military claims it does not have the expertise to offer Manning treatment in the military facility, which seems like a thin assertion. Manning noted this in her statement about the possible transfer:

“I wish to clarify that my request for a treatment plan did not involve any request to be transferred. At the beginning of 2014, the U.S. Disciplinary Barracks at Fort Leavenworth, KS and the Army Corrections Command were ready to approve and implement a treatment plan that at least conservatively met the standards set forth by the World Professional Association for Transgender Health. I was content with this plan. Based on these facts I don’t understand why the Office of the Secretary of Defense would feel the need to punt this issue by transferring me.”

If Manning herself does not see her transfer as necessary, and if she has already gotten indication from military authorities that she could have suitable treatment while in a military facility, it seems like there are other, more discriminatory motives at work. Coombs noted in a statement that Manning’s safety would be in greater jeopardy in a civilian facility and that this leak is a tactic from the Pentagon, “intended to strong-arm Chelsea into backing down in her requests for medical treatment, ironically using the same method (leaking information) that sent Chelsea to prison for 35 years.” Her lawyer has said that if she remains in the military prison, they plan on challenging their denial of treatment in court.

It does seem like in Manning’s case, being under military jurisdiction offers her much worse health outlooks than being in a civilian prison (although she would face many other challenges and dangers in a civilian prison, as trans women always do). The civilian prison would give her the proper medical care, but it looks like the military is completely unwilling to change the way they do things and actually provide trans-inclusive healthcare. While it would obviously be worse for Manning to remain in military custody (as she would be continued to be denied healthcare), it might be better for other trans women down the road. Her lawyer has said that if she remains in the military prison, they plan on challenging their denial of treatment in court. They say that denying her hormone therapy is a violation of the 8th Amendment protections against “cruel and unusual punishment.” A lawsuit like this could force the military to change its policies and adopt modern treatment methods for any trans people that they imprison in the future.

This is also a continuation of the trend of the criminalization of trans bodies (which Laverne Cox mentioned in her speech at Creating Change). Although this is mainly true of black trans women in the US and Latina trans women globally, it does extend to all trans people in some cases like this one. Trans women are often arrested essentially for existing. They’re arrested for using the bathroom, for accepting a car ride and for defending themselves. Then they’re are thrown in jail (often a men’s jail), often placed in solitary confinement and often denied healthcare.

Manning has health needs that are purposefully not being met. The military knows what needs to be done to make her healthy, and they are actively not doing that. Even more, their solution for the problem and how to avoid getting in trouble is to wash their hands of her. It’s time for the military to step up and figure out that it needs to start treating its trans soldiers with some respect. While it would be a huge victory for Manning if she is able to get the healthcare she needs, her being able to access the healthcare she needs by being moved to a civilian facility ends up allowing the military and prison systems to become better equipped to incarcerate trans people. If the prison system can better hold trans people, it will expand to hold more trans people. The way it seems in this situation is that Manning’s number one barrier to getting the healthcare she needs is that the military prioritizes her incarceration over her humanity.