In my last post, I introduced all the political, cultural and community-driven reasons why this Bud’s not for you, queers. To recap: craft beer is resolutely where it’s at and choosing a craft brew over a can of PBR not only benefits your palate but also supports small business, slow food and the celebration of difference in a stiflingly homogeneous world. But what if you prefer the taste of Coors Banquet or Miller High Life? What if all you want out of your beer experience is a lime-topped Corona? Never fear – the craft beer decoder is here!

As a bartender in a craft beer bar, my favorite customers were always the skeptics. Afraid to step outside the sudsy boundaries of their comfort zones, they nervously scanned the 24-tap beer list, searching for a name they’d seen at the grocery store or on a billboard.

“What do you like?” I’d ask. The floodgates swing open: Heineken, Bud Light, Guinness, Stella. For each Big Beer brand that escaped their parched lips, I had a recommendation, pouring samples into shot glasses and sliding them across the bar with an encouraging, “Try this one!”

So, in an effort to pull you thirsty readers away from lining the pockets of conservative conglomerates, let me suggest some crafty alternatives to the brews you already know and love (or at least have gotten used to…). 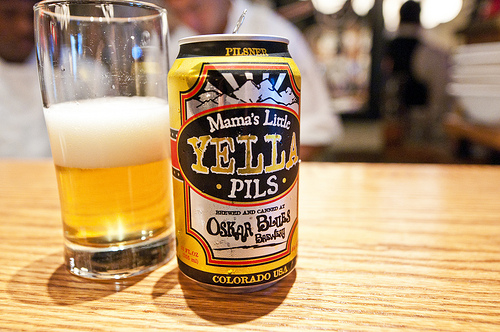 If you like: Heineken
Then try: Oskar Blues Mama’s Little Yella Pils (NC)
Much like its import counterpart, Mama’s Little Yella Pils opens on the skunky side, with a pungent blast of sweet malt and crisp, grassy hops. The initial bite fades out quickly and that reassuring, familiar malt fills your palate. Miss the green bottle? Don’t. Beer is a lot like a vampire (the old kind, not the Twilight hunks) – its hoppy body is destroyed by sunlight. The element breaks down a beer’s chemistry, resulting in a sulphuric odor and taste. Luckily, Oskar Blues’ aluminum craft cans keep beer as fresh as the day it was brewed. And you can bring them to the beach! Bonus! 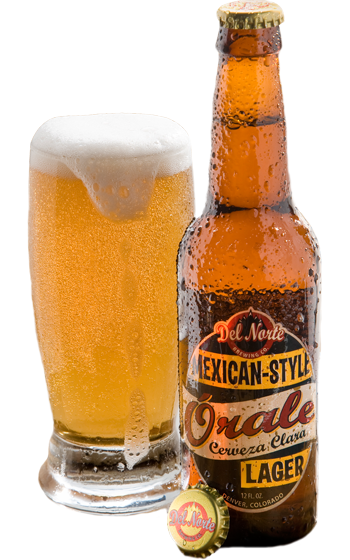 If you like: Corona/Pacifico
Then try: Del Norte Orale (CO)
Ah, the Mexican light lager. Ever wonder why Corona promotes shoving a slice of lime into your freshly opened longneck? Citrus has properties that neutralize the foul taste of sun-spoiled hops (see light anecdote above), so Corona can continue to package its brews in clear glass and steer clear of customer complaints. Avoid the sun poisoning altogether while beating the heat with a Del Norte Orale. It’s a remarkably smooth and easy drinking Mexican-style lager from the Wild West of Denver, sure to satisfy all your taco-pairing needs. 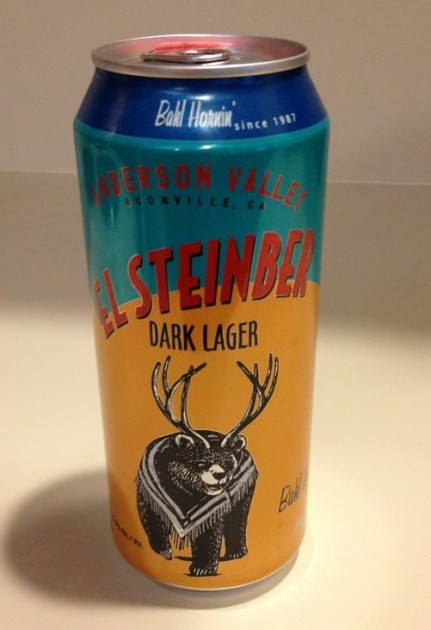 If you like: Negro Modelo/XX
Then try: Anderson Valley El Steinber Mexican Dark Lager (CA)
Sold in in tallboys or on tap, Anderson Valley’s El Steinber is a fantastic example of a big beer style gone craft – an adaptation that uses the general guidelines for structure but adds in some unique touches like a bit of coffee and some sweet grain. Roasty and nutty with a dry finish and a medium-light body, El Steinber perfectly compliments a warm, sunny afternoon. 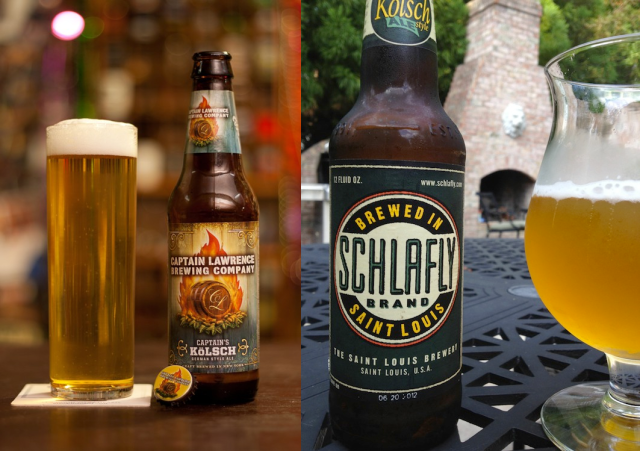 If you like: Bud Light/Coors Light/Miller Lite
Then try: Captain Lawrence Captain’s Kolsch (NY) or Schlafly Kolsch by the Saint Louis Brewery (MO)
American light beer was modeled after a the German “Diat Pils,” a beer marketed towards diabetics in mid-century Eurpoe. The original recipe diminished carbohydrates by over-fermenting the beer. Ironically, though, the long fermentation process resulted in high alcohol levels and thus, more sugar and more calories. American breweries took that concept, added some adjuncts (or ingredients not used in traditional brewing, like rice and corn) and watered the whole mess down, then marketed to binge drinking Americans with slogans like “When you’re having more than one!” The marketing worked and now Bud Light is one of the top selling brands in the country. Opt for something different with an ice-cold Kolsch. This even-toned German style is light, crisp and much lower in ABV (alcohol content) than its hoppier craft brethren. Besides, you can feel better knowing that your “more than one” supports some rad independent businesses. 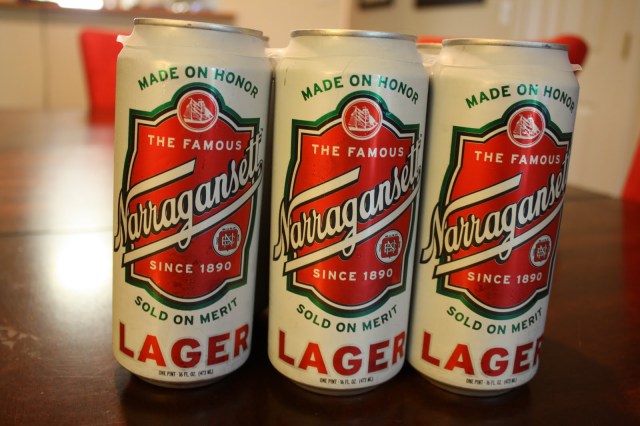 If you like: PBR
Then try: Narragansett Lager (RI)
This is a toughie – PBR is PBR and there’s not much else like it. Most of its value is social – its reputation rides on its appearance and the hipness we associate with it. Break away from the pack with a ‘Gansett! One of the last remaining independent regional breweries, Narraganasett tastes a lot like cheap beer and is priced accordingly. It also makes a killer base for boiling shellfish and the tall boys even feature a recipe on the back. Plus, it’s tagline is “The Official Beer of the Clam.” Just sayin’… 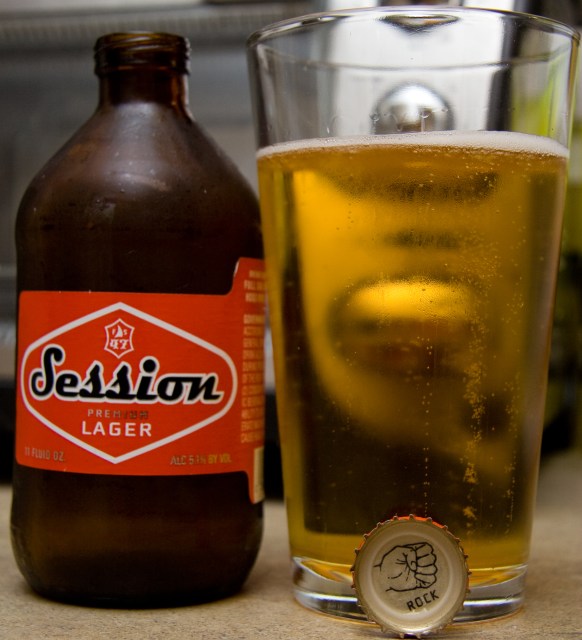 If you like: Schlitz/Lone Star
Then try: Full Sail Session Lager (OR)
Personally, I love a good Schlitz. The unfortunate thing here is that Pabst also loves Schlitz, so much so that it scooped it up along with a bunch of other tried and true regional breweries and consolidated into one large corporation. Oregon’s Full Sail Brewing Company, on the other hand, is 100% worker-owned, cranking out barrels since 1987. This refreshing all-malt, pre-Prohibition style lager is sure to satisfy your cold one craving and fits seamlessly into a shot-and-beer combo paring. They also come in adorable little stubby bottles. 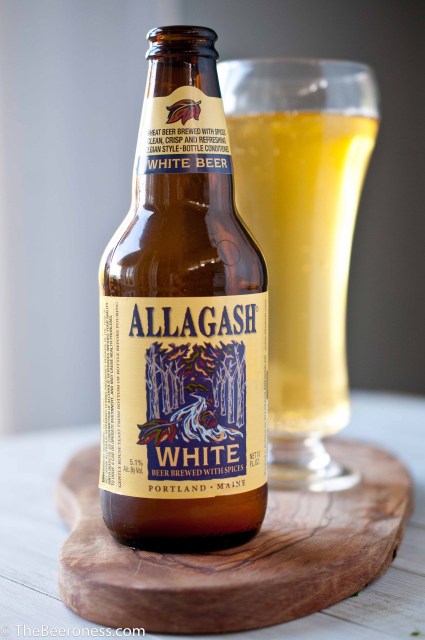 If you like: Blue Moon/Shock Top
Then try: Allagash White (ME)
In an effort to compete with the growing craft beer industry, Coors launched Blue Moon in 1995 and it quickly became one of the superbrewery’s top sellers. Anheuser-Busch saw Coors’ witbier attempt and released Shock Top, mimicking Blue Moon’s yeasty flavor profile and orange slice garnish. Both beers, however, pale in comparison to a pint of Allagash White. This citrusy wit pours a beautiful straw color and needs no added fruit to enhance its extremely well balanced, lemonade-like character. 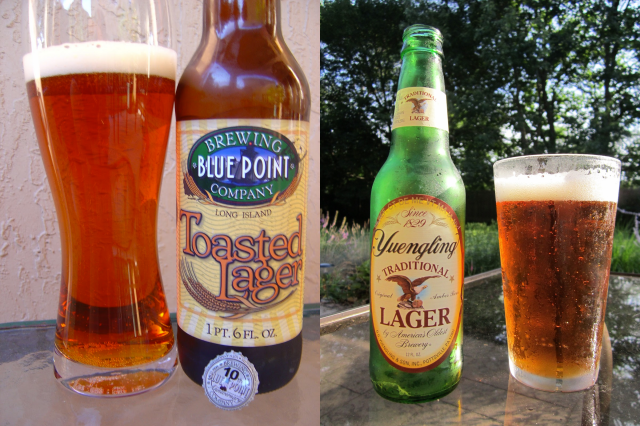 If you like: Bud Heavy/Coors Banquet
Then try: Blue Point Toasted Lager (NY) or Yuengling Traditional Lager (PA)
Long Island’s Blue Point brewery puts out some fantastic beers, including their popular Toasted Lager. This solid, easy-drinking American Amber lager is the perfect pizza shop beer – not too heavy but with enough bisquity malt backbone to really bring that cheese-and-pepperoni slice to life. Yuengling is another great alternative to the King of Beers. As the oldest operating brewery in the country, this family-owned Pennsylvania outlet adheres to the “if it ain’t broke, don’t fix it” mentality. They’ve been churning out bottles of their refreshing, 4.4% ABV flagship American Lager on-and-off since before Prohibition, garnering such a reputation that simply ordering a “Lager” in almost any bar in Pennsylvania, Delaware or New Jersey will land you a pint of Yuengling. 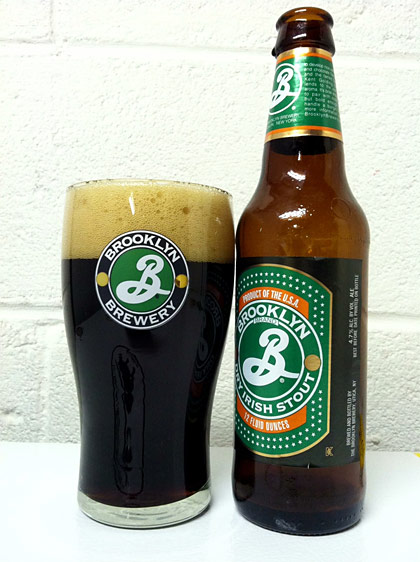 If you like: Guinness
Then try: Brooklyn Brewery Irish Dry Stout (NY)
Brooklyn Brewery is another craft darling. Established in Williamsburg before Williamsburg was Williamsburg, owner Steve Hindy and brewmaster Garrett Oliver were pioneers in both the revitalization of New York City and the craft beer movement. Their Irish Dry Stout rivals Guinness in that famous creamy body and soft head, and far outweighs it in flavor profile, freshness and quality. You have to try a properly poured Brooklyn Stout to really get what I mean — I promise, you won’t be disappointed. 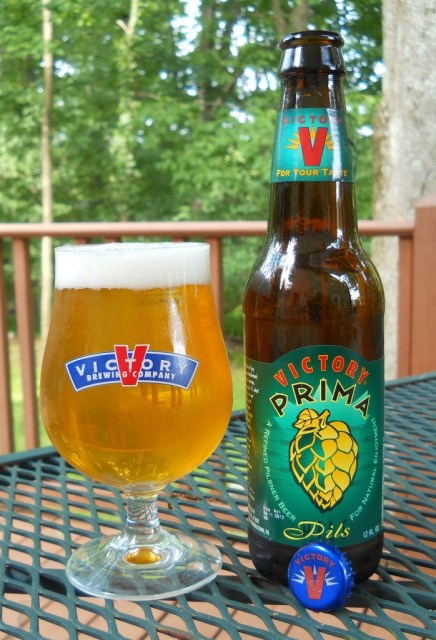 If you like: Stella
Then try: Victory Prima Pils (PA)
At this point, Stella is really just a fancy Budweiser. Brewed by the same folks with the same ingredients, only a name and some high-cost marketing set the two apart. Victory Brewing Company, however, is no InBev (the corporation that owns Stella & Bud), and their Prima Pils is in a class of its own. Over the years, Victory’s team has developed a special relationship with the great brewmasters of Germany, ensuring access to the best German hops and the most innovative brewing techniques. The insanely fresh Prima Pils represents a beautiful friendship between the American palate and the German backbone and could kick Stella’s wimpy butt any day. 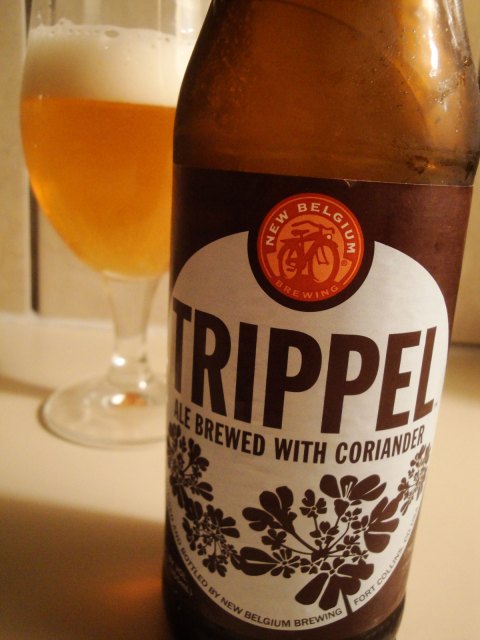 If you like: Smirnoff Ice/Mike’s Hard
Try: New Belgium’s Trippel Belgian Style Ale (CO)
So many “non-beer drinkers” are turned off of beer because all they’ve experienced is the sudsy yellow sixpacks tossed around at college parties. Another world is possible, folks! If you prefer your alcohol to come dressed in sweet, try a Belgian ale like New Belgium’s Trippel. This SweetTart of a brew packs a punch full of fruity flavors that won’t leave you with that “bitter beer face.” Colorado’s New Belgium Brewery is also one of the only breweries presently owned and operated by a woman, so there’s that, too.

A documentary filmmaker by trade and training, Meredith develops digital content for Homoground, a queer music podcast, and heads up the female-centric craft beer blog BeerdedLadies.com, amongst other more lucrative pursuits. Meredith is originally from St. Louis but now lives in Brooklyn where she can usually be found enjoying a cold one or playing softball in Prospect Park alongside her mutt, Miko.

Meredith has written 4 articles for us.