Canadian Inuit are using sealfies — photos with seal skins and meat — to demonstrate the role the seal hunt plays in their lives and protest Ellen DeGeneres’s Oscars-selfie-related donation to the Humane Society of the United States, an organization that loudly opposes it.

After DeGeneres’s Oscars selfie with Jennifer Lawrence, Meryl Streep and others became the most retweeted photo ever, Samsung, which made the phone she took it with, donated $1.5 million each to two charities of her choosing: St. Jude Children’s Research Hospital and the Humane Society.

This week, concerned Canadian Inuit have responded to that donation with sealfies to bring positive attention to indigenous seal hunting. 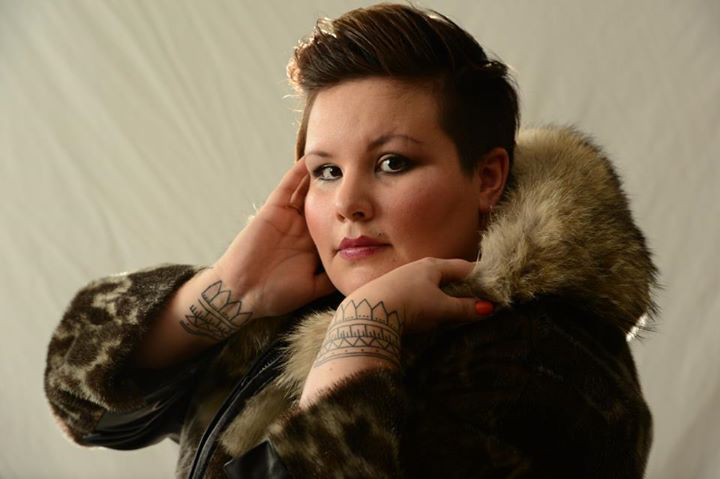 “[Arnaquq-Baril], who is now working on a documentary about the seal hunt, said she hoped Degeneres would make ‘a little bit of effort to understand where we’re coming from.’

If she did, ‘she’d realize that Inuit are the ultimate animal rights activists and environmentalists. And we need to find some common ground.’

Arnaquq-Baril said she and many supporters of sealing are actually ‘big fans’ of the talk show host.

‘But I would be surprised if she knew anything about our land and culture,’ she said. ‘If she did, she wouldn’t be donating $1.5 million to an organization that’s worked very hard to crush our culture, and our economy. She probably hasn’t been exposed to too much media on the subject, and that’s what we’re trying to do is raise some awareness in the media, from an Inuit point of view.’

‘I care about my society, the place I live in,’ Arnaquq-Baril said.”

There does not seem to be any statement directly linking Samsung’s donation to the Humane Society with the seal hunt, and the widely media-quoted statement from DeGeneres, in which she says “seal hunting is one of the most atrocious and inhumane acts against animals allowed by any government,” seems to be from 2011. However, the Humane Society is still an outspoken voice against the seal hunt, and the donation has sparked discussion. (According to the Globe and Mail, The Ellen DeGeneres Show has not yet commented.)

In a video response, Killaq Enuaraq Strauss, a young Iqualuit resident, discusses why anti-seal-hunt sentiments are problematic, including issues such as food insecurity and cultural tradition:

“We’re a culture that’s still so alive, so thriving, but also so challenged. We face challenges such as people who think they have the right to impose on us their beliefs by calling us ‘savages,’ ‘vicious,’ ‘barbarian,’ just because we did what we had to do in order to survive. So when someone like you, someone who I look up to, tells me that my way of life is inhumane, I’m bound to get a little bit defensive […] To take away such a vital part of who we are is detrimental. We’ve suffered under the Canadian government, the Canadian people, and now even worldwide […] If Canada were to ban the seal hunt, so many families would suffer, would face harsher forms of malnutrition, wouldn’t be able to afford proper clothing for the Arctic environment we live in, and even more so, another part of our culture would have been killed.”

Additionally, 35% of Inuit households in Nunavut face severe food insecurity, according to a report released yesterday by the Council of Canadian Academies. The average cost of groceries for a Nunavut household is $19,760 a year, while 45% of Inuit adults earn less than $20,000 a year. Essentials like a bag of flour can cost over $33. 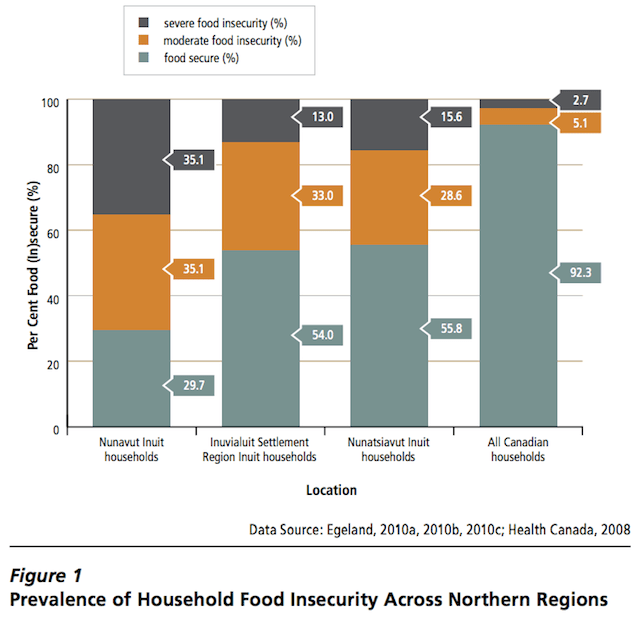 via the Council of Canadian Academies

The authors of the report note, “Traditional knowledge represents a way of life, but traditional knowledge of the local environment, combined with the related skill sets for harvesting, travelling on the land and water, and food processing, can also be understood as a set of cultural practices necessary for food security and food sovereignty.” Or as Strauss says:

“Yeah, I own seal-skin boots, and they are super cute and I am proud to say that I own them, but I also eat seal meat more times than I can count, and I can’t apologize for that. Even though we’ve been assimilated into a Western society, traditional food is still the thing that is sustaining families that cannot afford to go to the grocery store.”