On Dec. 20, the Supreme Court of Canada struck down the nation’s anti-prostitution laws. The court found that laws prohibiting brothels, street soliciting and living off the avails of prostitution were “disproportionate” and created a dangerous environment for those working in the industry. 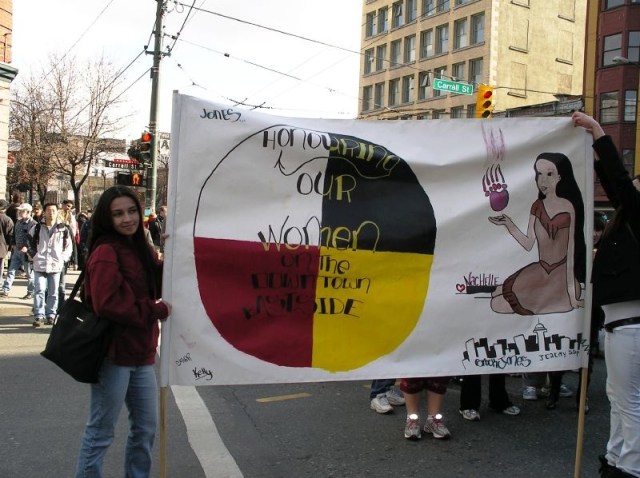 “It is really really great news for sex workers, for the movement, for women, men and human rights,” said Jennifer Drummond, coordinator of the Sexual Assault Resource Centre at Concordia University. “It’s amazing.”

The court stressed that the ruling was not about the question of whether prostitution should be legal, but rather whether parliament infringes upon the constitutional rights of prostitutes with these bans. In her written decision, Chief Justice Beverley McLachlin wrote:

“The prohibitions all heighten the risks the applicants face in prostitution — itself a legal activity. They do not merely impose conditions on how prostitutes operate. They go a critical step further, by imposing dangerous conditions on prostitution; they prevent people engaged in a risky — but legal — activity from taking steps to protect themselves from the risks.”

The decision was unanimous with all nine justices voting in favour of striking down the laws. “In a very basic sense it means that sex workers are considered human beings, and people that have rights,” said Drummond, “the right to safety, security and a work life and a personal life free from violence.” Drummond is also President of the board of directors at Stella, l’amie de Maimie, a Montreal-based support and advocacy organization for sex workers. 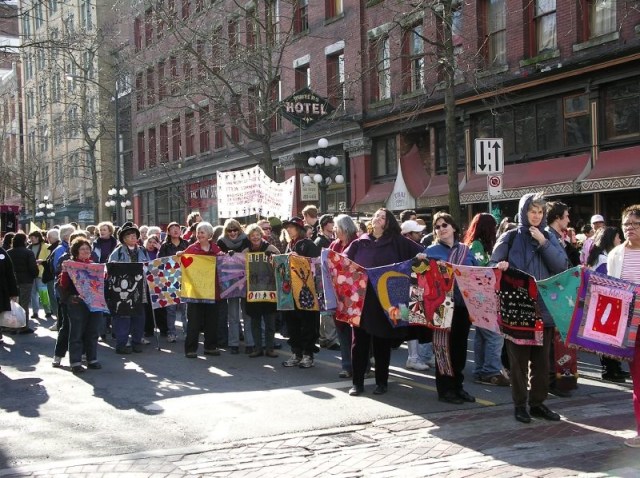 Terri-Jean Bedford, Amy Lebovitch and Valerie Scott brought forward the constitutional challenge that resulted in the case reaching the Supreme Court. The three women all have experience in sex work. Bedford was appealing a decision from March of this year by the Ontario Court of Appeal which upheld the ban on street soliciting, while the Ontario and federal governments were appealing that same decision’s revoking of the ban on brothels and limiting the law against living off the avails of prostitution.

“Whether or not one agrees with sex work, it is indisputable that the current laws have served to discriminate against and further marginalize an already at-risk population,” said Megan Evans Maxwell, the executive director of the Centre for Equality Rights in Accommodation. “If sex work itself is legal, it follows that the government cannot constitutionally enact laws that discriminate against sex workers practicing a legal act. The challenged laws create genuine barriers to sex workers’ full and safe participation in society.” According to Evans Maxwell, neither criminalization nor the condonation of prostitution were the issues before the Supreme Court in this case. Instead, the ruling should be understood as a decision about women’s equality rights.

Safety and security are serious concerns for those working in the sex trade. Nicole (a pseudonym) worked in massage parlors in New York City over a period of three years. Though the prostitution laws within Canada and the US differ, her experience of the fear and stress of navigating her occupation transcends borders. She considers where she worked to be the safest possible environment, in that their clients were carefully screened, but still there was no recourse if a client was aggressive. This powerlessness was also coupled with the fear of being arrested by an undercover cop. Nicole was sexually assaulted several times at work. “It’s not even about the fact that we couldn’t report it to the police but that we couldn’t even blacklist clients for fear of what kind of revenge they could enact on us, like reporting us to the police, or getting even more aggressive if we fought back too hard,” she said. “That lawlessness is really scary.” She believes this problem is drastically magnified for women working on the street.

Electra (a pseudonym) feels similarly. She worked briefly at an escort agency in Toronto and believes the violence within the field is not inherent to the trade, but is rather a direct byproduct of the inequality encountered by prostitutes. For her, it is the entire social framework encompassing prostitution that must change. “It is only in such a puritanical world where exchanging some product of yourself is deemed as morally wrong, compared to other trades,” she said.

Within the industry, sex workers who solicit on the street face the greatest threat of violence. Prostitutes work alone and they cannot properly screen their clients. The current laws make it illegal for these workers to take crucial safety measures. “Legislation that both legalizes the profession, but then criminalizes any attempts to increase safety, has the effect of discriminating against sex workers,” said Evans Maxwell. “It isolates them and fails to take into account their already disadvantaged position in society. Even more troubling, the legislation actually places women in further harm.”

The legacy of Robert Pickton was a specter over much of the Bedford case. Pickton was able to abduct and murder women from Vancouver’s Downtown Eastside neighborhood while the police turned their attention elsewhere. In 2002, Pickton was charged with the murder of 26 women, the majority of whom were sex workers. He was convicted on six counts of second-degree murder.

Drummond believes the ruling could change a lot for sex workers. It gives them more control over their work, both in terms of their safety and heath. Prostitutes can now work together and indoors. They can hire security and drivers. And while these things may be beyond the reach of many individuals that are street soliciting, it is still an important milestone. 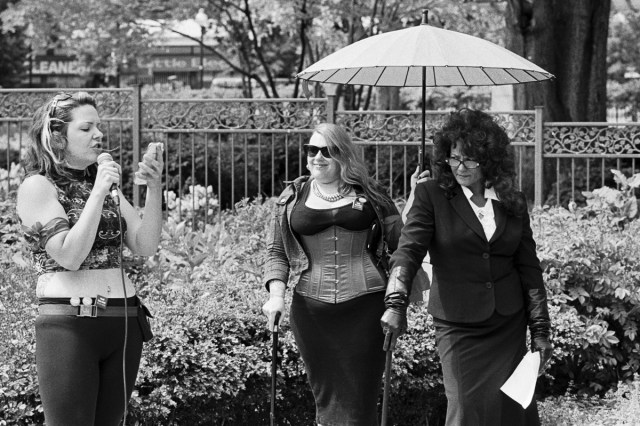 “I feel silly talking about security because my workplace was so safe compared to what most sex workers deal with,” said Nicole, “but honestly the exertion of running any operation where your number one priority is avoiding law enforcement and your number two priority is doing your job always sucks.” Nicole found that the secretive nature of her job was emotionally taxing. “I would hope that legality would make it easier for sex workers to be honest with their friends and family about their job,” she said. “The toll of keeping that secret can drive you insane.”

These new provisions allowing for more transparent sex work will, however, not take effect immediately. The court’s ruling will be suspended for one year in order to allow parliament time to respond. The Canadian government must now decide whether to adopt new prohibitions, but any such measures would have to be in accordance with the court’s decision. In recognizing the intertwined nature of the bans on soliciting, brothels and living off the profits of prostitution, the court did allow the possibility that aspects of the current laws could be maintained if certain provisions were altered. “There are definitely going to be challenges ahead,” said Drummond. “We’ve won the legal battle but there is going to be a political battle to come. But I’m hopeful; we are going to have a big year ahead of us.”