A group of parents in British Columbia are planning to hold a protest later this evening over the Burnaby school district’s proposed anti-discrimination policy. Of course that policy is about stopping the discrimination against lesbian, gay, bi, and trans students. It must be Tuesday! 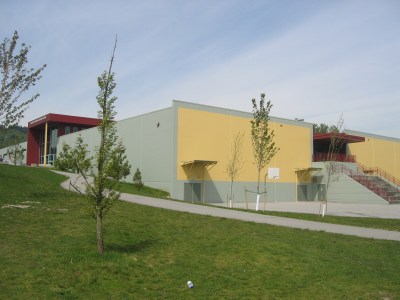 One of Burnaby's High Schools

The rationale behind protesting a policy meant to protect people is, apparently, that the parent’s weren’t told about it in advance, and haven’t been given enough specific information on what their kids will be learning about homophobia, transphobia, and heterosexism. Whether or not parents are informed, via a notice home, about every other policy decision the school board makes is unclear, but they probably don’t.

In an interview with the Vancouver Sun, board chairman Larry Hayes said that while the board could have tried to involve parents more, the deadline for the project has been extended to June 3 to give them time for feedback, but having the policy is still important and “part of creating a safe, caring, and respectful environment for all of our students.”

The reaction from those planning to protest will warm your heart. With rage. A few of them include:

+ “I have two young children in the school system and I don’t want any adult to look at them in a sexual way. Whether or not my daughter is heterosexual or a lesbian is none of their business and adults must never look at my children that way.” —James Gray, a parent, in the National Post

+ The policy is a “deliberate and systematic strategy to indoctrinate our children with a controversial moral teaching that should be left for families to decide on and wrestle through.” —Heather Leung, parent, in he National Post

+ “We feel that receiving education about the details of this lifestyle should be left up to the individual choice of students and parents.” —statement from the B.C. Muslim Association, in the Vancouver Sun

Or course, one of the problems with homophobia spanning generations is exactly that talking about it is left to the choices of students and parents.

So far there have been several meetings to discuss the proposed policy, and all of them have been packed with parents opposing it. Some, like Leung, seem in need of a little anti-discrimination “indoctrination” themselves. Others, like Gray, agree there’s a problem but still would rather be left to deal with it on their own. After learning gay, lesbian, bi or trans students are 16 times more likely to commit suicide than straight students, Gray said, “Having a suicide rate like that is absolutely unacceptable and there must be a way to find a solution.” But he still also had less than fantastic ideas about what learning about transphobia, homophobia, and heterosexism might entail.

When it comes to schools and anything to do with sexuality or sex education or really, anything with the word “sex” somewhere in the picture, people — and by “people” I mean “overly sensitive conservative parent types blind in the face of change” — seem to move very quickly from looking at something meant to help people to thinking that it means the organization in question is trying to prey on their kids, or turn them gay, or teach them about being gay in a way that will somehow be harmful.

While the rationale behind the “you will turn my precious angel gay” argument is unquestionably idiotic, the logical leaps people make to get there make a little more sense. Learning about gay people — ie, that they exist and it’s OK, without even talking about all the residual perks, such as historical contributions to society and the possibility of better haircuts — tends to make people feel better about being gay. Sometimes, it can help them feel better about coming out. To the concerned parent type in this equation, it looks like learning about being gay equals becoming gay, when in fact, the actual gay person was gay all along, she just didn’t know it, or didn’t say it.

While it might have been oversight, or misplaced faith in humanity, that led the school district to not inform parents of the new policy, it also seems more than a little like homophobia is driving their reaction. Which only proves that anti-discrimination policies are needed even more.