As down with queer theory as we all like to be in 2012, the idea of “constructed” identities is still a tricky one to handle sometimes. Since we most often talk about marginalized or minority identities being constructed ones, it can sometimes feel like you’re being told your identity — and therefore your struggles — aren’t real. But it’s important to remember that that’s not quite the case; the majority population is just as much a product of queer theory as anyone, even if they don’t necessarily care to know it. Hanne Blank, who has written a “provocative new history of heterosexuality” called Straight, reminds us in an interview with Salon that while straightness may be statistically “normal” in our time, it’s not historically “natural” — because a straight identity didn’t even exist until relatively recently in human history. 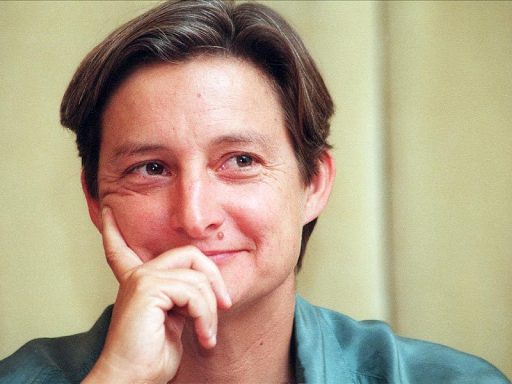 People who oppose equal rights for queers tend to equate the “history of heterosexuality” with “history” — straightness is the only thing there ever has been in the whole course of human events, until Stonewall when a bunch of gays had to ruin everything. But Blank explains that in point of fact, straightness has existed for exactly as long as homosexuality — because, like many dominant cultural identities (like whiteness, for instance), it was defined at the exact same time, in opposition to it. Blank writes than an Austro-Hungarian journalist first used both the words “homosexual” and “heterosexual” when writing about a law that would make same-sex relationships illegal, and his words were in fact meant to “suggest that there are these two categories in which human beings could be sexual, that they were not part of a hierarchy, that they were just two different flavors of the same thing.” According to Blank, it wasn’t until the Victorian era and its attending obsession with sexual purity and normativity that being “heterosexual” became a social necessity.

And the end result of the bizarro chain of events leading from Prussian legislative pushes to pamphlets on the dangers of homosexuality with some stops in Freudianism along the way is that we now have two words that are understood less as a way of explaining things “not part of a hierarchy” and more of an indelible fact defining your identity and relationships. Or as Blank puts it, “When you start operating on the principle that you indeed can divide people into sheep and goats, then there’s also the idea that you must divide people into sheep and goats and there are certain boundaries that cannot be crossed without reclassifying.” What if the words we use to describe and define ourselves are chosen just because they’re there? If our language hadn’t evolved to imply a binary of sexual orientation, is it possible that we would think of ourselves without having to refer to two different categories for a point of reference? Or without categories at all?

Of course, when your identity informs much of your life and who you are, it’s not necessarily comforting to dismiss it as a quirk of history. But then again, Blank’s research doesn’t mean you have to, as Thomas Rogers brings up when interviewing her for Salon:

I’m quite attached to my identity as a gay man — and, to be honest, I would feel a little troubled having my category taken away from me.

Acknowledging that our identities, even physical ones, are at least partially based in constructions doesn’t negate their authenticity or the realities of living with them — for instance, racial differences aren’t genetically based, but that doesn’t mean that racism is somehow less of a real problem. And when we call out the identity markers of the dominant culture as constructed as well, not just those of marginalized people, it puts us on a more equal footing. (The straight questionnaire comes to mind as an example of questioning the assumption that straightness is innate while queerness is an assumed, artificial or developed identity.) Blank argues that the construction of straightness also calls into question research on the biological basis of sexual orientation; the quest to identify a “gay chromosome” or hormonal level implies the existence of an identifiable control of a biologically straight person, which, if heterosexuality is an invented cultural construct, doesn’t necessarily exist.

All of this research that is purporting to look for physiological material differences between gay bodies and straight bodies: What are they comparing it to?  Their assumption that they know magically what a heterosexual body is?  When no one has actually established what that is.  That’s bad science.

As mentioned in the introduction to her book, Blank’s partner is intersex, which illustrates part of her point; now that we’re more and more able to see beyond a requisite gender binary, the corresponding gay/straight binary also seems more often to be clumsily constructed and, sometimes, inadequate. But Rogers also makes the point that tangible progress towards legal rights for queer people have been aided by our “categories;” and on an individual level, many of our identities are hard-won and precious, and we wouldn’t trade them for anything. And in terms of real life, there’s no reason to; our own lives and experiences are more real than anything else ever will be. But it’s useful to remember that when someone is trying to tell you that who they are is real and who you are isn’t, they’re wrong, and there’s no two ways about that.