The Academy Awards 2012 Nominations were announced and lo and behold: I obviously didn’t see any movies this year. That’s not actually true. As you know I saw Breaking Dawn Part One opening night and actually I also saw Midnight in Paris three times. I just really liked Hemingway. Maybe it’s just that movies I care about didn’t get nominated. Welp! Looks like I have some big catching up to do in the next 33 days. 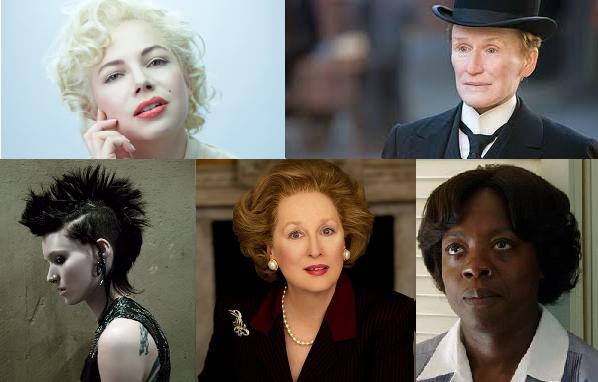 Below you’ll find some nominees I or someone else on Autostraddle had feelings about followed by the complete list at the bottom.

The Artist: So The Artist is apparently a silent movie that everyone loved. Can I be real here? I don’t think I have the attention span for a silent movie. I’m not trying to hate on innovative ideas or film as art or even reject something I have no experience with, but I honestly could not make it through the trailer.

Extremely Loud & Incredibly Close: This came out in theaters literally four days ago and has a 48% on Rotten Tomatoes. How did it get in here? How is this nominated for Best Picture and not Harry Potter and the Deathly Hallows Part 2?

The Help: I liked The Help. It was heartwarming. Please don’t flame me.
Excerpt from Riese Liveblog of the Golden Globes

I actually kinda liked The Help? It reminded me of a movie I would’ve been allowed to see in the 90s (because it was rated PG) and that if I had, my little heart would’ve been heartwarmed. But maybe also ignorant?

Moneyball: I really hope Moneyball doesn’t win. Not because I have anything against it as a movie, but because I live in Boston where anything remotely baseball related gets at least 5.2 times it’s appropriate news coverage on NPR.

The Girl with the Dragon Tattoo: Julie & Brandy have some feelings about this movie.

Beginners: This movie has a gay. I kept meaning to see it but kept repeatedly forgetting about it because I kept going to see Midnight in Paris. Obviously I hope Christopher Plummer wins anyways.

Bridesmaids: Excerpt from Riese Liveblog of the Golden Globes:

I think Bridesmaids is SO overrated. Y’all, women have been making fucking awesome comedies for years, do not act like women just got born this year ’cause you’ve not bothered to release any of their movies since like 2005.

My Week With Marilyn: I preferred my own week with pictures of faux Marilyn. Just kidding, I obvs did not see this movie.

The Animated Shorts: I absolutely love the animated short catagory. I always try to find ways to see the shorts before the Oscars air. I like having a team to cheer for. Although Pixar’s La Luna will be airing before their upcoming film Brave and A Morning Stroll is currently only on view in film festivals, The Fantastic Flying Books of Mr. Morris Lessmore, Wild Life and Dimanche/Sunday are all currently available to watch at their production studios’ websites. 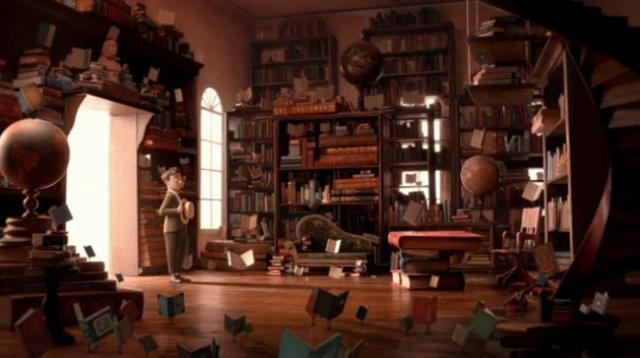 STILL FROM THE FANTASTIC FLYING BOOKS OF MR. MORRIS LESSMORE

If you really care about what’s important in the Oscars, you should check out the Oscar cute dog showdown.

And the Nominees Are…

Cinematography:
The Artist
The Girl With the Dragon Tattoo
Hugo
The Tree of Life
War Horse

Documentary Feature
Hell and Back Again
If a Tree Falls: A Story of the Earth Liberation Front
Paradise Lost 3: Purgatory
Pina
Undefeated

Documentary (short subject):
The Barber of Birmingham: Foot Soldier of the Civil Rights Movement
God Is the Bigger Elvis
Incident in New Baghdad
Saving Face
The Tsunami and the Cherry Blossom

Film Editing:
The Artist
The Descendants
The Girl With the Dragon Tattoo
Hugo
Moneyball

Visual Effects
Harry Potter and the Deathly Hallows Part 2
Hugo
Real Steel
Rise of the Planet of the Apes
Transformers: Dark of the Moon

Join A+
Related:the girl with the dragon tattoothe oscars