After weeks of little to no communication, confusion and contradiction about the date of the decision, the pre-emptive institution of a state of emergency, and increased threatening police presence, a decision by the grand jury regarding Darren Wilson’s shooting of Michael Brown on August 9, 2014. Tonight, the announcement came that the grand jury did not indict Darren Wilson for his shooting of Michael Brown.

Brown’s family has asked for 4 1/2 minutes of silence immediately after the announcement of the decision in honor of their son’s memory. 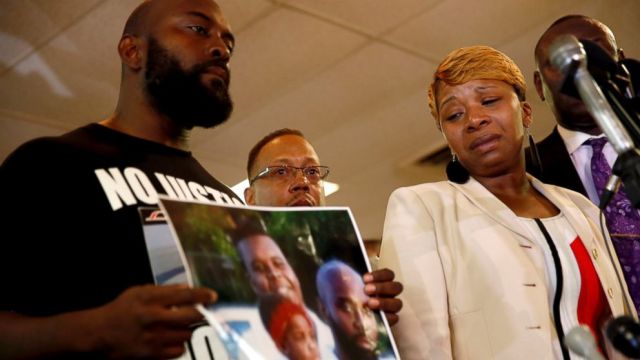 The grand jury considered whether to indict Darren Wilson on any combination of a number of charges: first-degree murder, second-degree murder, voluntary manslaughter or involuntary manslaughter. Outside of the grand jury decision, it’s still technically possible that Wilson could still be subject to a Justice Department investigation at the federal level, having his police license stripped, or a civil lawsuit. However, these options are unlikely; past precedents show that these are all options that are rarely taken up, and aren’t always effective:

More than two years into the investigation of the death of another unarmed black teen, Trayvon Martin, the department has yet to come to a decision on whether to bring charges against George Zimmerman, the man who killed him.

The grand jury process is fairly dense and confusing when viewed from the outside; the Washington Post has a breakdown of it here, as does the AP. Important takeaways are that the grand jury isn’t a trial itself, just a process by which to decide whether something will go to trial at all. The standard of proof is lower than in “regular” criminal court — grand jurors only need to decide whether there’s probable cause to believe Wilson committed a crime, not “proof beyond a reasonable doubt.” Also, the jury doesn’t need to be unanimous on their decision — only 9 of the 12 jurors need to agree on it. It’s not clear when we’ll see what evidence was presented to the grand jury — McCulloch’s office has said that they’ll release the evidence even without a judge’s approval, but it’s unclear how long that will take. The state is under no legal obligation to release the names of the jurors, but sources say that 9 of the jurors were white, and only 3 Black or African-American.

can we just take a moment and #Ferguson #MikeBrown pic.twitter.com/kJucb4cCHY

Just days before the decision was handed down, activists examined video evidence that suggests that Mike Brown was in fact a full 148 feet away from Darren Wilson’s SUV when he was shot, and not 35 feet, as claimed by Ferguson police. The grand jury ruling also comes in the midst of reports that Darren Wilson may plan to resign rather than return to the police force, not because he believes he did anything wrong but to “help ease pressure and protect his fellow officers.” Wilson has reportedly expressed that he didn’t want to turn in his resignation unless the grand jury returned a decision that was favorable to him, so that he wouldn’t appear to be admitting guilt.

Insane RT @OwlsAsylum: RT @Bipartisanism: EVERYTHING in #Ferguson is locked down including the public mail system. pic.twitter.com/d28J8GDSbu

Even before the grand jury decision was released, Ferguson and the surrounding areas have been in a state of high tension. Schools in the Jennings School District closed Monday and Tuesday in anticipation of the ruling; local businesses were advised to board up their windows in anticipation of riots, although some businesses chose to demonstrate their faith in their communities and peaceful protest by electing to leave their windows unprotected. Although the mayor of St. Louis, Francis Slay, declared that “If protesters are non-violent, police will not be aggressive,” the increased police presence and declaration of state of emergency have many anxious about violent repercussions for protesters.

Protesters setting up a tent near #Ferguson police dept. It's cold here! So windy police can't use tear gas. pic.twitter.com/dfdM7h5RHD

Since Brown’s death and the increasing tension around the grand jury ruling, there’s been an atmosphere of increased visibility and awareness around the murders of other young Black and brown people by police. To name just a few, the list includes Vonderrit Myers, Tanesha Anderson, Kajieme Powell, Vernicia Woodard, John Crawford, Darrien Hunt, and just yesterday Tamir Rice, who was only 12 years old. Just yesterday protesters in the Shaw neighborhood of St. Louis marched to block off Kingshighway Boulevard in remembrance of Vonderrit Myers. Connections are also being made in activist spaces to link different judicial injustices, like the event being held in Chicago this evening in solidarity with both Ferguson and Marissa Alexander (who accepted a plea deal today).

The conversation about Ferguson, Mike Brown’s death, and what justice looks like in our communities isn’t over. Here are more ways to get involved:

Information and resources about protests and safe spaces/sanctuaries